A criminal justice overhaul and income tax cuts also are high priorities for the Republican governor-elect, and legislative leaders said they expect her priorities to be the top issues of the regular session.

"The governor's agenda is going to suck a lot of the air out of the room," said House Republican leader Marcus Richmond of Harvey.

Sen. Jonathan Dismang, R-Searcy, said he expects "the unexpected" in the regular session with many new lawmakers serving in the House and Senate, and Sanders' administration fleshing out the details of her proposals.

[Keep up with the latest from the Arkansas Legislature » arkansasonline.com/legislature/]

The Republican-dominated Legislature is expected to consider changing state law to require employers who opt to cover abortion services or travel expenses related to abortions for employees to provide 16 weeks of paid maternity leave to employees who are residents of Arkansas, to require Arkansas Medicaid coverage for postpartum care for mothers for one year after giving birth, and to allow abortions in cases of rape or incest.

Current state law allows for abortions to save the life of the mother in a medical emergency.

Legislators will approve the next fiscal year's general revenue budget and decide how much money to give public schools, human services, colleges and universities and other programs, and determine what to do with $1.3 billion in unallocated surplus general revenue.

She is a former White House press secretary for President Donald Trump, who is seeking the Republican nomination for president in 2024. Hutchinson is weighing a run for the GOP presidential nomination, too.

Asked whether she is supporting any candidate for president at this time, Sanders said in an interview Thursday that "right now I am totally focused on Arkansas and getting ready for our first session here."

Sen. Linda Chesterfield, D-Little Rock, said "I am praying for the governor because if she succeeds the state of Arkansas succeeds.

"My Bible says pray for our leaders," she said.

The Senate and House education committees have recommended $4,000 teacher pay raises in their respective educational adequacy recommendations and increasing the annual minimum teacher salary from $36,000 to $40,000 a year.

The Senate committee's proposal also calls for merit pay raises under which districts could pay more for teachers who specialize in a needed subject such as physics or incentivize teachers to stay in the classroom rather than move into higher-paying administrative jobs.

"I haven't made a secret about what my biggest priority is. It's education," Sanders said Thursday in an approximately 15-minute interview with the Arkansas Democrat-Gazette.

"I have laid out kind of the big pieces," she said. "Now we are working with the Legislature and we have been meeting with them frequently, building out what these things look like. But my priorities are all the things that we laid out in the campaign through the LEARNS initiative."

Asked about what her plan would mean for a teacher pay raise, Sanders said Thursday that "I think that is a negotiation between members of the Legislature.

"But I think any legislative package on education has to include a teacher pay increase," she said.

Asked about whether she wants the state to provide the same amount of money for each student to parents of students in private education and who are home schooled as the state provides to public schools for each student, Sanders said, "I don't think it is flat across the board, but I do think that we can do a better job of letting some funding follow the student [with] things like education savings accounts, stuff like that."

Parents of students attending private schools or who are home schooled wouldn't necessarily get the same amount as the state provides to the public schools for students, she said.

"It don't think it is like a switch that you flip on, but you do gradually over time," and phased in, Sanders said.

She said the proposal is being negotiated.

"Where you start doesn't necessarily dictate what the legislation looks like in the end, but I have some things that I have laid out as priorities and I want to see all of them included in a legislative package," Sanders said.

Pre-kindergarten is important to improving literacy, "so giving a much better leg up on the front end through pre-K access has to be part of the conversation" Sanders said.

She said workforce development will be part of the education legislation.

"It is the readiness piece [of the LEARNS initiative]," Sanders said. "It is making sure students are prepared to go into the workforce and doing a better job from an earlier point in the system preparing students for that."

She said she wants to streamline and better coordinate workforce development efforts throughout state government.

As far as rolling several education measures into one bill, House Democratic leader Tippi McCullough of Little Rock said "I wish it wouldn't be done that way, but I don't have much control over that."

As far as Sanders' education overhaul plan, Richmond said "the devil is going to be in the details and I haven't seen the details.

"If there is anything about vouchers and home schooling and how that is paid for out of state funds, [school district] superintendents will be concerned about that," he said, and that will require an explanation.

Sanders said Thursday she would sign a bill that mirrors Florida's law that bars classroom discussion by public school personnel about sexual orientation or gender identity in kindergarten to third-grade classes.

"I think it is our responsibility to protect kids, and I think, like the Florida legislation laid out, K-third grade that is not something that we need to focus on in the classroom," she said. "That is a conversation for parents to have with their kids. Right now, I think our schools need to focus on teaching our kids how to read, and write and do math, and we are not doing that very well."

Sanders said "I would support banning CRT [critical race theory] in our classrooms."

Asked how she defines critical race theory, she said, "I think you have to look at the curriculum. I think one of the biggest pieces is less about blocking and more about transparency for parents. I think that's the biggest piece that gets left out of the conversation. It is less about block, block, block and more about parents understanding and knowing what and how their kids are being taught."

McCullough said "there is a lot of talk about literacy, but I don't want us to go down a censorship road."

Sen. Ben Gilmore, R-Crossett, who is working with Rep. Jimmy Gazaway, R-Paragould, on criminal justice legislation, said "we are continuing to work with our incoming governor, attorney general [Tim Griffin], and other key stakeholders on this bill.

"We look forward to filing this comprehensive approach to address our broken parole system and keep repeat violent offenders off our streets in the early weeks of the session," he said in a written statement.

As for criminal justice legislation, Sanders said, "we are in drafting stage.

"We have certainly agreed in principle," she said. "Now we are building on the substance of what those things look like."

The state needs more prison beds because it has a capacity just more than 16,000 beds and more than 17,000 offenders who need to be in prison, Sanders said. The state needs a temporary solution to house these inmates at a minimum, she said.

In November, Hutchinson proposed a $314 million increase in the state's general revenue budget to $6.33 billion for fiscal year 2024, which begins July 1, 2023, and ends June 30, 2024. The departing governor earmarked $200 million of the proposed increase for the public schools to help boost teacher salaries.

That would leave a projected general revenue surplus of $254.9 million in fiscal 2024, he said.

At that time, state budget director Robert Brech said the governor's proposed general revenue budget would provide flexibility to at least raise the minimum teacher pay from $36,000 to $40,000 a year, and there is leeway in the proposal to increase that salary threshold. The proposed budget would provide all teachers with a $4,000 raise, he said.

In her campaign, Sanders pledged to begin phasing out the state's individual income tax.

Asked about details of her tax cut plan, she said Thursday "we want to do it responsibly.

With a potential looming recession, the good news is the state has a sizeable catastrophic reserve fund in addition to sizeable unallocated general revenue surplus to tap to weather a downturn in the economy in the future, he said.

The finance department's Nov. 10 forecast projects a general revenue surplus of $598.1 million at the end of fiscal 2023 on June 30. The state's chief economic forecaster, John Shelnutt, said Wednesday another $1 billion-plus surplus "is possible" in fiscal 2023.

McCullough said she expects a House Democrat to introduce a bill that would allow abortions in cases of rape or incest.

Asked whether she would sign or veto a bill that would allow abortions in cases of rape or incest, Sanders said "I would have to look at the specifics of the legislation.

"I am unapologetically pro-life," she said. "I am proud of the fact that Arkansas is the most pro-life state in the country, I don't want to see that change, but I would have to look at the specific legislation before I weighed in."

The state's existing law bans abortions except to save the life of the mother in a medical emergency.

He has said he wants to discourage employers from paying for women to get abortions out of state because such actions circumvent Arkansas' state law banning abortions except to save the life of the mother in a medical emergency. He said he also wants to see more paid maternity leave.

As a result, "Medicaid clients who are no longer eligible or who do not respond to renewals could begin losing coverage in April even if the PHE [Public Health Emergency] remains in effect," he said.

"We know that the end date of the Public Health Emergency (PHE) will be extended this month because states were not provided a 60-day notice ahead of the current end date," Lesnick said in a written statement.

"While we have considered different scenarios, we do not have an estimate specific on the number of clients who may lose coverage," he said in a written statement Wednesday. "DHS can provide the total number of clients who have had their coverage extended because of the PHE, though it is important to note that this is not an estimate of who will lose coverage. That number as of today is 414,483."

He said the enhanced match rate will be phased out through the end of the year.

Shepherd said the regular always seems to end up lasting around 90 days, but it's lasted longer at times and ended sooner at times. 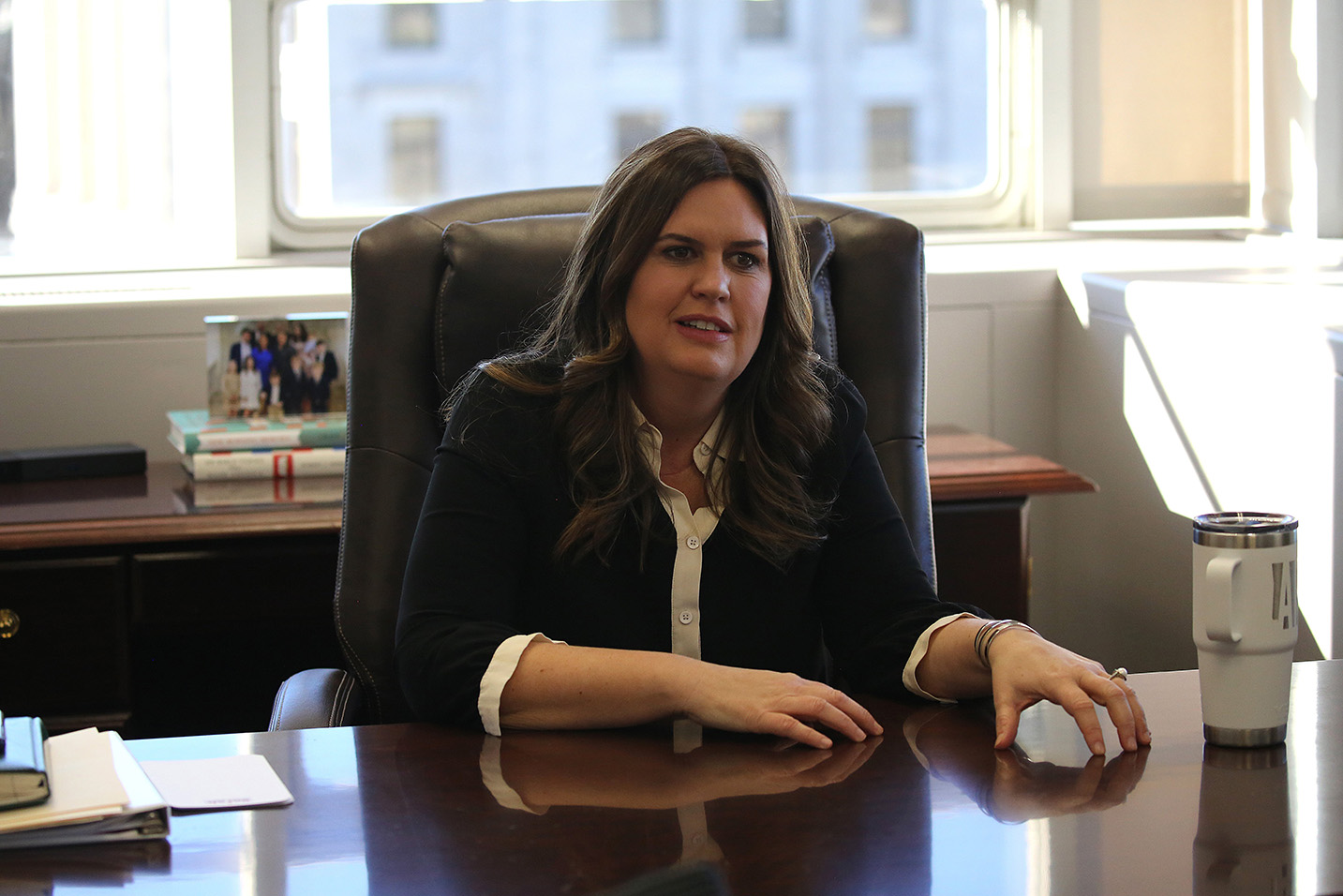