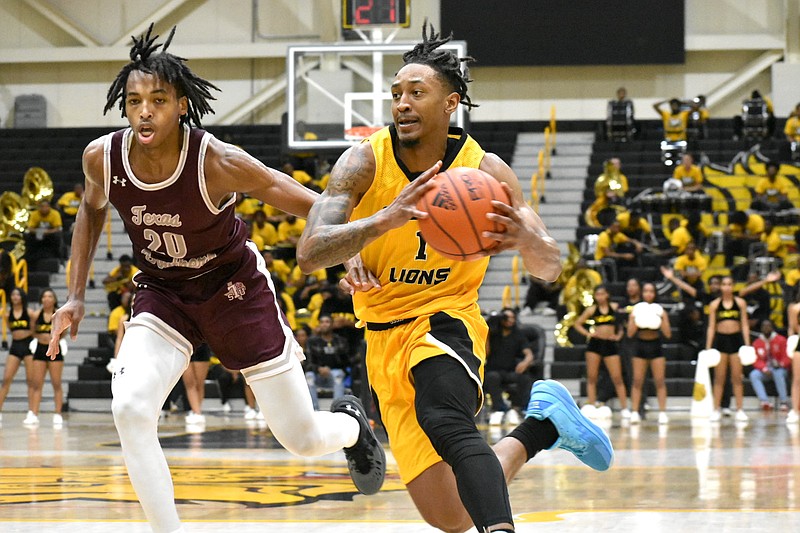 Kylen Milton of UAPB attacks the basket against Kehlin Farooq of Texas Southern in the second half Saturday at H.O. Clemmons Arena. (Pine Bluff Commercial/I.C. Murrell)

Behind a double-double for Shaun Doss Jr. and 20 second-half points for Kylen Milton, UAPB overcame a 12-point deficit early in the second half and defeated Texas Southern for the first time since 2020, winning 70-66 at H.O. Clemmons Arena.

Doss scored 22 points and totaled 10 rebounds. The graduate student was on the UAPB roster the last time the Golden Lions beat the Tigers -- 74-72 in overtime on Feb. 24, 2020 -- but did not play, according to statistics from the game.

The Tigers won the next six meetings before Saturday, when UAPB (5-11, 1-2 Southwestern Athletic Conference) clawed back from trailing 50-38 with 13:35 to play.

"We just had to lock in on defense because defense is going to win us games," said Milton, who was scoreless in the first half. "All respect to them; they came out and played hard, but we just finished the game better."

The Golden Lions' defensive pressure led to 22 turnovers by the Tigers, off which UAPB scored only 19 points.

The Lions dodged the cellar of the conference, which it had shared with the two-time defending SWAC tournament champion Tigers (4-12, 0-3), and improved to 5-0 at home this season.

"We always say, 'Protect the crib,'" Milton said. "We had to come out here and play hard and got the 'dub'."

The Lions pulled to within 40-38 before the Tigers rattled off a 10-0 run for their largest lead. Two lay-ins by Ismael Plet (8 points) keyed a 12-0 Lions spurt to narrow the Tigers' lead to 52-50, and UAPB eventually tied the game at 56-all on a Milton 3-pointer.

"We got up to the line and started pressuring," UAPB Coach Solomon Bozeman said." We picked up full-court and got in our press and denied them and started taking stuff away. I thought that changed the entire game for our team."

Next for UAPB is a home game against Prairie View A&M at 7:30 p.m. Monday.

Jelissa Reese scored 20 points and totaled six rebounds for UAPB, which has won three straight at H.O. Clemmons Arena since a season-opening loss to the University of Arkansas. Reese shot 10 of 16 from the floor and had five assists.

"Our defense creates our offense. That's what our coach always preaches," Reese said. "We really try to lock in on defense."

UAPB Coach Dawn Thornton said Reese, a sophomore transfer from Troy University, was recruited to be a role-player.

"Her being able to fill the gaps, she's one player who wants to be able to do the things we need her to be able to do. Her defense is her best offense, and she gets going early. That's something we look forward to."

Maya Peat turned in her second-straight double-double, 19 points and 12 rebounds, for UAPB. She made 9 of 10 free throws.

"I'm really motivated by my teammates," said Peat, who had 15 points and 14 rebounds against Alabama State University on Wednesday. "I give them all the credit. They keep me uplifted. I feel like I'm doing it for my teammates."

Coriah Beck also had 10 points and seven assists in the win.

The struggles did not slow down Gray, a big part of the Lady Tigers' four-guard lineup, who made 15 of 28 field goals, including 7 of 13 from 3-point range. She was Texas Southern's only double-digit scorer.

"She's going to be freshman of the year," Reese said. "You can't do nothing but give it all you got against her. We was all over her and she still made it." 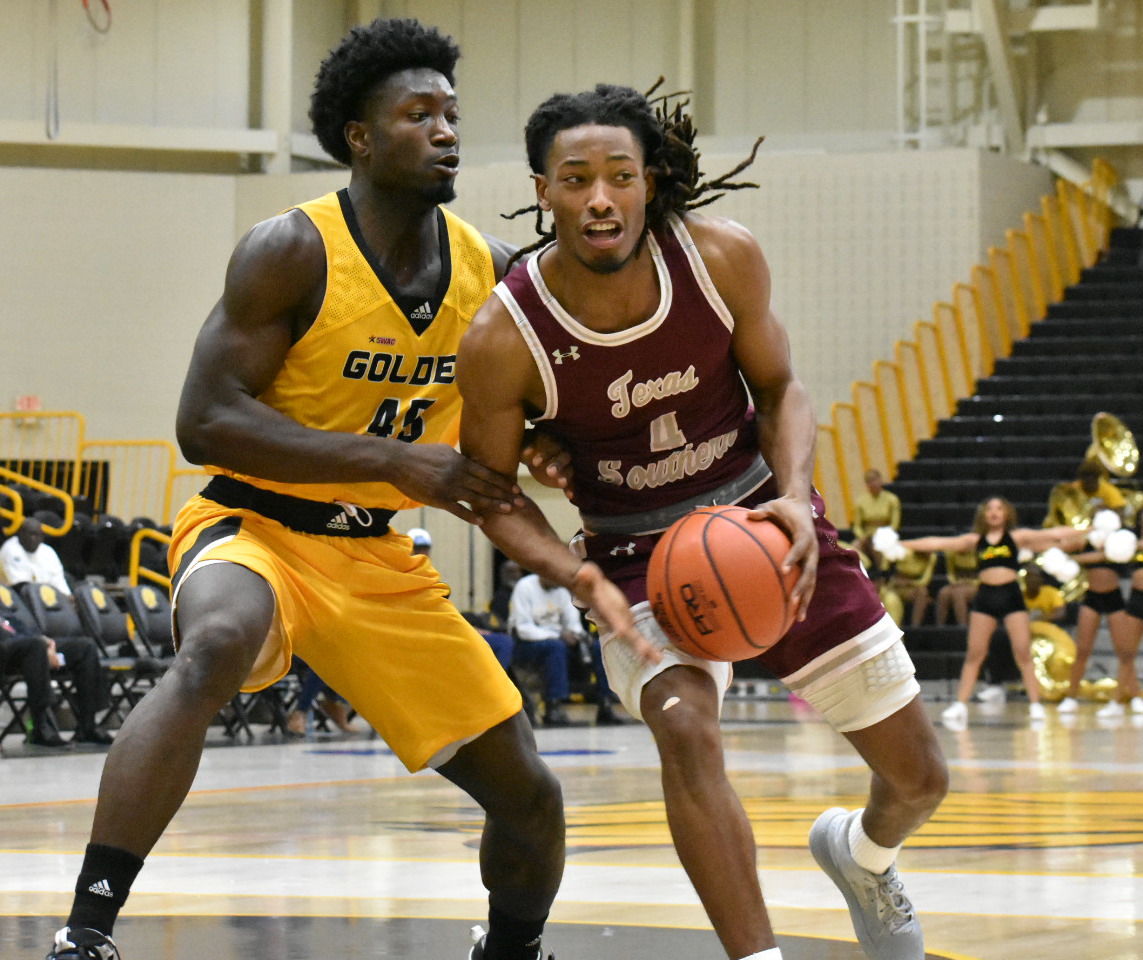