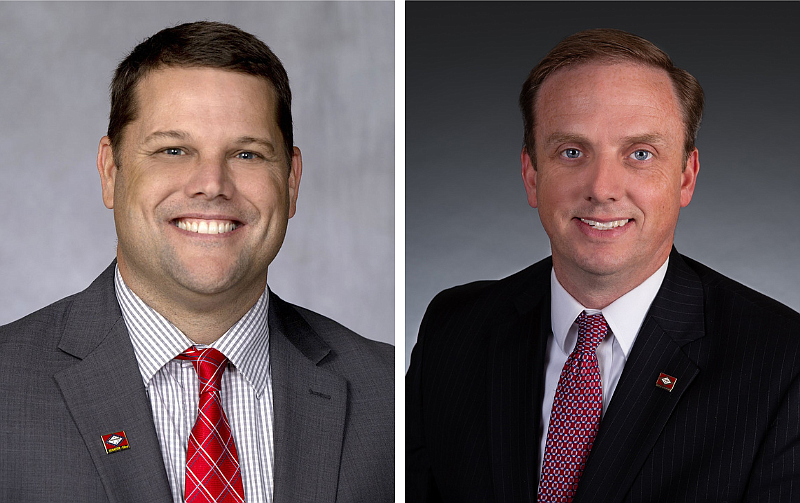 Hester told senators that education reform, criminal justice reform, and tax reform will be at the top of the agenda, and he wants to keep senators in the loop.

“Let’s get Sarah Huckabee Sanders sworn in tomorrow and let’s go to work,” Hester said of the governor-elect.

Matthew Shepherd, R-El Dorado, was elected to an unprecedented third term as speaker of the Arkansas House shortly after state chambers convened.

[Keep up with the latest from the Arkansas Legislature » arkansasonline.com/legislature/]

Lawmakers in a near unanimous vote returned the gavel to Shepherd, 46, within 30 minutes of the House gathering at noon for Arkansas’ 94th General Assembly. Shepherd, a lawyer from El Dorado, faced no opposition in his bid for the seat.

Rep. Hope Duke, R-Gravette, was the lone holdout in the vote. Democratic Representative Deborah Ferguson was not present.

Shepherd, who was first elected as speaker in 2018, will command the largest Republican majority in the House since Reconstruction. As speaker, he has the power to select committee chairs and help form the chamber’s agenda and rules.

“I think I speak for more than just myself when I say thank you for selecting me on the first and not the 15th ballot,” said Shepherd, in allusion to the protracted fight for the speakership of the U.S. House last week. “This body prides itself on not reflecting D.C. politics and we’re off to a great start once again."

In his speech, Shepherd said he was optimistic for the coming session and said he “wouldn’t characterize any potential issue as absolutely destined to be contentious.”

Information for this article was contributed by Will Langhorne and Neal Earley of the Arkansas Democrat-Gazette.