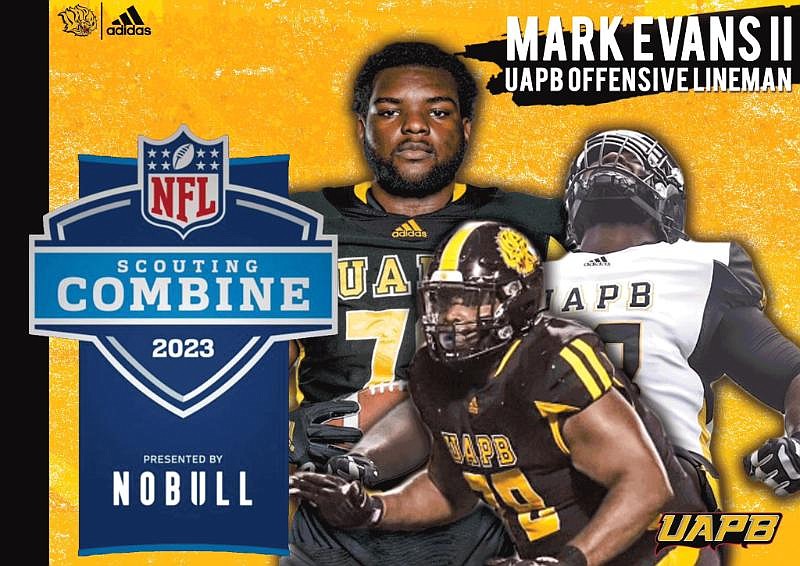 Mark Evans II will be among about 300 of the top football prospects in the nation to attend the NFL scouting combine. (Special to The Commercial)

The University of Arkansas at Pine Bluff's Mark Evans II accepted an invitation to the NFL scouting combine, the graduate offensive lineman announced on social media.

The invitation-only event brings about 300 of the top football prospects in the nation to Lucas Oil Stadium in Indianapolis for a week of drills and a chance to improve their NFL draft stock, according to a UAPB news release.

Evans is the first UAPB player to be invited to the combine since OL Terron Armstead (Miami Dolphins) in 2013. The combine will take place from Feb. 28 through March 6 and will be televised live on the NFL Network.

Football Championship Subdivision ranks Evans as one of the top (FCS) linemen in the country, one of the top HBCU draft picks for the upcoming selection, and on the radar of several NFL teams' draft boards.

Evans had 521 snaps with a 93% overall grade and only two sacks the entire season.