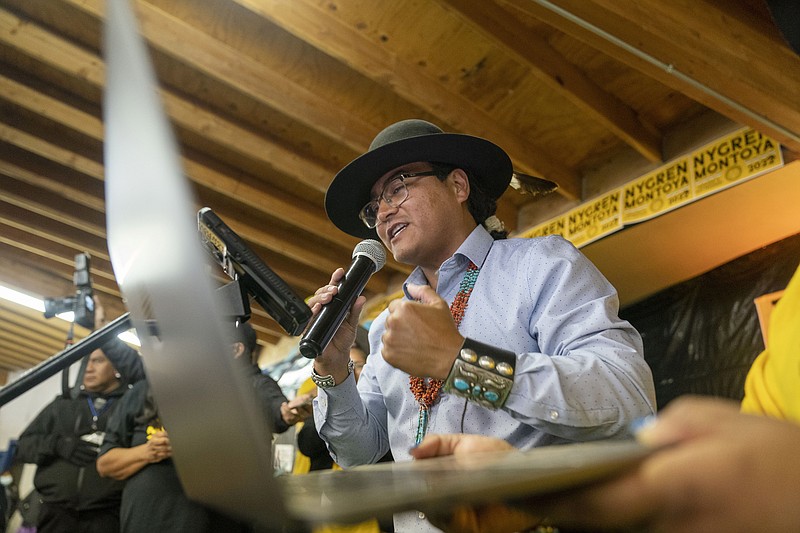 FILE - Buu Nygren announces his win for the Navajo Nation president as he reads tabulated votes from chapter houses across the reservation at his campaign's watch party at the Navajo Nation fairgrounds in Window Rock, Ariz., on Tuesday, Nov. 8, 2022. Nygren will be sworn in Tuesday, Jan. 10, 2023, as the next president of the vast Navajo Nation. It's a job that will test his ability to make good on promises to deliver water, electricity, and broadband to the tens of thousands who don't have it. (AP Photo/William C. Weaver IV, File)

FORT DEFIANCE, Ariz. -- Buu Nygren was sworn in Tuesday as the next president of the vast Navajo Nation, a job that will test his ability to make good on promises to deliver water, electricity and broadband to tens of thousands of residents who don't have it.

Nygren beat out incumbent President Jonathan Nez in the tribe's general election by about 3,500 votes.

The office heavily intersects with the federal government, as do other tribes that receive federal funding for services like housing, health care, education and public safety. The Navajo Nation also owns property in Washington, D.C.

Nygren was joined by his wife and child as he took the oath of office during a ceremony that included an introduction that highlighted successes that helped him ascend as the youngest person to hold the tribal presidency.

He said his administration's mission will be to bring basic services, better roads and improved public safety to the Navajo Nation.

Nygren, 36, had never held political office before now, though he was a vice presidential candidate in 2018. His vice president, Richelle Montoya, is the first woman in the position.

The inauguration took place at an indoor arena in Fort Defiance, just north of the tribal capital of Window Rock. It will be followed by a public luncheon at the fairgrounds in Window Rock, a gospel celebration, a dance, a comedy show, a powwow and an inaugural ball.

The Navajo Nation is the largest Native American reservation in the U.S. at 27,000 square miles. It stretches into parts of New Mexico, Arizona and Utah. Its population of around 400,000 is second only to the Cherokee Nation of Oklahoma.

Nygren brought an energy to the presidential race that resonated with voters, campaigning with his wife, former Arizona state Rep. Jasmine Blackwater-Nygren.

Nygren was raised on the Utah portion of the reservation by his late mother in a home without electricity or running water, he said. He has a background in construction management and has said he expects tribal citizens to hold him accountable as president.

Nygren pledged to work closely with the 24 members of the Navajo Nation Council who also were sworn in Tuesday along with other elected officials. About one-third of the council will be women -- a record number.

Some of the women delegates' priorities include infrastructure, addressing social ills and generational trauma, bolstering law enforcement, managing a budget and ensuring a continued focus on the epidemic of missing and slain Indigenous people.

Nez and the previous council laid the groundwork for infrastructure projects using money the tribe received in federal coronavirus relief aid, but Nygren has said those decisions may need to be revisited. 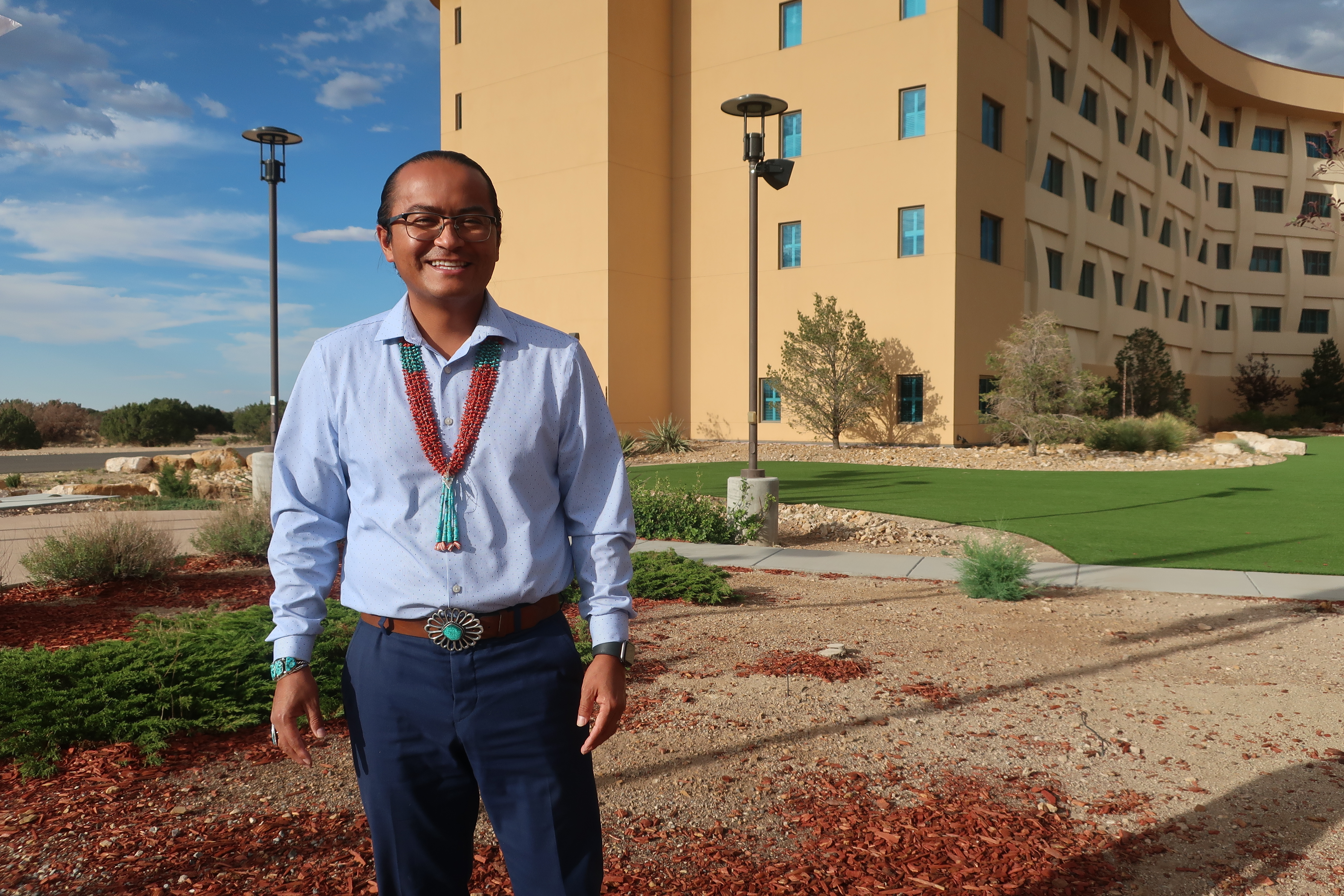 FILE - Buu Van Nygren poses for a photograph before a Navajo Nation Presidential forum at a tribal casino outside Flagstaff, Ariz., on Tuesday, June 21, 2022. Nygren will be sworn in Tuesday, Jan. 10, 2023, as the next president of the vast Navajo Nation. It's a job that will test his ability to make good on promises to deliver water, electricity, and broadband to the tens of thousands who don't have it. (AP Photo/Felicia Fonseca, File)