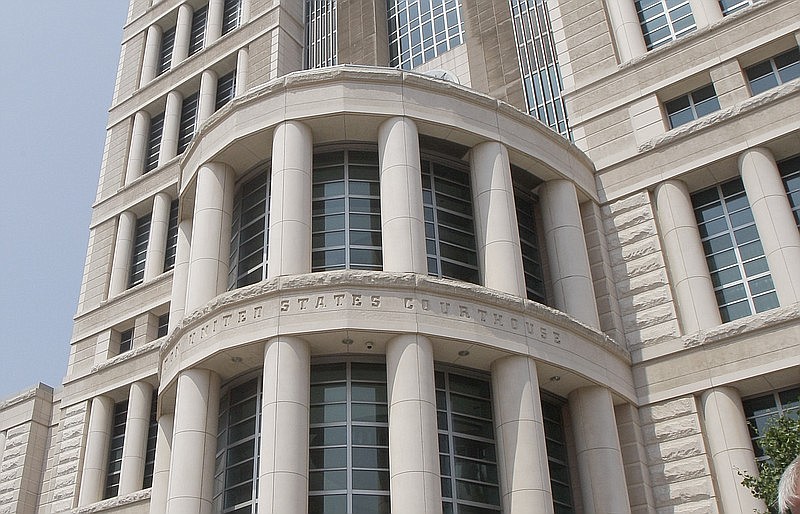 A federal appeals court heard oral arguments Wednesday from attorneys for the American Civil Liberties Union, the U.S. Department of Justice and from the Arkansas solicitor general in a case that will likely have far-reaching implications in the enforcement of the Voting Rights Act of 1965 and has the potential to set a precedent for the entire country should the case find its way to the U.S. Supreme Court.

Appealing a February 2022 ruling by U.S. District Judge Lee Rudofsky that could close the door on individuals' having the ability to sue over voting rights infringements under the Voting Rights Act, the attorneys argued before the 8th Circuit Court of Appeals that Rudofsky made a mistake in finding that Section 2 -- which prohibits voting practices and procedures that discriminate on the basis of race -- contains no express or implied individual right of action to bring such claims. Instead, he said, such actions can only be brought by the U.S. Attorney General.

His ruling stands in direct contradiction to the U.S. Department of Justice's long-held position, stated in briefs filed with Rudofsky's court, that "private parties ... have the ability to enforce Section 2 of the Voting Rights Act ... through a private right of action."

Rudofsky's ruling upended nearly 60 years of precedent that saw individuals suing -- and winning -- in federal court challenges over barriers to voting. Critics have said that if allowed to stand, the ruling could further weaken the Voting Rights Act, which has been steadily weakened over the past decade by losses in the Supreme Court.

The Court struck down Section 5 nine years ago in a ruling that removed the requirement that states with a history of discrimination get approval by the federal government to implement new election laws or practices. Chief Justice John Roberts cast the deciding vote when a sharply divided court struck down that part of the Voting Rights Act that determined which states and counties were subject to the preclearance requirement.

In the wake of the 2013 Shelby County v. Holder ruling, many states, including Arkansas, began passing laws putting in new requirements for voters, such as ID requirements, signature matching requirements, and other measures that critics say have the effect of suppressing minority voters.

In late December of 2020, attorneys with the ACLU and ACLU of Arkansas filed a lawsuit on behalf of the Arkansas NAACP and Arkansas Public Policy Panel against the Board of Apportionment -- a three-member board consisting of Arkansas' governor, attorney general and secretary of state -- which is responsible for redrawing the state's legislative districts every 10 years after the decennial U.S. census.

The plaintiffs contended that the House map approved by the board with 11 majority-minority voting districts out of 100 districts statewide is an under-representation of the Black population of the state.

In a 42-page order filed Feb, 17, 2022, Rudofsky wrote that only the U.S. attorney general may sue to enforce voting rights under Section 2. He held off on dismissing the case for five days to give the Justice Department the chance to intervene in the matter, but after the Justice Department declined, Rudofsky dismissed the lawsuit without prejudice on Feb. 22, 2022.

Rudofsky said in his order that, "there is a strong merits case that at least some of the challenged districts in the Board Plan are unlawful," but noted "the Court cannot reach the merits."

Sophia Lin Lakin, co-director of the ACLU's Voting Rights Project, told the panel that Rudofsky's decision was the first time individual plaintiffs had been denied the right to challenge voting rights violations under Section 2.

"For over 40 years, dozens of federal courts have heard hundreds of Section 2 claims brought by private plaintiffs, including at least 10 in the Supreme Court and 18 in this court," Lakin told the panel. "In that time, not one court denied private plaintiffs their day in court because of a lack of private action."

But Arkansas Solicitor General Nicholas Bronni maintained that, at best, the private right of individuals to enforce Section 2 through the courts is "an open question."

"I don't disagree that Section 2 was intended to protect voting rights," Bronni said, but added that if a private right of action did indeed exist, Congress never addressed it.

"Congress was aware of this question," he said, "but chose not to do anything about it."

Justice Department attorney Jonathan Backer said the issue of private enforcement should never have been raised to start with, "because it isn't a jurisdictional question."

He told the panel that for more than a half-century, the understanding of Congressional intent by the federal government has been that the right of private individuals to sue to protect their voting rights was inherent in the Voting Rights Act.

"If this court reaches the question of whether the right is privately enforceable, the answer is clear. Yes, it is," Backer said. "Congress always intended private enforceability since 1965."

Following Wednesday's hearing, ACLU of Arkansas Legal Director Gary Sullivan said that should the panel reverse Rudofsky's ruling, it could remand the case back to him for further consideration.

"If that should happen," Sullivan said, "Judge Rudofsky could then rule on the merits of the case."

Sullivan said that until the 8th Circuit rules, the question remains in the hands of individual judges, but once a decision is handed down, that ruling will be binding throughout the seven-state 8th Circuit made up of Arkansas, Iowa, Minnesota, Missouri, Nebraska, North Dakota and South Dakota.

"It will be a binding precedent unless it goes to the U.S. Supreme Court," he said.

If the Supreme Court agrees to take up the case, Sullivan said, its ruling will be binding nationwide but he said even an adverse ruling would not necessarily mark the end of the road for the Voting Rights Act.

"If we lose in the Supreme Court," he said, "that could be the impetus for Congress to act by writing legislation to codify the private right of action."

Information for this article was provided by The Associated Press.