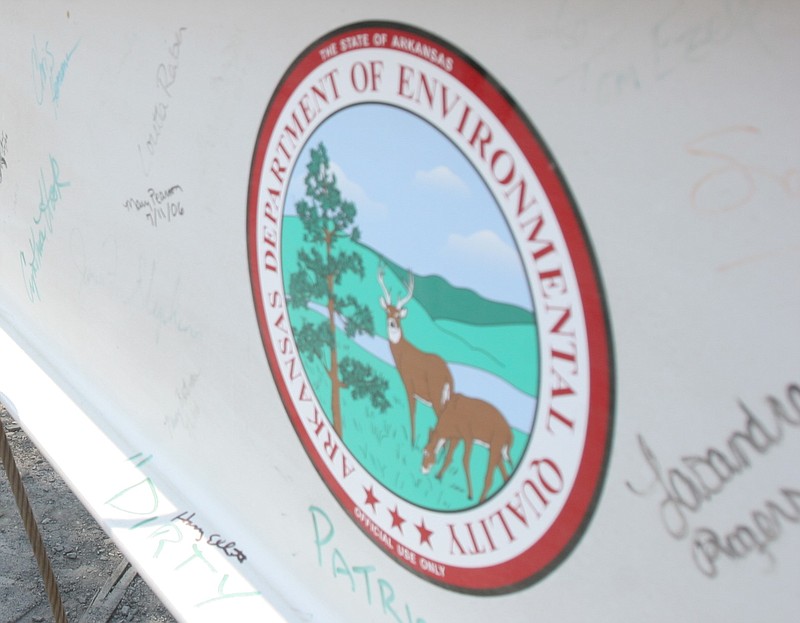 O'Neal has served as deputy director of global business at the Arkansas Economic Development Commission since 2018. The commission is an agency within the Arkansas Department of Commerce that aims to attract business and diversify the state's economy.

"I am ready to unleash my vision to make Arkansas the best place in the nation to start and grow a business alongside Clint O'Neal, who will serve as Executive Director of the Arkansas Economic Development Commission," Sanders said in a news release. "His nearly two decades of experience in this field will be invaluable as we work together with Secretary Hugh McDonald to foster a pro-business, pro-worker environment, attracting companies across the nation -- and world -- to bring thousands of high-paying jobs to Arkansas."

While serving as deputy director of global business, O'Neal led several divisions within the commission including business development, existing business and small business, and entrepreneurship development. As executive director of the agency, O'Neal will continue to manage these divisions and others while overseeing functions of the commission that include community resources, finance, legislative affairs and science and technology.

O'Neal will replace Mike Preston, who served as secretary of the state Department of Commerce and as executive director of the commission under former Gov. Asa Hutchinson. Sanders said during a news conference in December that Preston would transition to the private sector in Arkansas.

O'Neal said he is looking forward to promoting Arkansas "at home and abroad" alongside Sanders and McDonald.

"The team at AEDC is full of talented, economic development professionals who believe in the mission and work every day to make Arkansas a top business destination. I'm honored and excited to lead the organization that gave me the opportunity to start my career in economic development over 15 years ago," O'Neal said in the release. "It is a privilege to be entrusted to serve as Executive Director of AEDC at a time when Arkansas is gaining momentum and notoriety on the national and international stage. Arkansas has an outstanding business community and the tools companies need to succeed."

The Arkansas Senate will have to confirm O'Neal's appointment, said Alexa Henning, spokeswoman for Sanders.

McDonald, who Sanders announced she planned to appoint as head of the department in December, said he had full confidence in O'Neal's leadership.

"With his wealth of experience in economic development and his passion for supporting businesses and communities in Arkansas, Clint is a natural fit to lead AEDC," McDonald said in the release. "Clint has a proven record of reliable leadership, and he has demonstrated that he knows what it takes to bring new capital investment into our state and win new jobs for Arkansans."

"From the free-flowing waters of the Buffalo River to the rolling hills of the Ozark Mountains, Arkansas is proud to be the Natural State and enjoy clean air, land, and water," Sanders said in a news release. "We must continue to responsibly protect these precious resources -- which is why I am proud to be appointing Caleb Osborne to serve as DEQ Director and Chief Administrator of Environment."

Osborne has served as the associate director for the Office of Water Quality within DEQ and has worked on energy and environmental policy at the federal and state levels. He will replace Becky Keogh, who served jointly as secretary of the state Department of Energy and Environment and as director of DEQ.

"Having known Caleb for several years, I am excited to work closely with him in his new role as the DEQ Director and Chief Administrator of Environment," said Shane Khoury, newly appointed secretary of the Department of Energy and Environment. "With his tremendous experience and breadth of knowledge, I am confident that he will be an invaluable asset to the Department of Energy and Environment and play an integral role in protecting our environment for the well-being of all Arkansans while promoting economic and resource development."

State Sen. Missy Irvin, R-Mountain View, said she had worked with Khoury and Osborne and expected they would pursue policies that "would do a good job of maintaining a consistent environment in Arkansas and push back where they need to push back."

"They are very capable individuals and truly love Arkansas," she said Thursday.

Osborne, a native Arkansan, graduated from the University of Arkansas with a degree in political science. He received a law degree from The George Washington University in Washington, D.C., and a master's degree in public administration from Texas A&M University.

"The Division of Environmental Quality plays a crucial role in maintaining the beautiful natural environment and precious resources that make Arkansas the Natural State," Osborne said in the release. "I am grateful to Governor Sanders for giving me the opportunity to join with Secretary Khoury and the talented team at E&E in the vital work of protecting and enhancing our environment in a manner that promotes a vibrant economy and provides an exceptional quality of life for all Arkansans."

The Arkansas Senate will have to provide its advice and consent to Osborne's appointment, Henning said.

"Jeff brings a wealth of experience in media and government to this role. He will be a trusted member of my senior team, and I am confident in his ability to lead our communications efforts," Griffin said in a news release.

LeMaster has 20 years of experience in communications, including stints in print media, nonprofits and state government. He has served as chief of communications for the Arkansas Department of Parks, Heritage and Tourism and has worked in various roles at the Department of Energy and Environment.

LeMaster, a Little Rock native, received a bachelor's degree and a master's from John Brown University.