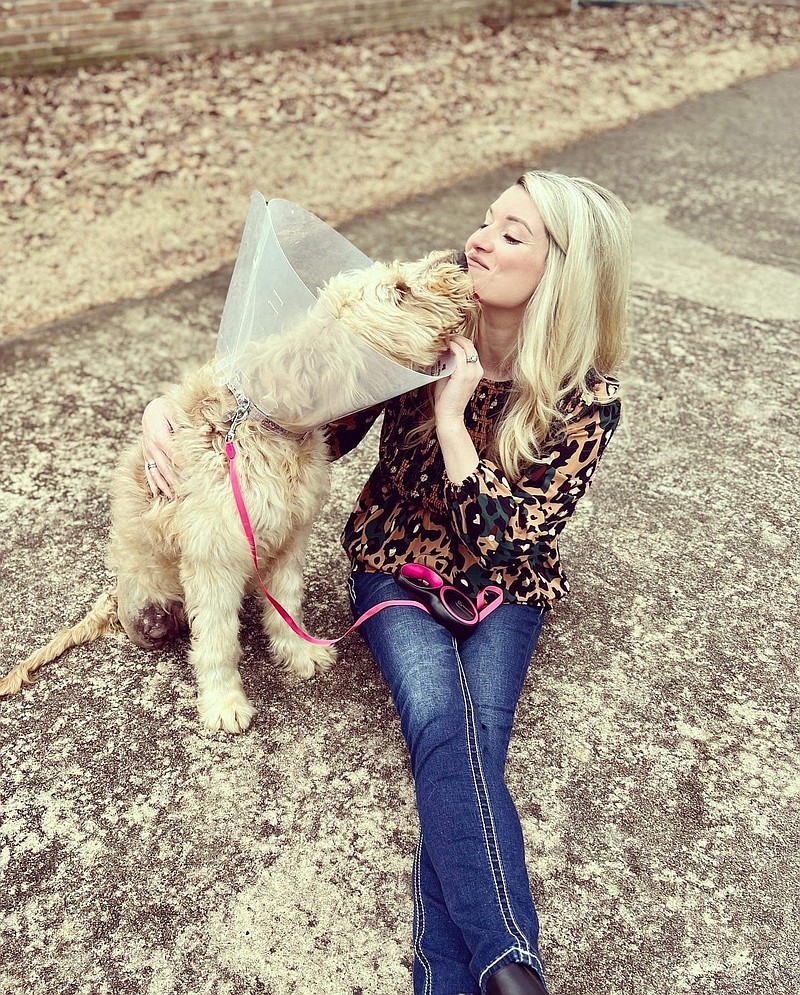 Maggie Summers of White Hall comes to the rescue of an injured labradoodle, which had to have her back right leg amputated at the hip after being found by the Pine Bluff Animal Control. (Special to The Commercial)

While waiting to pick up her son from school, animal lover and registered nurse Maggie Summers of White Hall had her heart broken into pieces after seeing a Facebook post by the Pine Bluff Animal Control on Jan. 3.

A malnourished labradoodle's back right paw was gashed and severed open so badly that only a skeletal paw remained. According to the post, the dog was found near James Matthews School on Dollarway Road and needed to see a veterinarian immediately.

"I saw the post and called the phone number," said Summers. "I was told the dog needed immediate medical care and legally they couldn't keep her there."

While inquiring about the dog's condition, Summers said a representative from Pine Bluff Animal Control informed her that they were going to euthanize the dog within the hour.

"I was told they had received several calls but no one at that time had stepped up to take care of the financial responsibility," said Summers. "They said they were going to put her down after lunch so I went up there and got her."

The administrative assistant of Pine Bluff Animal Control, Whitney Grauel, said she had put the post out on Facebook that morning as a plea for help.

"The city doesn't have the funding to provide medical assistance in these cases so we had no choice but to euthanize," she said. "That's why I put the plea out on Facebook so someone could come to the rescue."

"A match made in Heaven" is what Summers said officials described as the union between animal lover Summers and the injured dog.

"She immediately ran up to me and began licking me," said Summers, who with no hesitation asked to foster the injured dog. "She rolled over on her back and I began to rub her belly."

"He believed either her paw was caught in a trap or she escaped from a leash that was around her paw. She was nothing but bones weighing 35 pounds," said Summers, adding that a labradoodle is usually around 60 pounds. "He immediately got her comfortable and prepared her for surgery."

The dog was estimated by the vet to be at least 2 years old.

Summers said the leg was amputated at the hip. The surgery was a success and Summers was able to take the dog home the following Thursday.

"We've named her Halle Hop because she hops now," said Summers, who said the dog won't be needing a prosthetic leg. "She runs around with my son, follows me everywhere I go and lays down with me. She definitely knows she was rescued."

All medical bills have been taken care of, according to Summers, thanks to the generous donations that poured in after thousands saw the initial Facebook post made by Grauel.

According to Summers, a group all the way from Pennsylvania donated $1,000 toward Halle's medical bills, while others have purchased a kennel and bed.

"People are still trying to send donations but I told them no need to, she's mine now," said Summers. "What a wonderful and positive community story of people coming together for an animal."

With joy in her heart, a gleeful Summers is making it official by signing adoption papers for Halle.

"I wanted to adopt her immediately but couldn't adopt her until Friday," said Summers. "She will now officially be Halle 'Hop' Summers."

Summers said not all stories will have a happy ending like hers, and she is so thankful she was able to save Halle's life.

To assist with future cases, Grauel said after what happened last week to Halle, they decided to establish a medical fund to help provide life-saving treatment to animals in their care.

"Best Friends Animal Society has pledged to match all funds raised through Valentine's Day up to $5,000," she said.

Best Friends Animal Society is a nonprofit organization based in Utah that partnered with the Pine Bluff shelter last year to help the shelter become a no-kill shelter. Their mission is to rescue, rehabilitate and rehome animals in crisis.

Also through January the fee to spay, neuter and receive rabies vaccination will be waived for all adoptions. The adoption fee is $20. For more information contact the Pine Bluff Animal Shelter at (870) 543-5135.

This version updates the number to reach the Pine Bluff Animal Shelter. 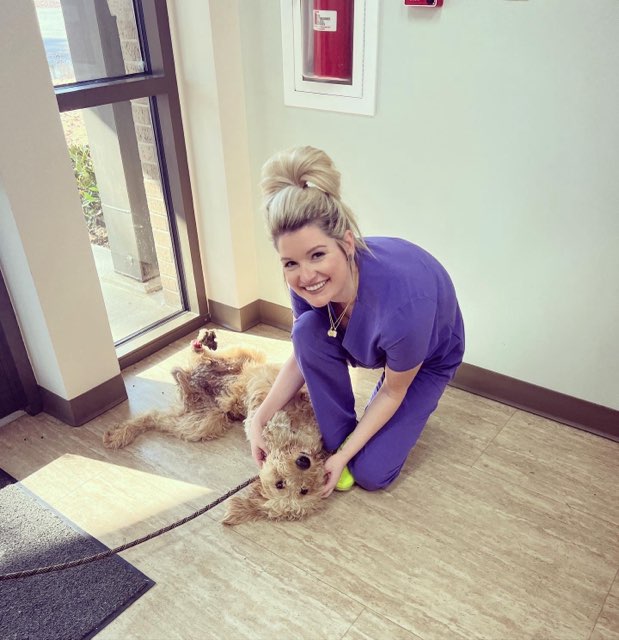 Halle "Hop" Summers is officially being adopted by Maggie Summers who saved Halle from being euthanized after she was found with her paw cut open exposing her bones. (Special to The Commercial)