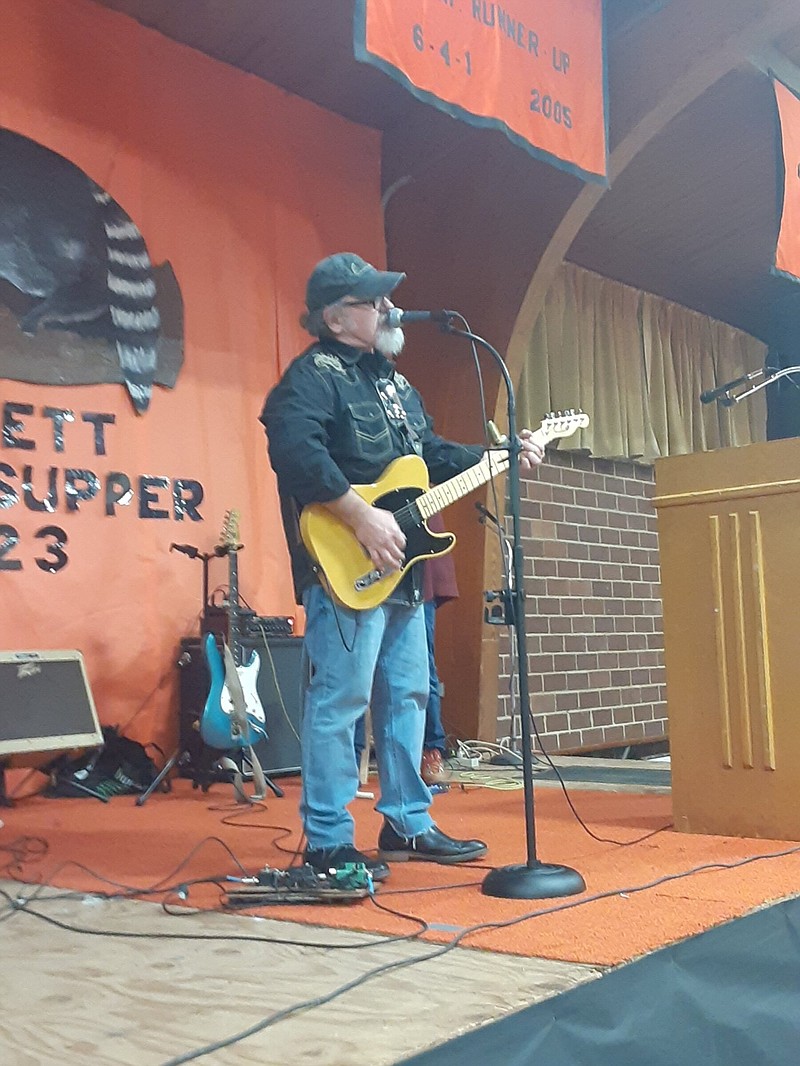 GILLETT -- Most aren't here for the gamey taste of barbecued raccoon, but none the less Arkansas' top politicos seemingly can't resist a plate of it.

Every year, the Coon Supper brings a who's who of politicians and lobbyists to Gillett in an Arkansas tradition unlike any other. The Coon Supper started off as a charity event to raise money for the area's local high school, but after the school closed in 2009 because of low enrollment, the proceeds now go toward college scholarships.

Packed inside a high school gymnasium in rural Arkansas County, a group of elected officials and local community members broke bread Saturday over plates of barbecued raccoon. Total attendance was about 450 people, a turnout that many called light, given that it was not an election year, said Chad Philipp, president of the Gillett Farmer's and Businessmen Club.

"Last year, we had a whole lot more elected officials here because it was an election year," Philipp said. "And so we're kind of the kickoff for the election cycle."

The event dates back to when hunters would gather to host dinners for their successful hunts, but in 1947 members of the Gillett Farmer's and Businessmen's Club started sponsoring the supper, according to the CALS Encyclopedia of Arkansas. Former Democratic Congressman Marion Berry, a native of Gillett, helped make the event into a must-attend for many elected officials throughout the state.

A pre-party is held on Berry's farm with barbecue, live music and drinks. Some attendees said they prefer the coon-less pre-party to the main event later in the evening. Proceeds from the pre-party go toward the Marion and Carolyn Berry Scholarship at Arkansas State University, which is awarded to a student who shows interest in public policy.

Bishop Woosley, the former state lottery director, has helped organize the pre-party with Marion Berry's son, Mitch Berry. Woosley said Marion Berry would host a fundraiser before the Coon Supper and decided to carry on the event after Berry retired in 2010.

"If we can continue it and raise money for scholarships and get to come here and grill and goof off and just have a party, why not?" Woosley said.

Woosley said attendance at the pre-party was a bit down this year, as many would-be attendees were tired from the week's inaugural festivities. Woosley estimated about 100 people were at the pre-party, down from the 200 to 300 people who might show during an election year.

State Rep. Mark McElroy first attended when he was the Desha County judge, and a Democrat. Now he's a Republican state representative.

"We put all partisanship aside -- I don't know if either side is crazy about coon, but we eat it," McElroy said. "Maybe that's what they need in Washington, D.C. We'll carry some coon up there for them."

McElroy, wearing a red windbreaker and hat bearing his name, said he's been coming to the event for 30 years, saying "anybody who's anybody" comes to the event.

"It's a way to network with politicians," McElroy said.