OPINION | BOTTLE SHOTS: Eschewing a ‘dry’ January with a glass of Port 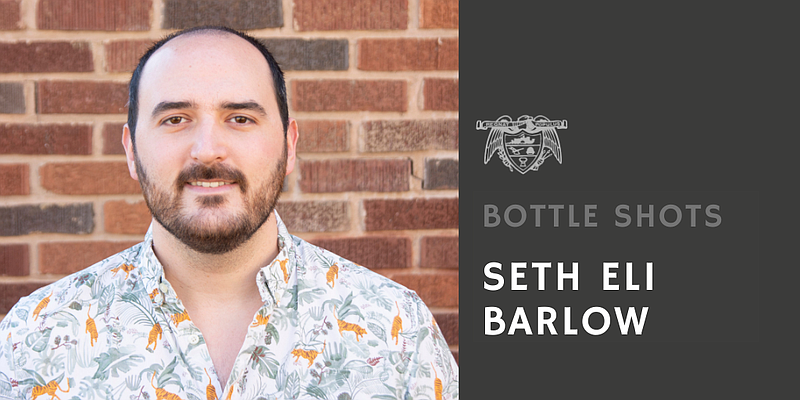 Like a lot of people, I tend to find myself drinking a little less in January. I'm certainly not attempting to do a "dry" January, but, for me, the month is just damp instead of sopping. I especially like to wind down the coldest nights with a comforting glass of Port, especially when it comes from one of my favorite producers: C.N. Kopke.

Kopke was founded in 1638 (making it the oldest Port house in Portugal) when Cristiano and his son Nicolau (the respective C. and N. of C.N. Kopke) moved from Germany to Portugal. It's widely considered one of the best producers of a Port style called Colheita.

Though far less well known than vintage Port, Colheita Port is essentially the same thing: a wine made from grapes that were all from the same harvest. What makes Colheita Ports different, however, is that the wine continuously ages in wooden barrels until it is bottled, sometimes for up to decades. Contrast this to a normal bottle of vintage port which, though it does spend some time in a wooden barrel, spends the vast majority of its "life" aging in the bottle. Because of this unique aging system, it's not unheard of to find a Colheita port from, say, 1978, that was just bottled in 2021. You could also find bottles of that 1978 vintage that were bottled in 1988, 2002, and 2022, as small amounts are released by the winery over time.

Kopke keeps a reserve of Port on hand that dates to the 1930s, and while you're not likely to find those bottles on Arkansas store shelves, here are some you can try:

White Port is a fun oddity of the wine world. It has a spicy, nutty character that perfectly complements its roasted fruit flavors, and while it's nice with dessert, I kind of like it on the rocks with a healthy glub of Sprite. I'm sure Cristiano Kopke is rolling over in his grave at that.

A perfect gateway drug to the world of Port. This has notes of raisins and prunes and an overall wonderful Christmas-y flavor, like you finally tasted a fruit cake that was actually good. It's rich and indulgent without being too over-the-top.

If you like the 10 year, this wine dials it up to 11. Look for notes of caramel, almonds, hazelnuts and pralines. The character of the fruit is subtle but firm, represented by baked figs and plum jam.

The following wines may be hard to find on your local store shelves, but can likely be special ordered relatively easily. Many vintages have been released in recent years, making these bottles an especially fun gift for anyone you know celebrating a special occasion. Prices will vary by store, bottle size, and vintage — likely in the range of $80-$200

This was the first Kopke Port I ever tried, so it's easy to see why I instantly loved it. I remember thinking at the time that it was the most intoxicating thing I'd ever had, and that still holds true.

Know a member of Gen Z who likes wine? This is your chance to get the perfect gift. Look for layers of nuttiness along with stewed blackberries and boysenberries.

When I tasted it, this was the youngest Kopke Colheita available, and it certainly tastes the freshest having only spent a few years in oak. The fruit flavors here are still bright and vibrant with only hints at the caramel nougat-y goodness that lies beneath.