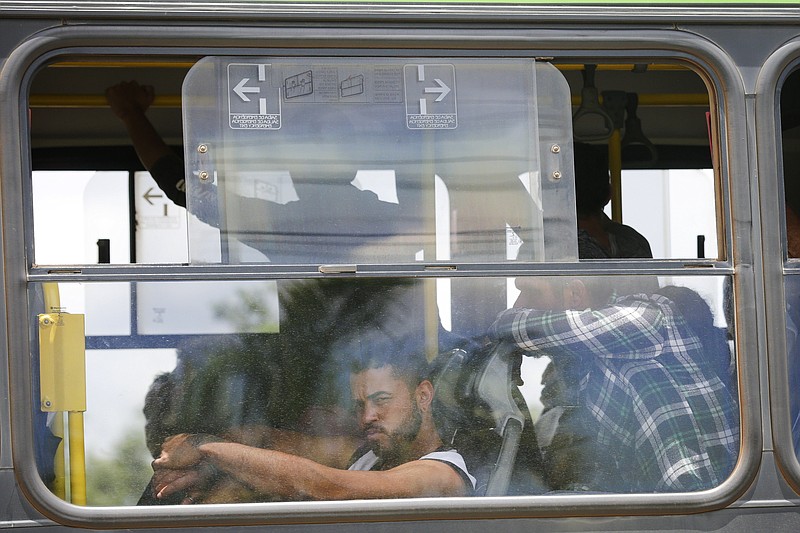 Supporters of former Brazilian President Jair Bolsonaro who were arrested after the storming of public buildings are taken by bus to a federal prison as they leave the Federal Police Academy in Brasilia, Brazil, Wednesday, Jan. 11, 2023. (AP Photo/Gustavo Moreno)

BRASILIA, Brazil -- The office of Brazil's prosecutor-general has presented its first charges against some of the thousands of people who authorities say stormed government buildings in an effort to overturn former President Jair Bolsonaro's loss in the October election.

The prosecutors in the recently formed group to combat anti-democratic acts also have requested that the 39 defendants who ransacked Congress be imprisoned as a preventive measure and $7.7 million of their assets frozen to help cover damages.

The defendants have been charged with armed criminal association, violent attempt to subvert the democratic state of law, staging a coup and damage to public property, the prosecutor general's office said Monday in a written statement.

Their identities have not yet been released.

More than a thousand people were arrested on the day of the Jan. 8 riot, which bore strong similarities to the Jan. 6, 2021, riots at the U.S. Congress by mobs who wanted to overturn former President Donald Trump's loss in the November 2020 election.

Rioters who stormed through the Brazilian Congress, the presidential palace and the Supreme Court in the capital, Brasilia, sought to have the armed forces intervene and overturn Bolsonaro's loss to President Luiz Inacio Lula da Silva.

The rioters "attempted, with the use of violence and serious threat, to abolish the democratic rule of law, preventing or restricting the exercise of constitutional powers," according to an excerpt of charges included in a statement.

"The ultimate objective of the attack ... was the installation of an alternative government regime."

The attackers were not charged with terrorism because under Brazilian law such a charge must involve xenophobia or prejudice based on race, ethnicity or religion.

The prosecutor-general's office sent its charges to the Supreme Court after the Senate's president, Rodrigo Pacheco, last week provided a list of people accused of rampaging through Congress.

Additional rioters are expected to be charged. 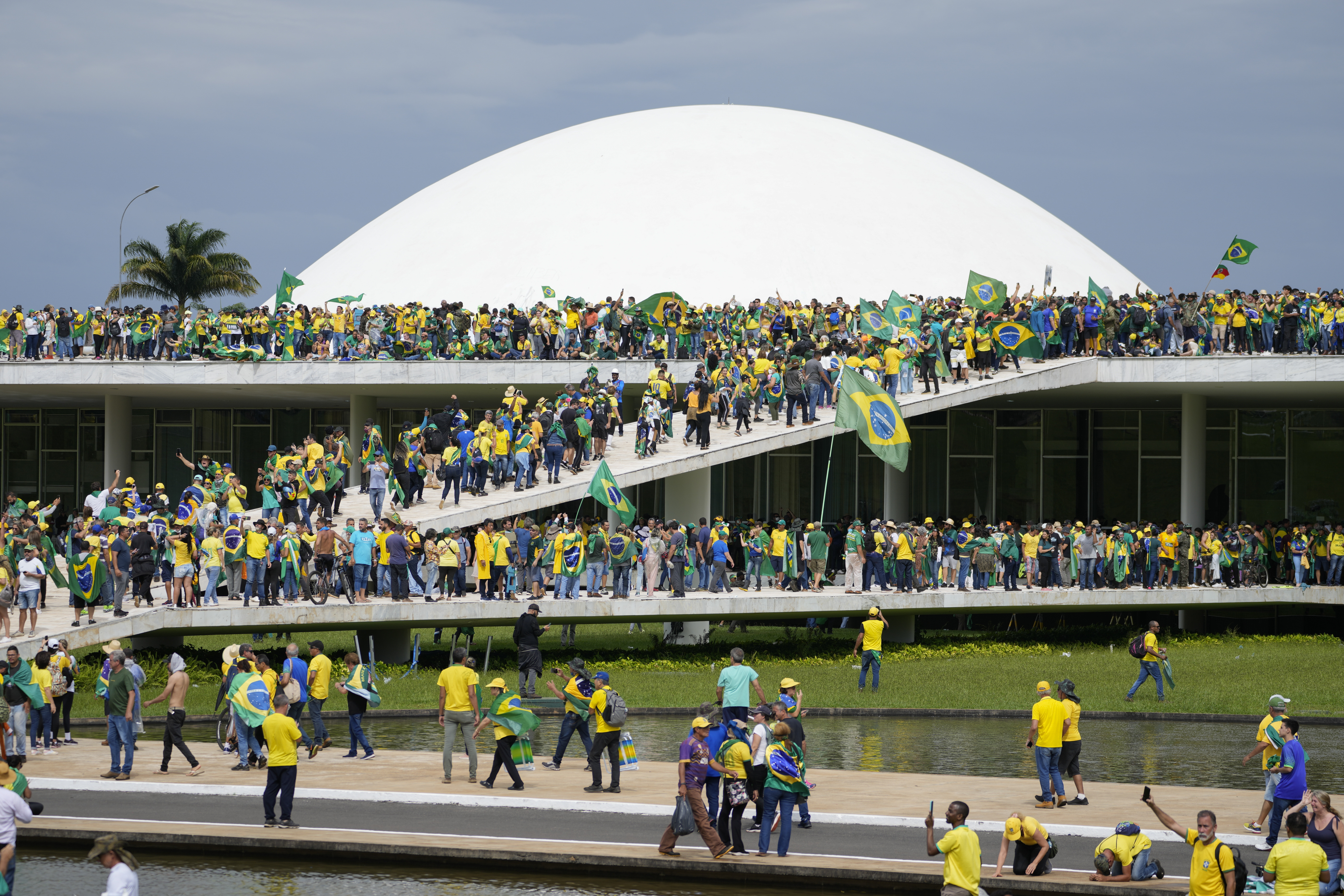