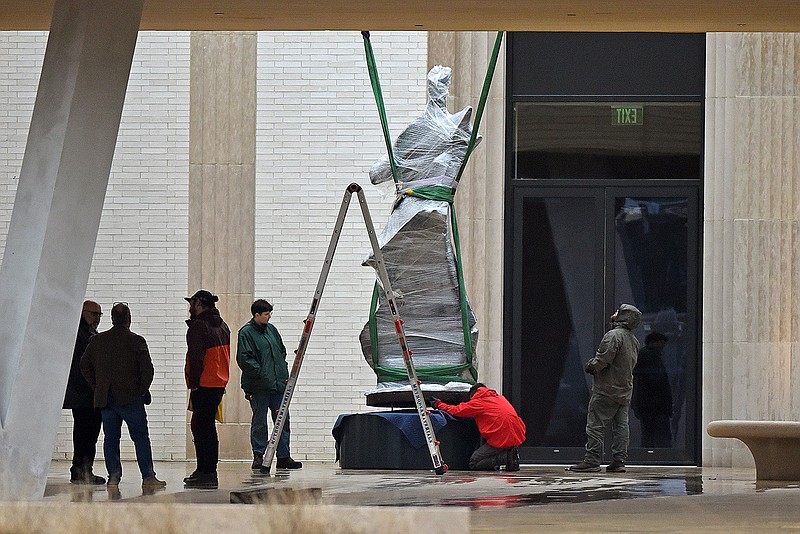 A sculpture is installed in the courtyard of the Arkansas Museum of Fine Arts on Wednesday in Little Rock. The new museum is set to open April 22 of this year. (Arkansas Democrat-Gazette/Staci Vandagriff)

The Arkansas Museum of Fine Arts announced on Thursday two partners in residence as its April 22 grand opening approaches.

The partnerships are with the Arkansas Cinema Society and Ballet Arkansas. Others will be announced later on, said Victoria Ramirez, the museum's executive director.

The Arkansas Cinema Society programing will include opportunities to see films (timeless classics and films by emerging filmmakers), learn the filmmaking process and meet professionals at events such as Filmland, a curated annual celebration of cinema.

Ballet Arkansas — which presents a repertory of the classics, masterworks of American dance and premieres — has been a longtime museum partner in residence.

The Arkansas Museum of Fine Arts is wrapping up an extensive renovation and expansion of what was once the Arkansas Arts Center in Little Rock. The project is funded by a $31 million commitment from the City of Little Rock generated by a hotel tax revenue bond and a $155 million capital fundraising campaign.