Wilkins gets a year and a day for bribery 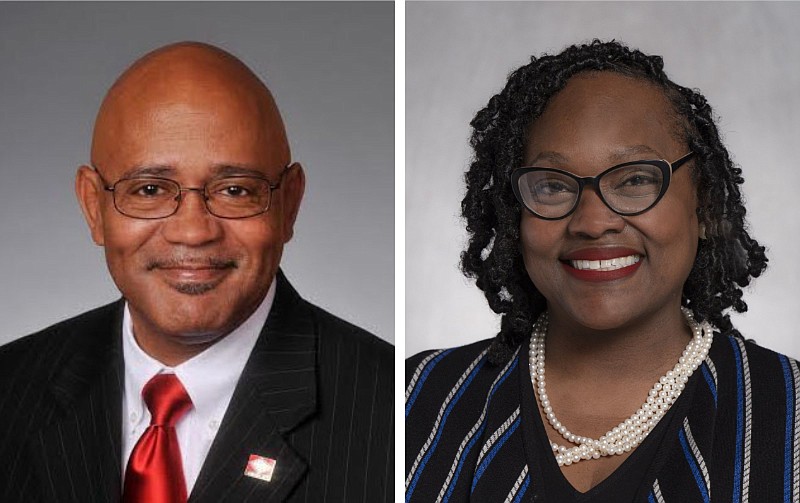 Wilkins, 68, was sentenced to one year and one day in federal prison and ordered to pay $123,000 restitution for directing legislation to benefit Preferred Family Healthcare, a Missouri-based, Medicaid-funded provider of counseling to troubled youths and adults in Arkansas. He faced up to five years in prison.

"It was actually quite surreal," Flowers said, to see a man who was her pastor and whom she considers a mentor, stand before a federal judge.

"But ultimately I was left with two things: No. 1, no person should ever be defined by his worst mistakes. And, No. 2, Rev. Wilkins was, I think, exemplary in his statement to the court. In this moment where he had to stand in front of a court to hear a sentence to admit to something he did, he took full responsibility, and I commend him for that," she said.

"In all the time I've known him, this hour was a blip on the screen. If I had to outline his life, this would be last. The years he served and the good he did for people would stand out."

Wilkins was an Arkansas state representative from 1999-2001 and from 2011-15. He was a state senator from 2001-11, and Jefferson County judge from Jan. 5, 2017, to March 22, 2018, one month before pleading guilty to conspiracy to commit bribery concerning programs receiving federal funds and honest services funds. Wilkins accepted more than $80,000 in cash and donations for himself and St. James United Methodist Church, of which he was pastor. Between 2010-14, Wilkins accepted a series of bribes from lobbyists and nonprofit organizations and deposited them in a discretionary fund in his church's name. Wilkins filed shell bills, sponsoring bills, voted in favor of specific legislation and steered about $245,000 in general improvement funds to entities that funneled bribes to Wilkins through his church.

Miller handed down Wilkins' sentence with "a great deal of grace and compassion," Flowers said, adding those who know Wilkins wanted to see him sentenced only to house arrest due to health concerns. Wilkins has dealt with several back surgeries, four fused discs in his back, spinal surgery and has to take nerve-blocking injections, as revealed in court. He was also recently diagnosed with renal failure.

"Someone not as thoughtful might have given more time," Flowers said.

Despite the long wait between the plea and sentencing, largely due to delays related to Wilkins' health issues, his sentence was "well deserved," former Jefferson County Election Commission chair Stu Soffer said.

Soffer, a Republican, said he's had more dealings with Wilkins than he could count, alleging that Wilkins took "cheap shots" at him over differences in opinion about his activity over early voting. Soffer, for example, accused Wilkins of campaigning within the county courthouse during early voting when Soffer first became a commissioner in the early 2000s.

Watching Wilkins' sentencing was "hard to watch," Flowers said, because she knows of a man who has done plenty of good in the community he served.

"I watched him for so many years and he did so much good," she said. "He took responsibility and admitted [his guilt] with a great deal of humility. I admire him for that. I know him, and aside from this grave mistake, he should be defined for the great things he did."

The bribery scheme has brought down executives of Preferred Family Healthcare and other former state legislators.

Lobbyist Rusty Cranford pleaded guilty to bribery charges in 2018 in federal court in Missouri. He served three years of a seven-year sentence before his release last Nov. 18.

Former state Sen. Jon Woods of Springdale was convicted of 15 counts of public corruption and is currently serving time in federal prison. He is scheduled for release in 2033.

Former state Rep. Micah Neal of Springdale pleaded guilty in 2017 for his role and testified against Woods. Neal was sentenced in 2018 to three years' probation with one year under house arrest.

Soffer realizes Wilkins has his supporters but believes just as many were ready to see him take his sentence.

"If he didn't sing like a canary, he would have gotten more," Soffer said. "I'm glad it's finally over."

Information from previous reporting by Dale Ellis of the Arkansas Democrat-Gazette was used in this article.

Print Headline: Wilkins gets a year and a day for bribery