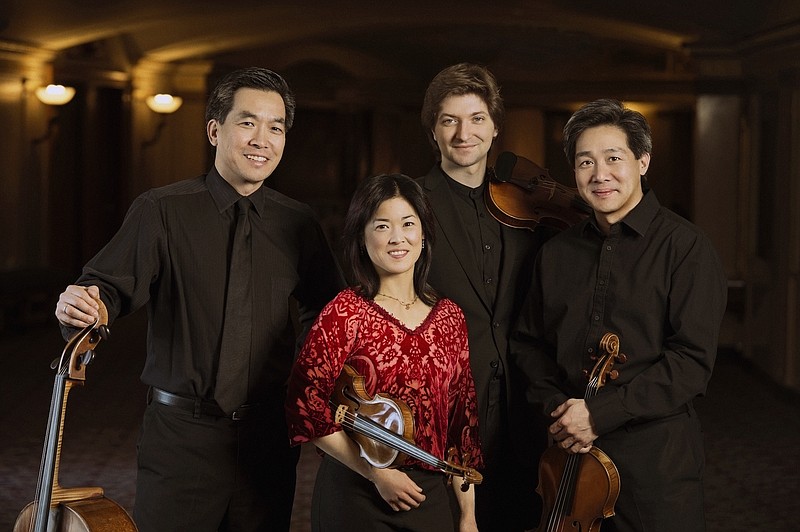 The three-judge panel: Jane Klaviter, prompter and assistant conductor with the Metropolitan Opera; Kathleen Kelly, director of musical studies at the Vienna State Opera; and Carroll Freeman, operatic tenor, director and music educator whose credits include Opera in the Ozarks at Inspiration Point outside Eureka Springs and the Arkansas Opera Theatre.

As many as two or three district winners will go on to the Midwest Regional competition Feb. 18 in Tulsa, competing against the winners from the Tulsa, St. Louis and Kansas City districts; regional winners compete in the national semifinals April 17, with the Grand Finals Concert on April 23, on the stage of the Metropolitan Opera in New York City's Lincoln Center. That concert will be streamed live; tickets are available at metopera.org.

The Metropolitan Opera National Council Auditions started in 1954 to discover promising young opera singers and assist in the development of their careers. Singers who got their start via the auditions include Renee Fleming, Susan Graham, Stephanie Blythe, Eric Owens, Lawrence Brownlee, Lisette Oropesa, Jamie Barton, Michael Fabiano, Anthony Roth Costanzo, Ryan Speedo Green and Nadine Sierra. In 2022 it was renamed as the Metropolitan Opera Eric and Dominique Laffont Competition, in recognition of a gift from the Laffont family.

Positive Images in Christ, in association with Central High School in Helena-West Helena, is staging Rodgers and Hammerstein's "Cinderella," 7 p.m. today and Friday at the school, 103 School Road, West Helena. Tickets are $7, $5 for students. Call (501) 420-3704 or visit advanceministries.regfox.com/cinderella. 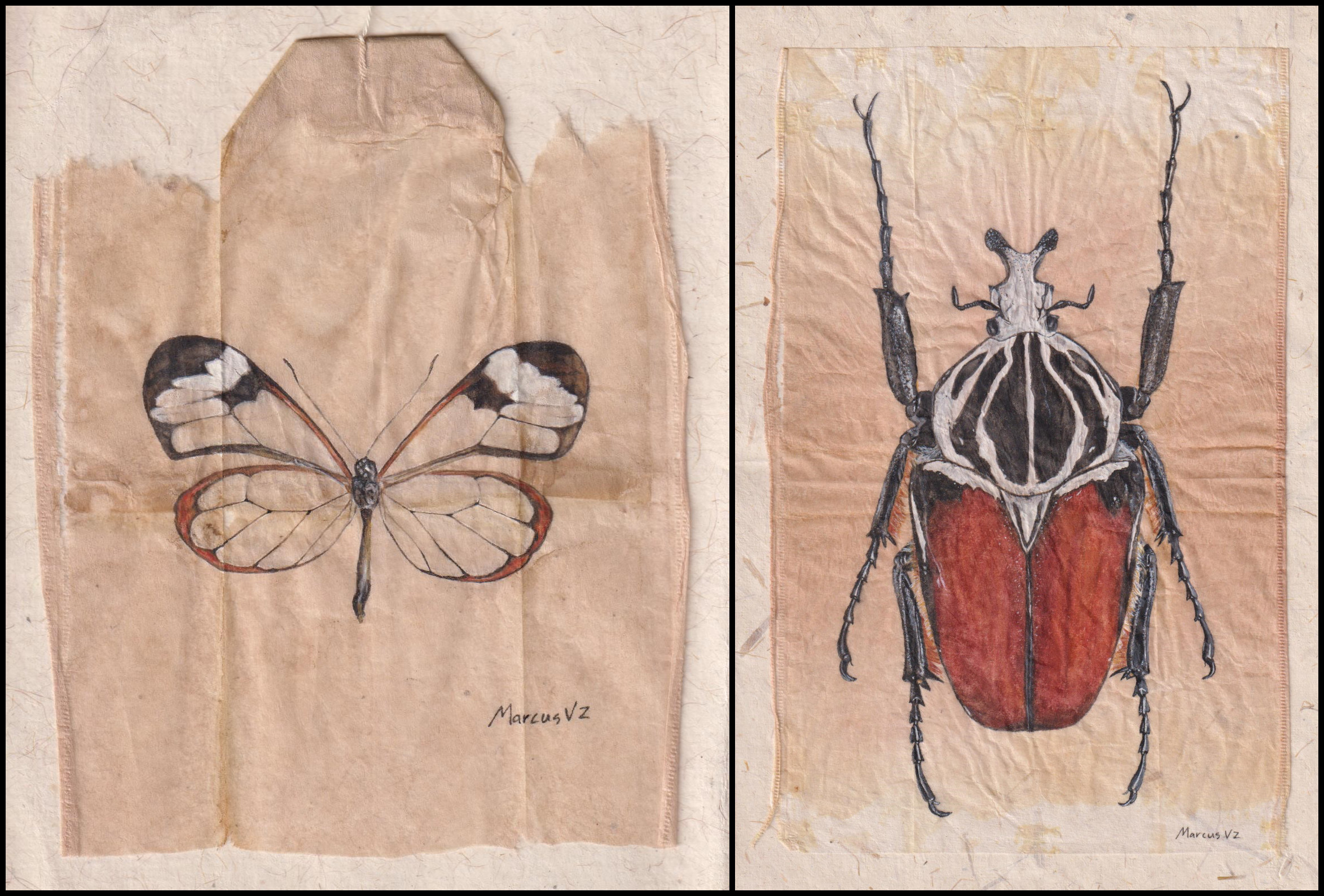 “Glasswing Butterfly” and “Goliath Beetle” by Marcus Vasquez are part of “Specimens,” on display starting Friday at the Argenta Library in North Little Rock. (Special to the Democrat-Gazette)
ART: Library exhibition

◼️ "Moon Shine," photographs by Rachel Boillot, ASU assistant professor of art, of "inspired by musical heritage in Tennessee's Cumberland Plateau and explores the memories of female musicians in the Appalachian region," according to a news release. 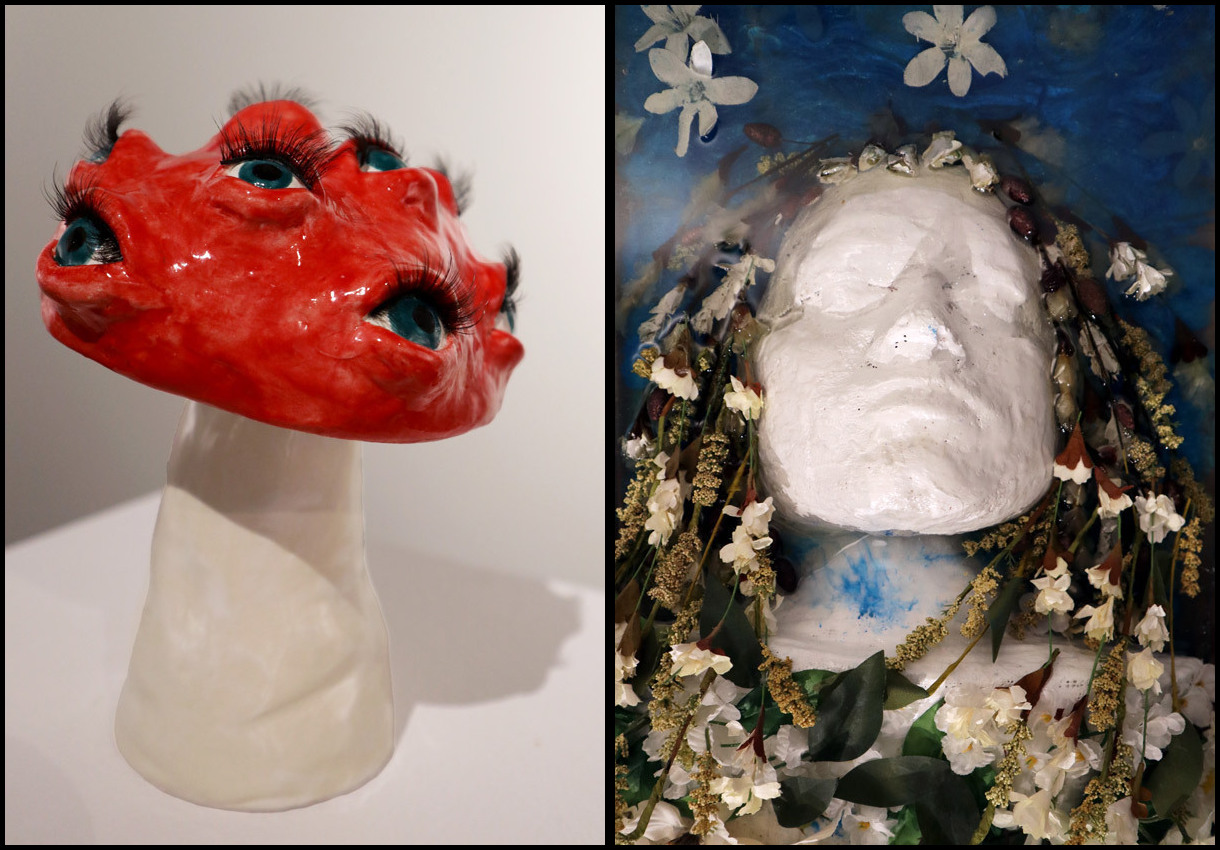 “I Can See You,” ceramic by Jonesboro High student Hayden Hobbs, and “Falling Ascension,” mixed-media piece by Harrisburg High student Kaylee Correa, are part of "Inspired 8," on display at Arkansas State University's Bradbury Art Museum. (Special to the Democrat-Gazette)
◼️ "Inspired 8," 50 works by students from 10 area high schools, for an annual competitive exhibition in which students created works in response to what they saw during a visit to the museum — in particular, "People/Places/Things," an exhibition exploring the concept of realism. Juror Stephanie H. Shih, a Brooklyn, N.Y.-based artist whose work was included within "People/Places/Things," chose the works in the exhibition.