OPINION | REVIEW: ‘Broker’ is a heartwarming tale of human trafficking 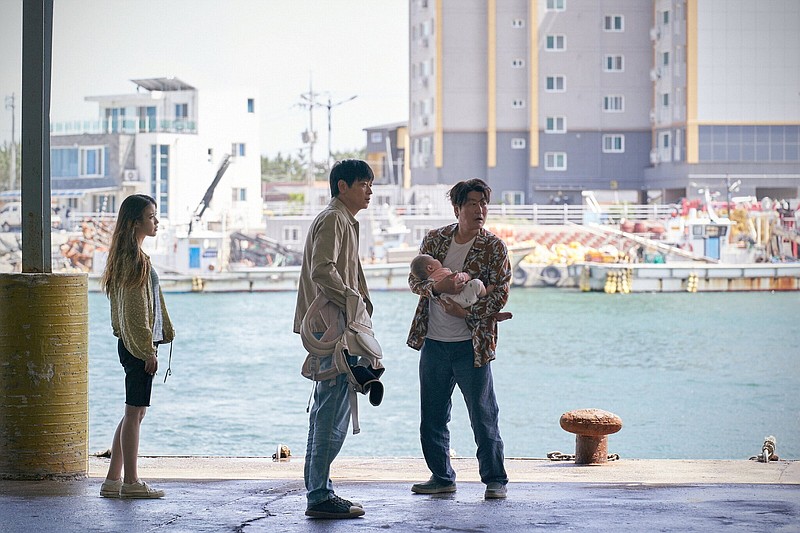 It's sort of curious that Hirokazu Koreeda, a director known for his penchant for ramshackle, thrown-together families in his films (see "Shoplifters," "Like Father, Like Son," etc.), takes as the lovable protagonists for his new film "Broker" a pair of child traffickers and the mother who abandoned her months-old son to them.

To be sure, we are meant to sympathize with them -- from their perspective, Sang-hyeon (Song Kang-ho), the trafficking "mastermind" and his assistant, Dong-soo (Dong-won Gang), are doing a helpful, righteous thing in bringing sad childless parents and the offloaded offspring of overwhelmed young mothers together, combining them into a loving match (nevermind the nature of the transaction, where they stand to make large sums of money on the black market) -- and see that deep down they aren't bad people, but Koreeda's ability to make humorous and lovable mutts out of scalawags feels a bit more dicey on this occasion.

As affable and likable as he seems, Sang-hyeon has a young daughter of his own he more or less abandoned to her mother, seemingly in favor of the reject bunch he's spending time with now, which, try as it might, the film can't make us reconcile. Koreeda is able to make a better case for the baby's mother, So-young (Ji-eun Lee), a young woman forced into prostitution, whose illegitimate son is the progeny of a high-ranking Korean mafia don.

So-young presents the best possible case for Koreeda's idea of redemption: She begins the film presented as some kind of monster -- a woman who leaves her helpless baby outside a drop box in the middle of the night -- but gradually becomes more sympathetic as we gather more details about her difficult story. The same can't quite be said for Sang-hyeon, but you can certainly see what Koreeda is driving at: The more we learn, the less we are able to judge, at least theoretically.

In addition to the traffickers, So-young, and a young child Hae-jin (Seung-soo Im) the misbegotten crew inadvertently pick up from the orphanage, the group is also enjoined by cops Soo-jin and Detective Lee (Bae Doona and Lee Joo-young, respectively), who are trying to snare them in a sting operation. The result is another band of charming misfits for the director to proffer. Koreeda's warm heart keeps the film from becoming too off-putting, but it's indeed difficult to find empathy for this lot, even as their stories become more involved.

It's all well-done, with a kind of rollicking energy (never quite dipping into farce, but presenting a world in which most people seem basically decent and generous in nature), but it doesn't hit the more transcendent notes of some of his best work. As in the Coen Brothers classic, "Raising Arizona," the baby, for his part, is treated like some kind of Maltese Falcon, the singular plot element that powers the rest of the film's off-beat universe.

In Korean with English subtitles

Print Headline: Be my baby