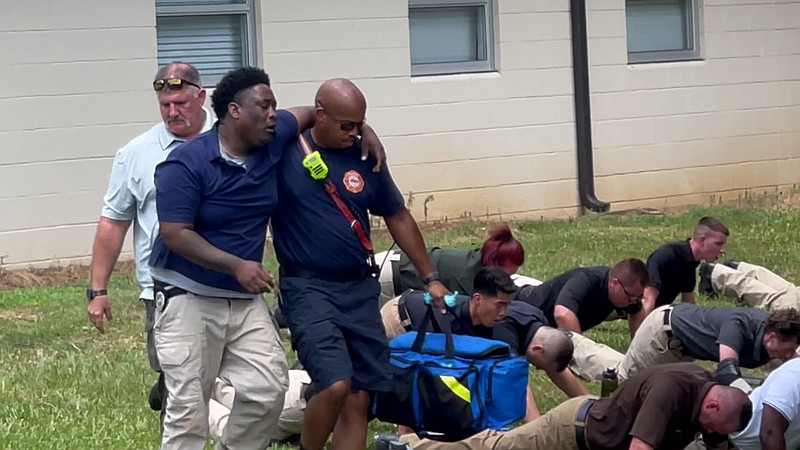 Legislators filed a bill late Wednesday that would make hazing at the Arkansas Law Enforcement Training Academy a felony, but its sponsor doesn't plan to move it forward after receiving assurances the academy will make its own policy on the issue.

House Bill 1159 was filed by Rep. Mark Berry, R-Ozark, a month after former Pulaski County prosecutor Larry Jegley brought forth concerns about hazing at the academy.

Jegley said an investigative file on the death of Jonesboro officer Vincent Parks revealed "concerning issues with the culture" of the state's training facility.

Parks, 38, died July 17 during his first day of training at the academy, held at Camp Robinson in North Little Rock. The first official reports released by state officials claimed he went into medical distress prior to participating in training. An Arkansas State Police investigation found Parks engaged in physical activity for about 25 minutes before his death.

Central Arkansas was under a heat advisory the day Parks died, with temperatures in the area reaching 97 degrees with a heat index of about 106, National Weather Service officials previously said.

The bill would have charged instructors or employees of the academy with a Class D felony if they participated in the hazing of a student. The lengthy definition for hazing included intimidating, threatening or shaming students.

On Thursday, Berry said the bill will not make it into committee.

"It's essentially withdrawn," Berry said via a text Thursday. He said ALETA officials have assured him that hazing will be addressed in its policy.

Both Berry and Cavenaugh have said legislation is expected regarding training at the academy in extreme heat.