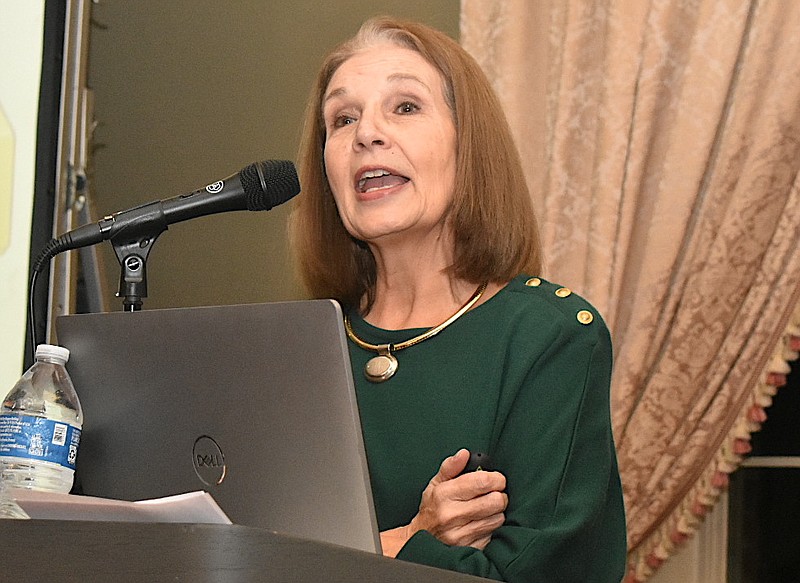 The theme of the Pine Bluff Regional Chamber of Commerce's annual dinner Thursday was "Building Community Together," but to do that, business people and other community leaders were challenged to tackle the issue of poverty head-on.

Monieca West made poverty her theme in her keynote speech before a full ballroom at the Pine Bluff Country Club. West is a retired economic development director with AT&T-Arkansas and is now director of federal programs for the Arkansas Division of Higher Education.

She's also a certified "Bridges Out of Poverty" trainer, referring to a 2006 book by education expert Ruby K. Payne, Ph.D., who developed the workshop to certify such trainers.

Looking for ways to connect poverty to building community made sense to West.

"Every city has poverty," she said. "Those that are really progressive and successful cities tend to realize that and work on that as a community building issue."

West offered a working definition of poverty as a lack of resources, which she added can come in different forms. Root causes can include the behavior of individuals, an absence of human and social capital, exploitation and political and economic structures, she outlined.

Chamber Director Jennifer Kline didn't hesitate to ask West to help Pine Bluff's business leaders tackle the problem over a dinner of pork, asparagus and angel-hair pasta with slice of triple-chocolate cake to top off the meal.

"Poverty is an issue that we deal with in our community," Kline said. "In order for us to move forward, we have to be able to address all of those areas. Why not do this with the business leaders who can create initiatives to do work? It takes all of us to work together to move forward."

Using a slide presentation, West unveiled five areas each city can address to build up community: public safety, education, housing, health and jobs. All have been hot-button topics regarding Pine Bluff's revitalization efforts in recent years.

"I think one of the biggest takeaways is that there's a cost for improvement and a cost for failing to take the steps," West said. "You have to figure out which one of them costs the most -- short-term, long-term, and to me that's a key, central thing."

Growing up in northern Arkansas, West first moved to Pine Bluff in the late 1970s as a supervisor at Southwestern Bell Telephone Co. on Beech Street. So, she recalls the glory days of southeast Arkansas' largest city -- which at the time was one of the three largest cities in the state.

"I tell you, in 1979, Pine Bluff was a thriving, regional hub. It really was," she recalled, reflecting on dancing at a disco hall called The Sharecropper in town and buying goods from The MaRu and Sissy's Log Cabin. "It had its problems over time, but I also see a resurgence, which is wonderful to see." 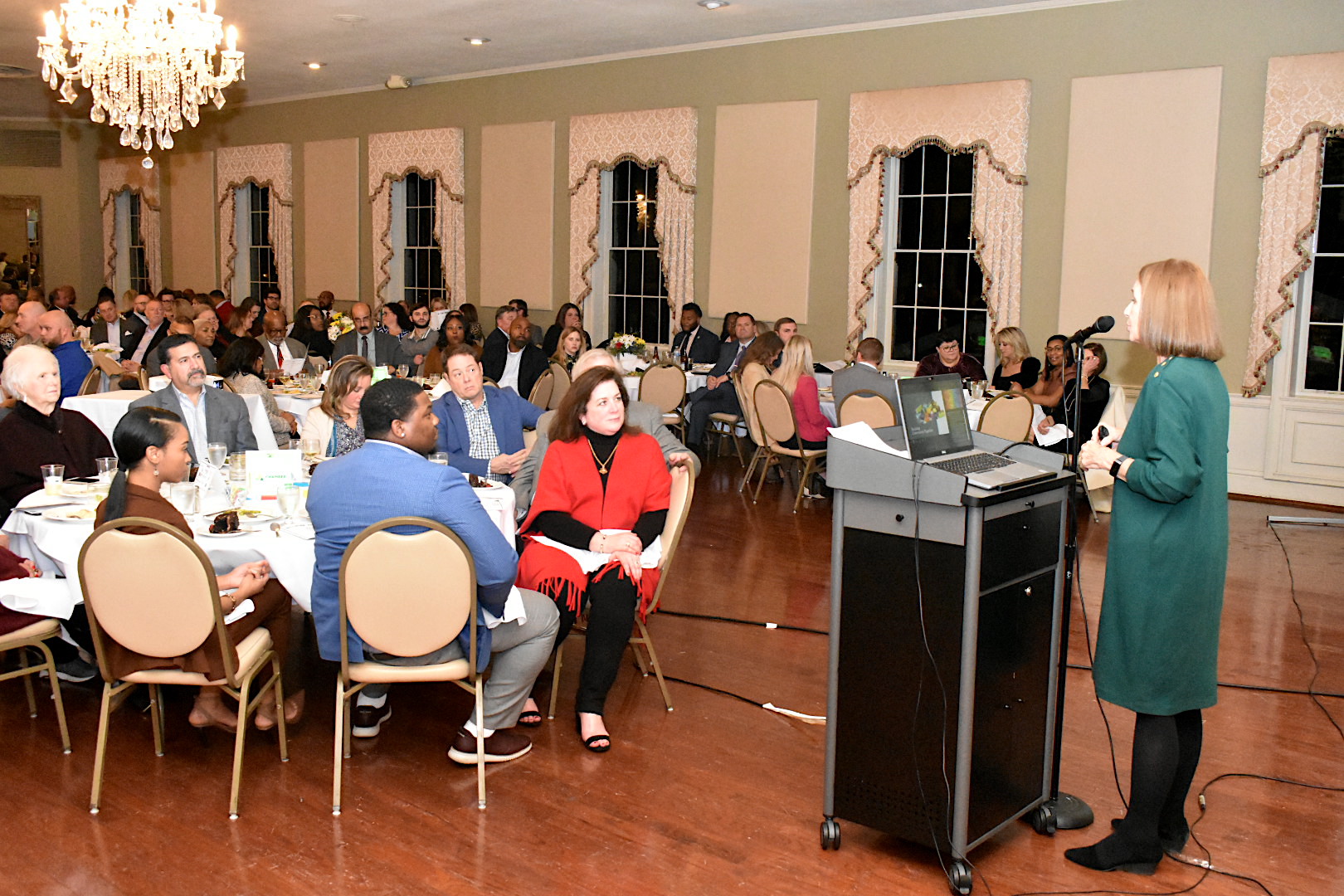 Attendees are engaged to a keynote speech by Monieca West of the Arkansas Division of Higher Education at the Pine Bluff Regional Chamber of Commerce annual dinner. (Pine Bluff Commercial/I.C. Murrell) 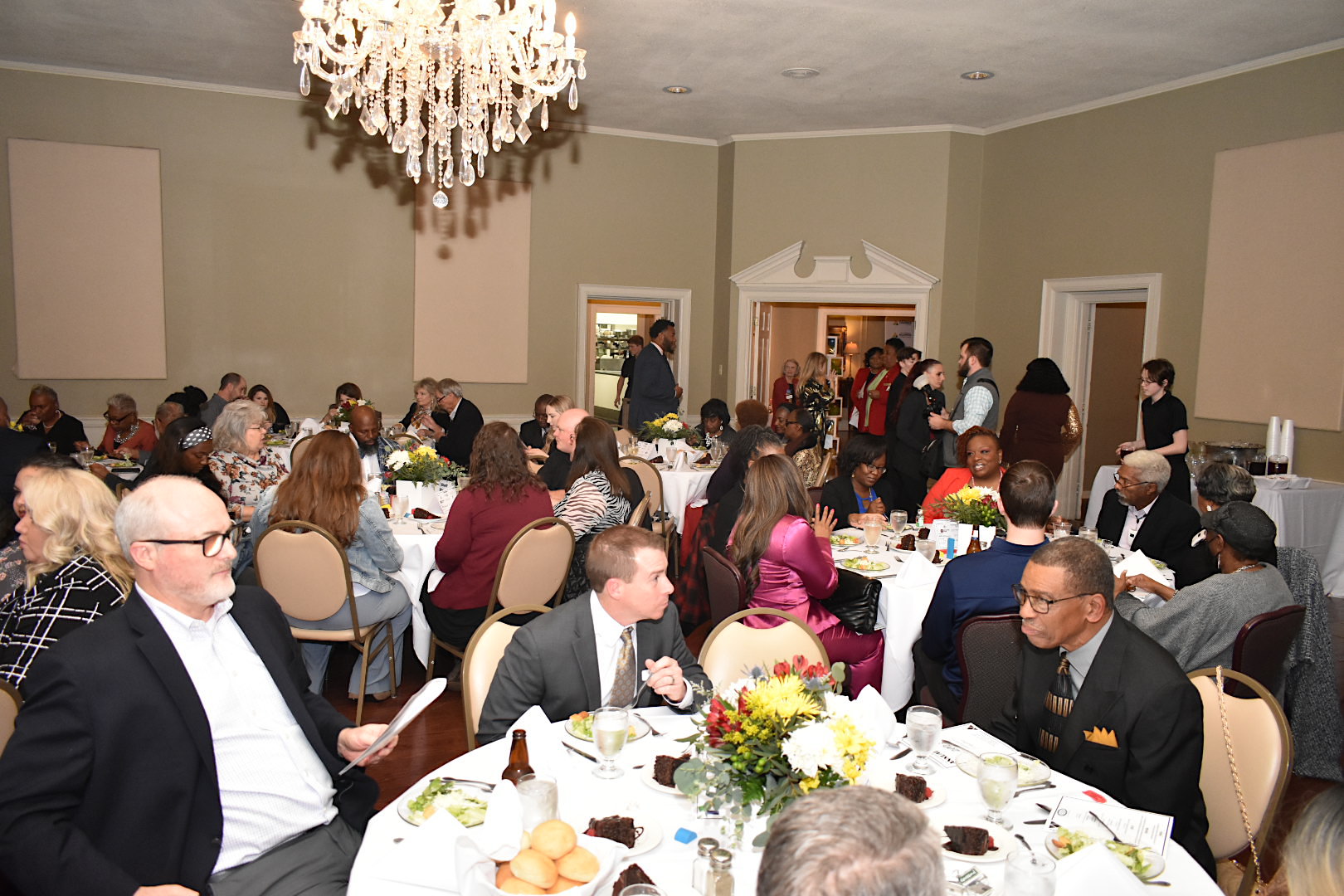