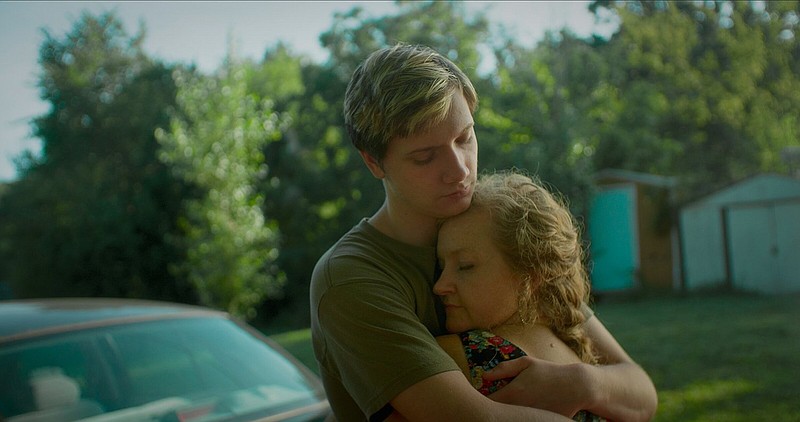 The screening is a presentation of the Arkansas Cinema Society's Arkansas Filmmaker Spotlight Series and will feature a question-and-answer session with Crum; his wife, Jessica, who produced the film; and Conway actor John Stiritz, who plays Papaw. Graham Gordy, vice president of the cinema society board, will moderate.

The movie tells the story of 17-year-old Matthew, the troubled son of a single mom who spends the summer with his grandfather in the Ozarks where he's free from his mother but not her traumatic past.

In an email, Gordy says: "'Papaw Land' is a beautiful coming-of-age story about the seemingly universal experience of how family secrets resonate through subsequent generations. My favorite films are those that manage to be sincere and nuanced and fundamentally human, but that contain this sort of emotional punch. That is rare and that's why this film is a rare gem."

Crum, 39, grew up in Harrisonburg, Va., and was studying film in Los Angeles in 2009 when he met Pine Bluff native Jessica, who was attending fashion school in L.A. They married in 2011 and moved to Conway about 10 years ago, where they live with their two children. Crum started writing "Papaw Land" around 2007, culling from his own experiences in rural Virginia.

Early drafts were much different.

"It was very light-hearted and fun at that point," he says with a chuckle.

"When I came back to the script, it was hard not to address that and that kind of family strife and tension," he says.

The duality of a person's nature is something he wanted to examine in the film.

"As you get older, you realize you make mistakes and hurt people even if you're not intending to. You can be one person's hero, which was my grandfather [to me], but to my mother he was kind of a tormentor."

In the movie, Matthew, played by Carson Mitchell of Bismarck, has to deal with what he has learned about the history between his mother, played by Spring Hunter, and grandfather.

"She leaves him there alone in a new place with a man he thought he knew, but now isn't so sure," Crum says. "The film explores the idea of inherited trauma, and how every generation is affected by the one before it."

The movie was filmed almost entirely in Leslie in summer 2018 with an all-Arkansas cast.

"We moved into Leslie," Jessica says with a laugh. "We rented every nook and cranny that we could put people in to sleep, and we were there for like a month."

"The town was really great," Crum says. "We had people in the town who were essentially crew members."

Most of the cast are newcomers, although Stiritz has had experience on film sets, appearing in the 2000 Jay Russell movie "My Dog Skip" and "God's Not Dead 2" from 2016.

"We got very fortunate that we found John," Crum says. "He's done a lot of plays in the area, and he's very interested in film and acting. He was kind of my anchor."

Crum, who worked at Arkansas PBS for about four years, edited the film himself and it made the festival rounds last year, with screenings at Queens World Film Festival in New York City, the Knoxville (Tenn.) Film Festival, the Seattle Film Summit and others.

Kathryn Tucker, executive director of the nonprofit cinema society, said the group was excited to present Crum's film for an Arkansas audience.

"Justin is a very talented local filmmaker that we first met when he donated his time and talent to ACS as a mentor in our Young Storytellers program. The ACS Arkansas Filmmaker Spotlight series was created to highlight the inspiring work of filmmakers in and from Arkansas, like Justin, that participate and contribute so much to our growing film community."

Crum, who counts directors Terrence Malick and Little Rock natives David Gordon Green and Jeff Nichols (the latter is a co-founder and board chairman of the cinema society) as influences, says he's ready for fellow Arkansans to see the movie.

"People have been asking me about it for years. It's so nice to be able to tell them that they can go to this screening."