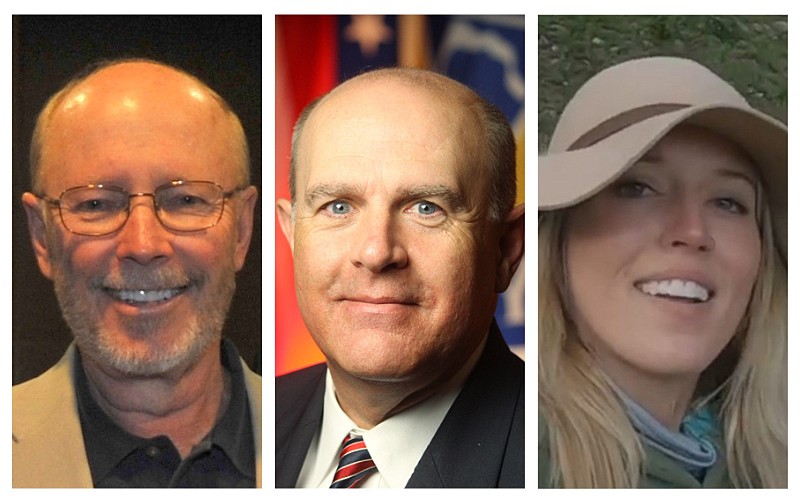 "I am excited to appoint Eric Jackson, Dr. Trey Berry, and Rebecca Lentz to the Arkansas State Parks, Recreation, and Travel Commission -- three excellent representatives of Arkansas who will continue to show the nation and the world the incredible natural beauty, world-class outdoor recreation, and great economic success of our state," Sanders said in a news release. "I am ready to unleash our state's potential to be a national leader in tourism and outdoor recreation, and work with these talented individuals to attract visitors and businesses from across the nation to the great state of Arkansas."

Jackson is senior vice president at Oaklawn Racing Casino Resort and serves on the board of directors. He helped oversee Oaklawn's development as one of the premier racing and gaming centers in America as well as Arkansas' top commercial tourism attraction, with annual attendance topping 2.5 million. Jackson also supervised more than $100 million in construction at Oaklawn and has been awarded international patents for historic racing/Instant Racing.

Berry is the 12th president of Southern Arkansas University. He joined the university in 2011 as professor of history and dean of the College of Liberal and Performing Arts, and was promoted to provost and vice president for academic affairs one year later. Berry was named president in 2015, and during this time SAU completed its most ambitious fundraising initiative in the university's history, raising $29.7 million, far surpassing its goal of $22.275 million.

Lentz is an avid outdoorsman who is passionate about motivating others to explore Arkansas and try new hobbies. Her social media platforms showcase Arkansas' world-class outdoor recreation and natural beauty, and she serves as a mentor with the Mayfly Project and teaches foster children how to fly fish. When she isn't wade fishing, hiking, or bow hunting, Lentz can be found in the gym where she is also a personal trainer.