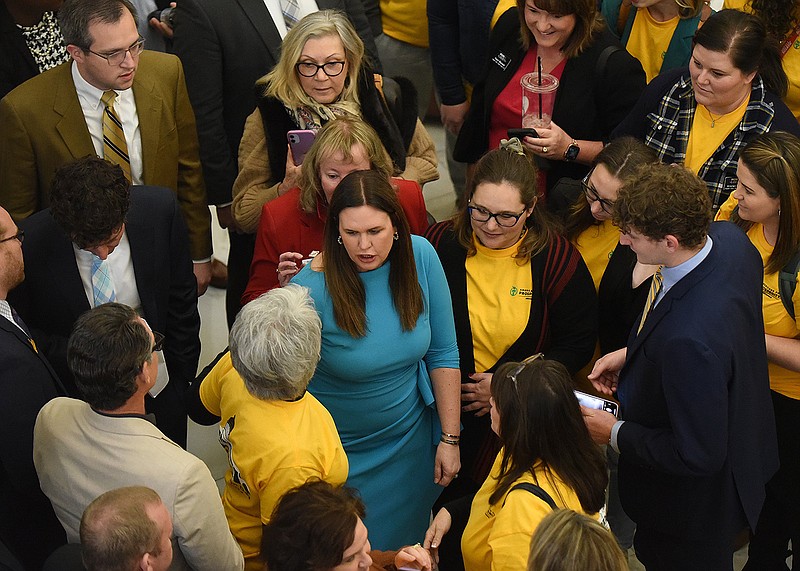 Gov. Sarah Huckabee Sanders told supporters Thursday that education will take priority in her administration, saying she will push for a school choice plan for Arkansas.

"We have to make sure we are focused on parental empowerment," Sanders said. "Empowering our parents is one of the most critical things that we can do when it comes to a child's success in education. This is not about school choice, this is about parental choice."

The governor has said education reform will be the "hallmark of my administration," promising to address low literacy rates among elementary-level students. Sanders has not disclosed any details of her pending education bill, but she said the reform package is likely to be presented in one large bill that could include vouchers for parents and increased salaries for teachers.

The rally, organized by Americans for Prosperity, a libertarian group funded in part by wealthy political benefactor Charles Koch and the Arkansas chapter of the LIBRE Initiative, included other speakers who emphasized the need to give parents more choice in education.

One of those speakers was Ari DeWolf, the education outreach manager for the Reason Foundation, a libertarian group that supports directly funding students instead of school systems.

"Education is the lifeblood of a meritocratic, free society," DeWolf said. "And simply spending more money, as we're seeing, is not solving the problem."

House Minority Leader Tippi McCullough, D-Little Rock, said in response to Sanders' push for school choice last week that Democrats would oppose any education bill that includes a voucher program. Democrats said voucher programs take funds away from under-resourced public schools with little oversight from state officials on how the dollars are spent.

"We're ready to say yes to teachers and no to vouchers," McCullough said.

However, McCullough and Senate minority leader Greg Leding, D-Fayetteville, said Democrats don't have the numbers to stop Republican bills in the Legislature.

Sanders also signed an executive order Thursday that she said will "streamline applications and create a unified system for local school districts to apply for federal and state funding."

The executive order calls for a unified system of applications for state and federal education dollars that Sanders said will cut red tape.

CORRECTION: Ari DeWolf, education outreach manager for the Reason Foundation, said Thursday during a school choice rally at the state Capitol in Little Rock, “Education is the lifeblood of a meritocratic, free society. And simply spending more money, as we’re seeing, is not solving the problem.” An earlier version of this story incorrectly attributed the quote to another speaker at the rally. 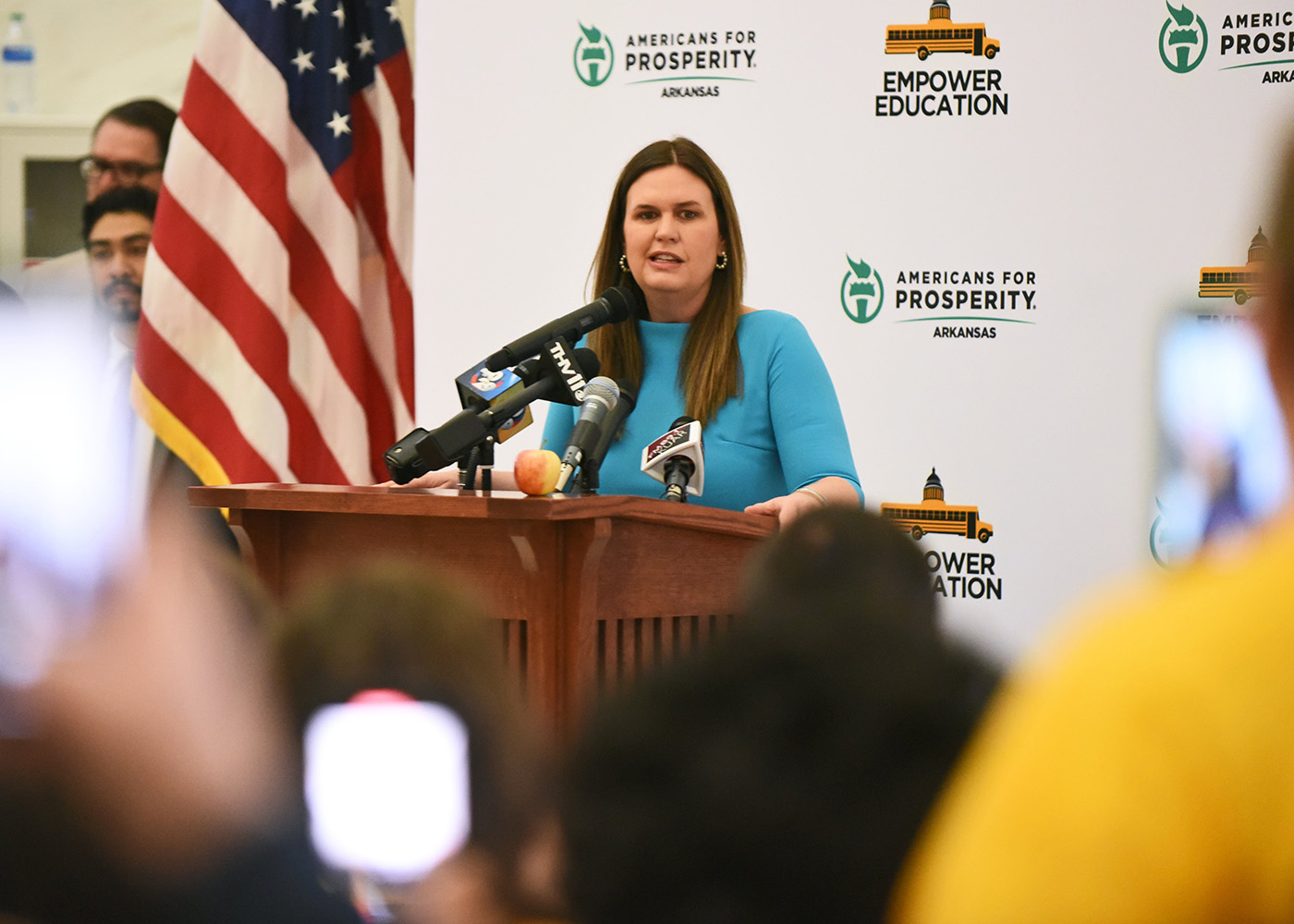