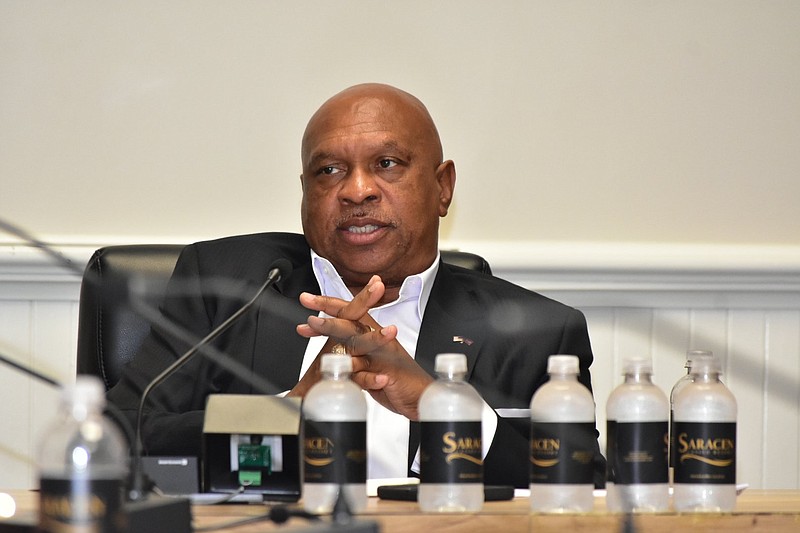 A lawyer representing Jefferson County Judge Gerald Robinson and the Quorum Court said claims for payment to fund the operations and maintenance of the juvenile and adult detention centers were being processed Friday, one day after Sheriff Lafayette Woods Jr. filed a request for an injunction seeking immediate funding.

Paragould attorney Kimberly Dale, who represents Woods, asked the civil division of the circuit court to issue an immediate order directing Robinson to either approve claims for payment or appear in a court hearing to answer why he should not be held in contempt for failure to follow an injunctive order issued by the court Oct. 11 to determine "sufficient appropriation" of county funds and not "unreasonably" withhold them. Woods originally filed a lawsuit against Robinson and the entire Quorum Court -- of which all 13 justices of the peace were named individually -- on March 21, 2022, arguing the constitutionality of the 2022 budget.

Dale said via email Woods' office was in danger of running out of food for the juvenile detainees. But Casey Castleberry, a Little Rock attorney representing Robinson and the Quorum Court, said Robinson can't approve payment for a claim out of a line item if it's not properly coded, per state law.

"The law requires the County Judge to review all claims to ensure they comply with the budget approved by the Quorum Court," Castleberry said in a statement. "The County Judge has approved all claims properly submitted and has denied claims that were not properly submitted, as required by law. In every instance in which a claim was denied, the County Judge provided the Sheriff an explanation for the denial and invited the claim to be resubmitted to correct the deficiencies. The Sheriff did not cure any rejected claims."

Dale said in her email the sheriff's office would not have any food for the juvenile detainees by Sunday without payment.

"Just an example of the claims that are being denied, Sysco food systems is owed more than $184,429.73 and has cut off any further credit to Jefferson County, after 20+ years of service," Dale said. "No other vendor will pick up the account due to the credit rating of Jefferson County that is in jeopardy.

"Monies are appropriated in the accounts code by the office of the sheriff -- the County Judge is creating addition[al] restrictions that are arbitrary and capricious."

Castleberry said Sysco did not indicate to his clients any possibility of cutting off credit, and he is not aware of the status of Jefferson County's credit rating.

A message seeking comment was left with a Sysco executive.

In the original lawsuit, Woods sought a determination on whether a $33.1 million county budget for 2022 was valid under the state constitution. Woods alleged he received a copy of an agenda with a proposed listing of appropriations that included a reduction of funds not discussed in previous meetings with Robinson on Dec. 7, 2021.

Woods determined the 2022 budget reflected a reduction of $328,003.91, which included allocated funding needed for operations and maintenance of the juvenile detention center.

Dale told The Commercial in a June 2, 2022, article that a "Job Requistion/Pre-offer form" that Jefferson County officials are required to use before offering a position to someone is "unconstitutional." A county ordinance that went into effect in March 2021 requires all elected officials to complete the forms before hiring potential employees to allow the county clerk "to verify job title and slot placement of said employee prior to employment."

The county went into a hiring freeze since the start of the coronavirus pandemic in 2020, but Dale argued that funds appropriated for certain jobs should not be affected by a hiring freeze under Arkansas law.

Dale argued if an appropriation is in place, to deny that is unconstitutional.

Dale had also petitioned the circuit court on Dec. 23 for Robinson to show cause as to why he shouldn't be held in contempt for not abiding by the October order. The defendants responded Jan. 11.

Woods also sued Robinson and the Quorum Court over a lack of funding for the adult county jail, the W.C. "Dub" Brassell Detention Center, adding the 2022 budget has had a negative impact on personnel. According to a Sept. 12 article, Woods in August requested that out of the available $585,712.93 for appropriation in the Adult Detention Fund, $230,851 be transferred to several line items regarding the facility. 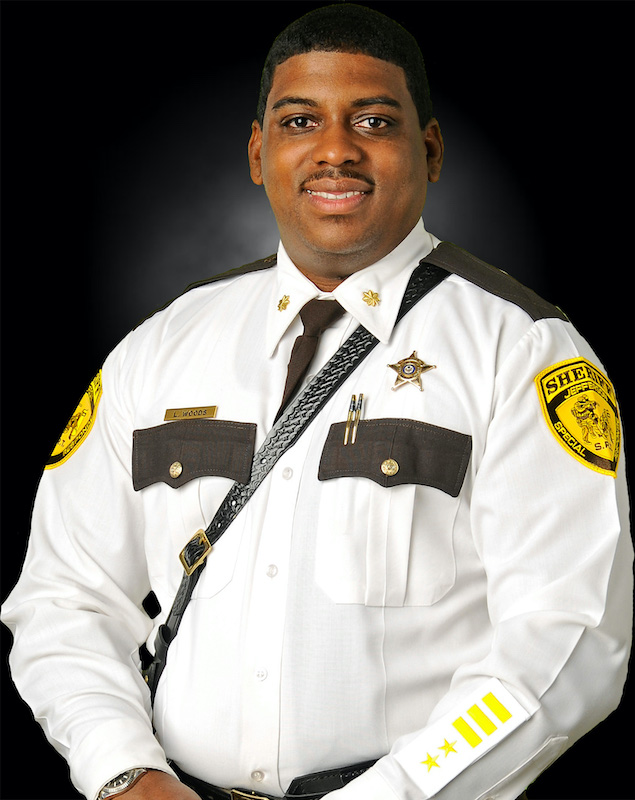