He aims to boost France’s defense spending through 2030 by SYLVIE CORBET and ANGELA CHARLTON The Associated Press | January 21, 2023 at 3:37 a.m. 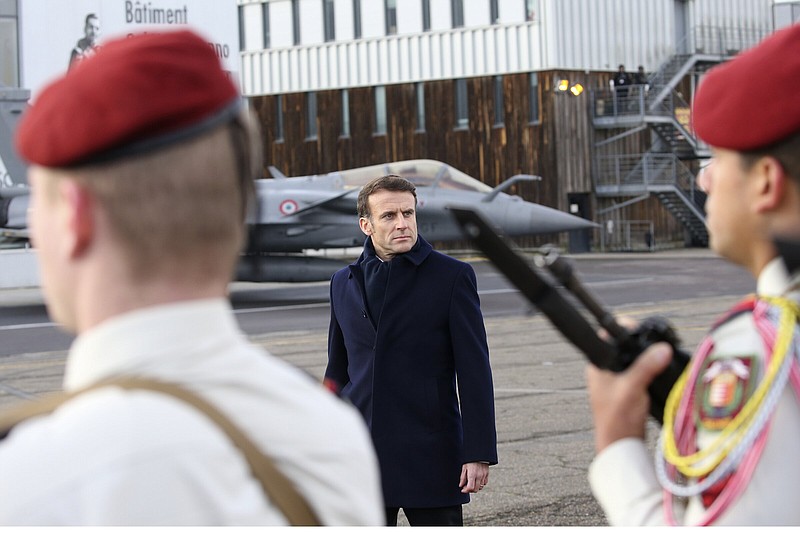 PARIS -- French President Emmanuel Macron proposed to boost defense spending Friday by more than a third through 2030 and "transform" France's nuclear-armed military to better face evolving threats and take into account the impact of Russia's war in Ukraine.

Macron announced a proposal for nearly $450 billion in military spending for the period of 2024-30, to ensure "our freedom, our security, our prosperity, our place in the world."

"Nuclear deterrence is an element that makes France different from other countries in Europe. We see anew, in analyzing the war in Ukraine, its vital importance," he said in a speech to military personnel at an air base in Mont-de-Marsan in southwest France.

France is the only member of the 27-nation European Union with nuclear weapons, and the bloc is still largely dependent on the U.S. and NATO for defense. Macron also wants to expand French submarine surveillance capacity to depths of nearly 20,000 feet, for military reasons and to protect critical infrastructure such as undersea cables carrying energy and information across oceans that have come under threat.

Friday's speech comes as defense officials from the U.S. and allies are meeting in Ramstein, Germany, to discuss further help for Ukraine.

France also is aiming to train at least 2,000 Ukrainian soldiers as part of EU-wide training efforts.

"What we are experiencing on European soil for the past year in Ukraine teaches us lessons," Macron said.

"The threats are multiple, and mix together," he said. "There is no longer a peace dividend, because of Russia's aggression against Ukraine. ... The international order has ceded to a state of play between nations like we have not seen in decades."

Macron noted threats from hybrid warfare, cyberattacks and continued threats from terrorism, and called for boosting the production capacity of the arms industry to be able to help Ukraine and supply the French military.

Among lessons of the Ukraine war, Macron's office said the French military needs to be more reactive and ready for quick deployments, and have equipment that performs well, logistical support and ammunition.

Macron wants France's military strategy to strengthen the country's role as an independent global power. He called for reinforcing military partnerships with European neighbors as well as countries like Egypt, India, United Arab Emirates, Indonesia and in Africa.

The new budget plan would need parliamentary approval. Macron's centrist alliance doesn't have a majority in either house of parliament, but military officers have long lamented shrinking spending on the armed forces, and conservative and far-right parties tend to support investment in defense.

Information for this article was contributed by Bob Edme of The Associated Press. 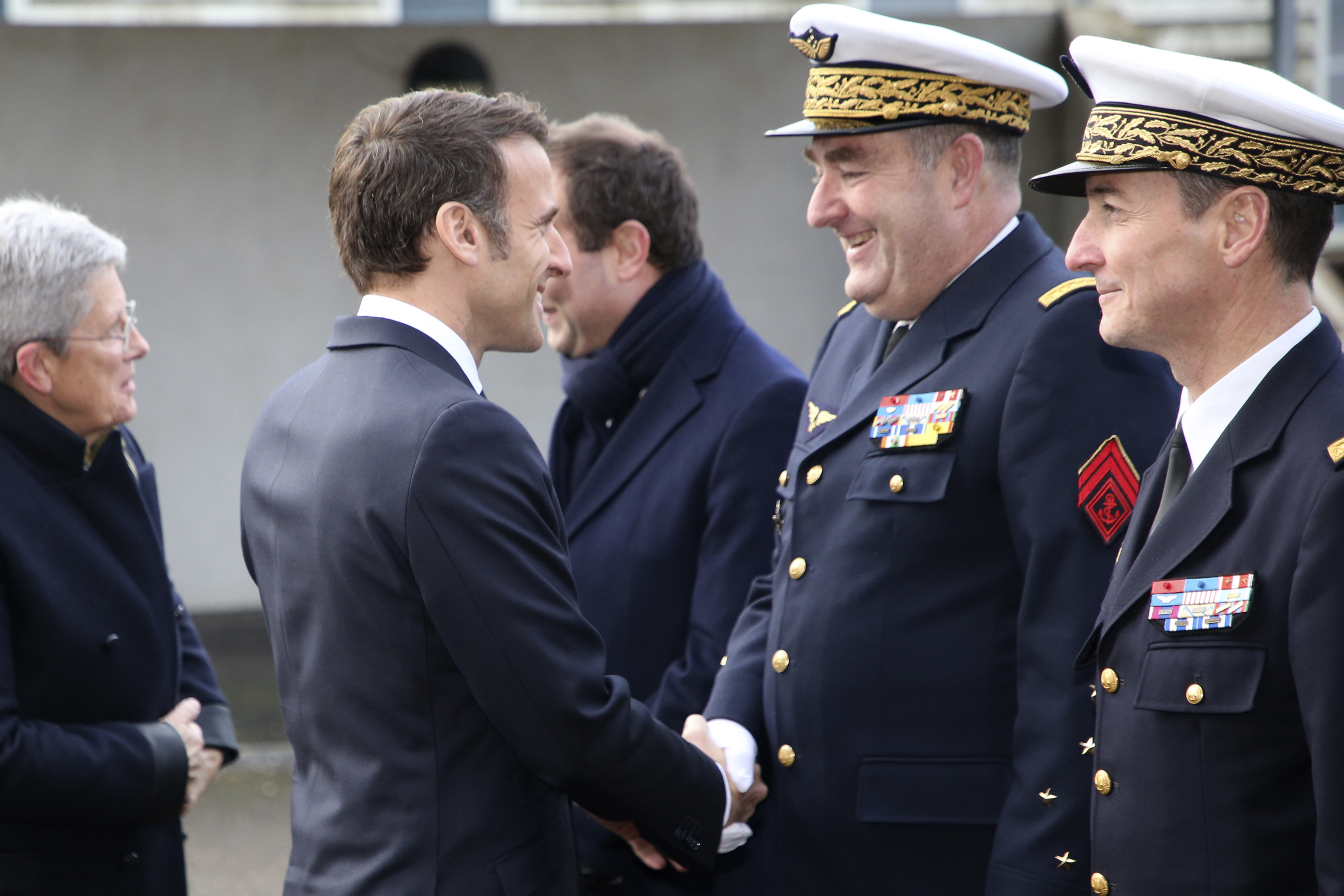 French President Emmanuel Macron shakes hands with Gen. Stephane Mille, second right, before his New Year address to the French Army, Friday, Jan. 20, 2023 at the Mont-de-Marsan air base, southwestern France. President Emmanuel Macron is expected to unveil his vision for modernizing the military in his nuclear-armed country, taking into account the impact of the war in Ukraine and evolving threats around the world. (AP Photo/Bob Edme, Pool) 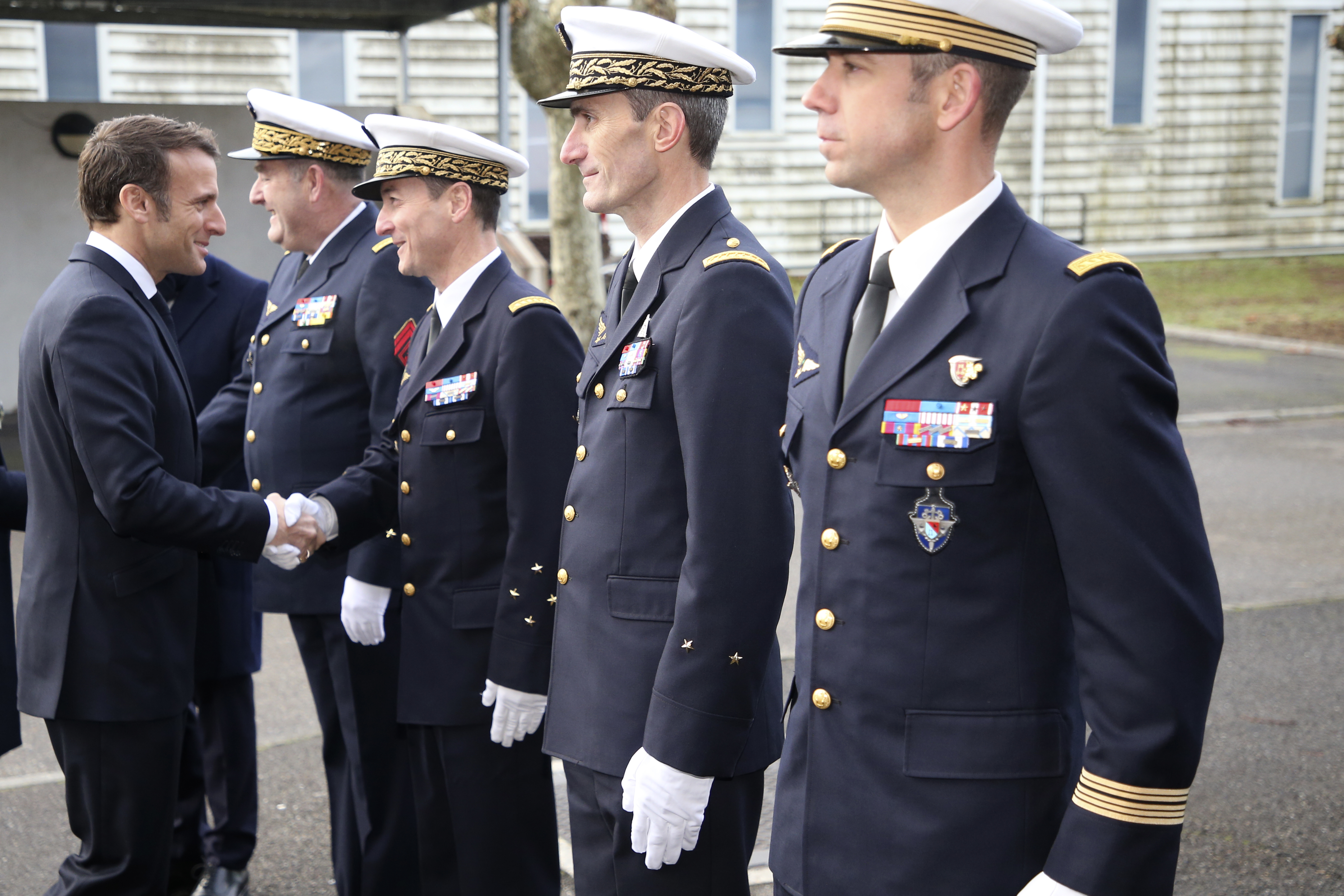 French President Emmanuel Macron shakes hands with military officials before his New Year address to the French Army, Friday, Jan. 20, 2023 at the Mont-de-Marsan air base, southwestern France. President Emmanuel Macron is expected to unveil his vision for modernizing the military in his nuclear-armed country, taking into account the impact of the war in Ukraine and evolving threats around the world. (AP Photo/Bob Edme, Pool)