Ad-supported, cheaper version of service is cited for surge in fourth quarter by MICHAEL LIEDTKE The Associated Press | January 21, 2023 at 1:42 a.m. 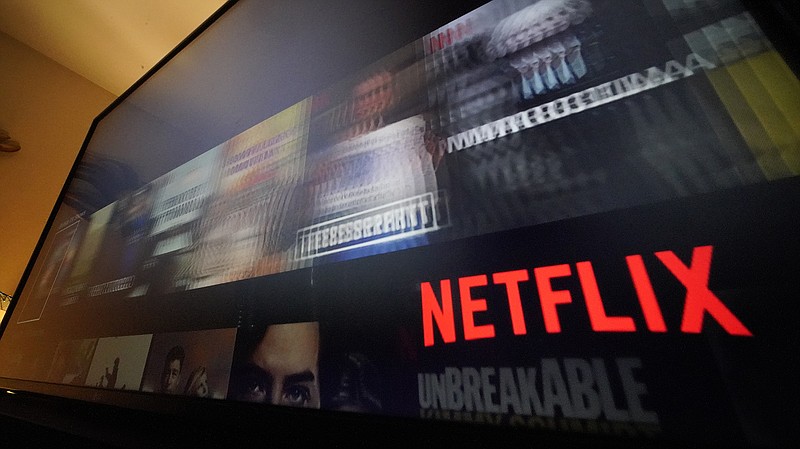 Netflix's subscriber growth is surging again, an early sign that its shift to include ads in a cheaper version of its video-streaming service is helping combat tougher competition and attract cost-conscious customers.

The company disclosed a gain of 7.7 million subscribers during the October-December period, a stretch that included the debut of an ad-supported option for $7 per month -- less than half the price of its most popular commercial-free plan.

Having regained its momentum, Netflix also announced its co-founder Reed Hastings will relinquish its title of co-CEO, completing a transition that began in July 2020 with the appointment of its programming chief, Ted Sarandos, as co-CEO.

Hastings, 62, had been Netflix's CEO for more than 20 years after taking over the role from his friend and fellow company co-founder Marc Randolph in the late 1990s.

In a blog post, Hastings said he, Sarandos and Peters have "all learned how to bring out the best in each other. I look forward to working with them in this role for many years to come."

The upturn in Netflix's subscribers didn't boost profits, however, largely because the strong U.S. dollar weighed on international results. The Los Gatos, Calif., company earned $55.3 million, or 12 cents per share, during the fourth quarter, a 91% decline from the same time in the prior year.

Revenue rose 2% from the previous year to $7.85 billion, a modest gain that suggest some ongoing subscribers may have hopscotched from a more expensive plan to the lower priced ad-backed option.

The earnings fell below the predictions of analysts who shape investors' expectations. But investors appeared to be more focused on the subscriber gains that were far above projections.

Last year's subscriber downturn, unprecedented since Netflix separated its streaming and DVD-by-mail services in 2011, prompted management to embrace advertising for the first time.

The company is now preparing to crack down on the rampant sharing of passwords that has enabled an estimated 100 million people worldwide to watch popular shows such as "The Crown" and "Stranger Things" for free.