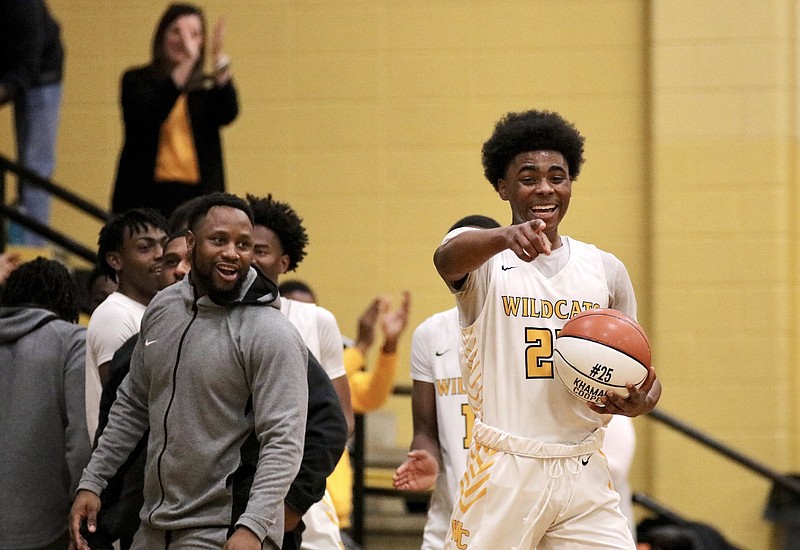 Khamani Cooper of Watson Chapel reacts to cameras after surpassing the 1,000-point career milestone in the second quarter of Friday's win over Warren at Watson Chapel. (Special to The Commercial/Jamie Hooks)

At some point, Watson Chapel's Khamani Cooper was going to score his 1,000th career point in high school basketball. He just had to keep it off his mind at least until he reached the milestone.

"I tried to not even think about it and then force some shots," the senior guard said. "I just let the game come to me and still get my teammates involved."

Cooper needed just 10 points for the milestone and he scored his 12th point on a 3-point basket in the second quarter as Watson Chapel stormed past Warren 66-40 Friday to remain undefeated in Conference 4A-8.

"At the end of the day, I still got the accomplishment, so I'm proud of myself," Cooper said.

His most loyal supporters celebrated the occasion with posters and the school awarded him a commemorative ball during a timeout in the action. He even received four balloons spelling out the numbers 1-0-0-0, after the game.

"He's a special kid," first-year Wildcats Coach Jevon Barnes said. "I tell people all the time, he's one of the most underrated players in the state. That kid is mentally strong. We always talk about letting the game come to him, and that's what he did tonight. He wasn't worried about points. He worried about winning. When he's going, we're going, and I'm so proud of that guy."

Senior guard Marcus Strong had another hot hand for the Wildcats, with 21 points.

"Marcus is Marcus; he's going to shoot the ball no matter what," Cooper said. "I love him to death. Marcus will come in every day and is a hard worker."

Watson Chapel, which will host Hamburg on Tuesday, has won seven-straight and 13 of the last 15. The Wildcats asserted control of the conference after handing Stuttgart and Monticello their first losses in the 8-team league last week.

The Wildcats earned No. 2 seeds in the 4A South Region and state playoffs each of the past two years. With Cooper playing some of his best basketball to date, the Wildcats are looking out for No. 1, starting with a conference championship.

"It's just a different mindset going into my final year," he said. "I know I've got to lead my team day in and day out, show up and perform even on my bad days as much as possible."

Also at Watson Chapel, the Lady Wildcats shook off their first conference loss and finished with three double-digit scorers in decisively beating the winless Lady Jacks.

Kha'leyce Cooper scored 12 of her game-high 18 points in the second quarter. She made all eight of her free throws on a night when the Lady Cats went 14 for 17.

Maranda Emerson and Trinity Mitchner each scored 11 points, and Maya Peoples had 9 for Watson Chapel (10-10, 5-1 in 4A-8), who have won 7 of 8. The Lady Cats can surpass the .500 win percentage for the first time in two years with a key home game against Hamburg on Tuesday. 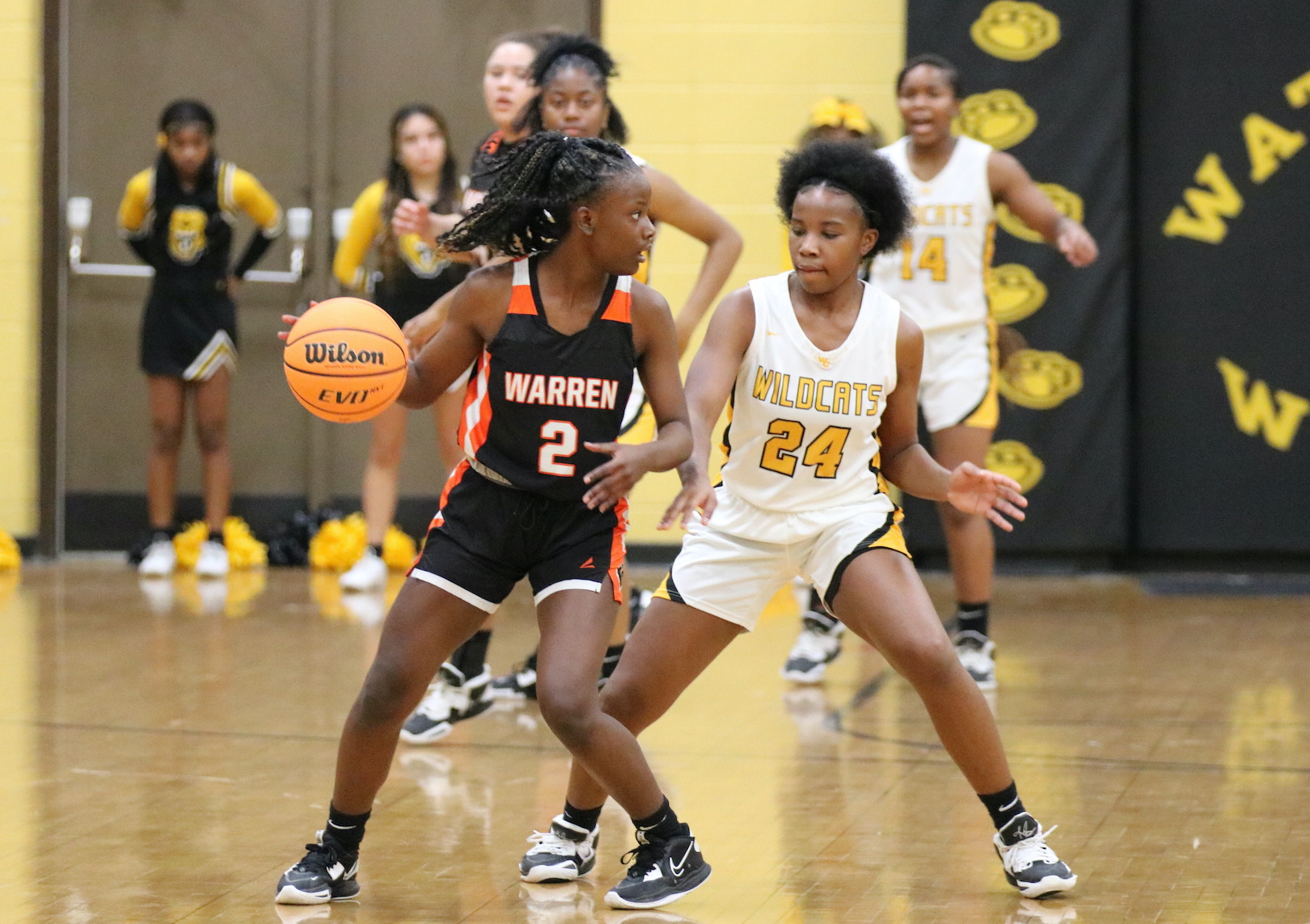 Keyundra Sanders of Watson Chapel pressures Aaliyah Walton of Warren in the first half of Friday's game at Watson Chapel. (Special to The Commercial/Jamie Hooks)