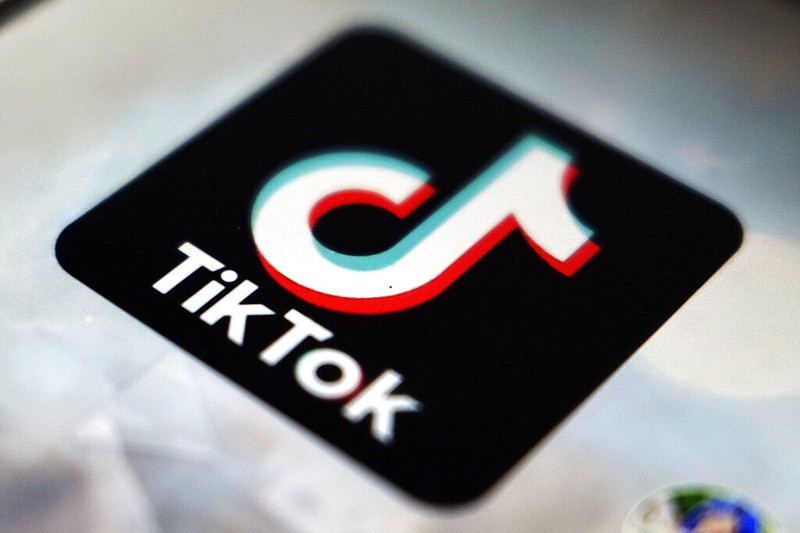 After moves by then-Gov. Asa Hutchinson and his successor, Sarah Huckabee Sanders, to ban TikTok from state government devices, some Arkansas colleges and universities followed suit.

System spokesman Nate Hinkel said in an email that neither a memo released by the Hutchinson administration in December nor Sanders' executive order this month "applied directly to higher education," but the system has "been in communication with our information technology officials and with our campuses regarding the concerns surrounding TikTok and the likelihood of legislation that would ban its use on state devices."

"While we haven't taken any direct action to ban TikTok at this point, discussions and research have been ongoing within the UA System to determine the best path forward and to prepare for the likelihood of legislation limiting its use," Hinkel said.

"We take cybersecurity very seriously and understand the need to be vigilant regarding these matters."

Arkansas State University in Jonesboro, meanwhile, has already taken action, joining the University of Texas and campuses in Oklahoma, Alabama and Georgia in restricting access to TikTok on university Wi-Fi.

Bill Smith, ASU's chief communication officer, said the university is simply complying with what they were asked to do regarding state-owned networks.

"My understanding is students are simply just going to [use] their cellular data as they would in any other circumstance and [continue] on as they wish," he said. "I think that's the clear thing to keep in mind. While it's not on devices that have been issued by the state, and we're not using it on our network, that doesn't mean that students can't continue to use it. That has no impact on them in that way."

Arkansas Tech University in Russellville released a statement to their students, faculty and staff on Jan. 4 noting the suspension of the app on the university network. The official university-supported TikTok account will no longer be in use per the terms of the suspension.

Rachel Putman, associate director for strategic communications at the University of Arkansas at Fort Smith, which is part of the UA System, said the university has been following conversations around data security and information safety regarding TikTok, and wasn't surprised that directives have been put in place by governors Hutchinson and Sanders.

"Safety is always a priority, data safety included, so we are well equipped to amend our content plan, whether TikTok has a place in it or not," she said. "In addition to using other short-form video platforms like Instagram Reels and YouTube Shorts, we are also looking ahead at emerging platforms."

Putman added that the popularity of the university's BeReal account has allowed it to demonstrate a true day in the life to prospective students who are "eager to see our real students in real time." BeReal is a social media platform that prompts users to post once a day at specific times.

Lena Davis, a junior in marketing and a university social media assistant, said she believes the content team can pivot to use Instagram Reels and the BeReal account.

"At UAFS we aim to be authentic and to showcase the real life of our students," she said. "Through the newly popular app BeReal we are able to do just that. We can converse, encourage and interact with our community, and our future students can gain a better understanding of what it's like to be a Lion. Instagram Reels also [allow] us to be authentic in [a] short video format similar to TikTok."

At least one public school district has also banned TikTok.

Mary Jordan, Springdale School District public relations specialist, said the district does not permit the app in any capacity, and it is blocked on the district's Wi-Fi network.

TikTok is owned by ByteDance, a Chinese company that moved its headquarters to Singapore in 2020. Critics say the Chinese government could access user data like browsing history and location. The U.S. armed forces have prohibited the app on military devices.

TikTok is used by two-thirds of American teens and has become the second-most popular domain in the world, The Associated Press reports.

According to the AP, news reports from last year indicated that a China-based team improperly accessed data of U.S. TikTok users, including two journalists, as part of a covert surveillance program to ferret out the source of leaks to the press. There are also concerns that the company is sending masses of user data to China, breaching stringent European privacy rules.

"We're disappointed that so many states are jumping on the political bandwagon to enact policies that will do nothing to advance cybersecurity in their states and are based on unfounded falsehoods about TikTok," Jamal Brown, a spokesperson for TikTok, said in an email to the AP.

At least 22 other states, including Alabama, Kansas, Louisiana, Mississippi, New Jersey, North Carolina, Ohio, South Dakota and Wisconsin have instituted bans on the use of TikTok on government devices. Last month, Congress banned TikTok from most U.S. government-issued devices over bipartisan concerns about security.

According to The New York Times, colleges in Idaho, including Boise State University, and the University of Oklahoma recently said that TikTok was banned from their campus Wi-Fi networks.

Idaho State University's official TikTok account has been deactivated, and the Times reported that more changes could be ahead. Gov. Greg Gianforte of Montana asked the Montana University System to stop allowing TikTok on its networks in a Jan. 3 letter, citing security risks.

Following a directive last month by Texas Gov. Greg Abbott to ban the use of TikTok, the University of Texas at Austin blocked the social media app from its networks.

CORRECTION: Rachel Putman, associate director for strategic communications at the University of Arkansas at Fort Smith. Her last name was misspelled in an earlier version of this story.