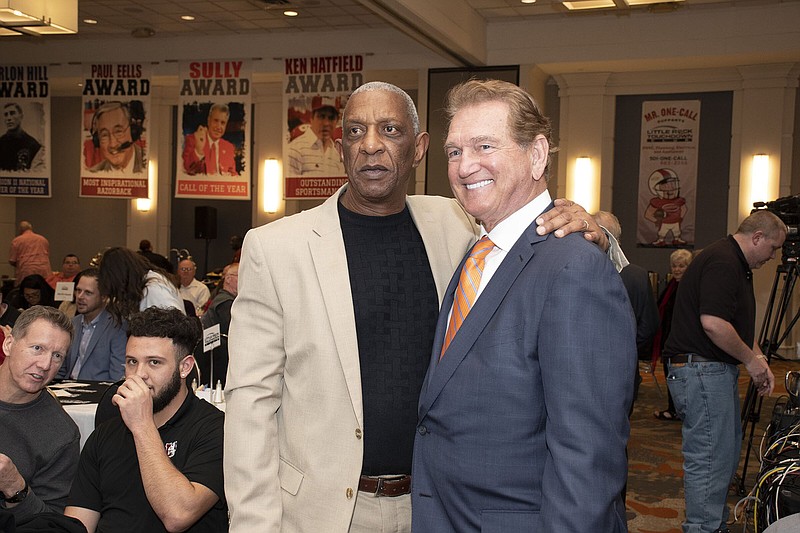 The luncheon was the first in-person award banquet since 2019 and was a chance to honor a Most Valuable Player from each college in the state. Other awards presented were the Sully Award, given to Kevin Pearcy, who calls games for Newport High School; the Willie Roaf Award given to Ricky Stromberg of the University of Arkansas and Joey Su'a of Bentonville High School; the Darren McFadden Award presented to T.J. Cole of Ouachita Baptist University and Dennis Gaines of East Poinsett County High School; the Dan Hampton Award was given to Quincy Rhodes Jr. of North Little Rock High School; the Cliff Harris Award went to Caleb Murphy; and John Matocha of Colorado School of Mines received the Harlon Hill Award. The Paul Eels Award was given to the UA's Bumper Pool.

After the awards ceremony, David Bazzel and Theismann discussed the former Super Bowl XVII Champion's career and Theismann offered advice to the student players on balancing their time and investing in their education. He also spoke about the career-ending sack in 1985 that he says brought his feet back to the ground and the realization that he was not here to be served.

"Every day of our life we need to serve others in some way, shape or form," he said.