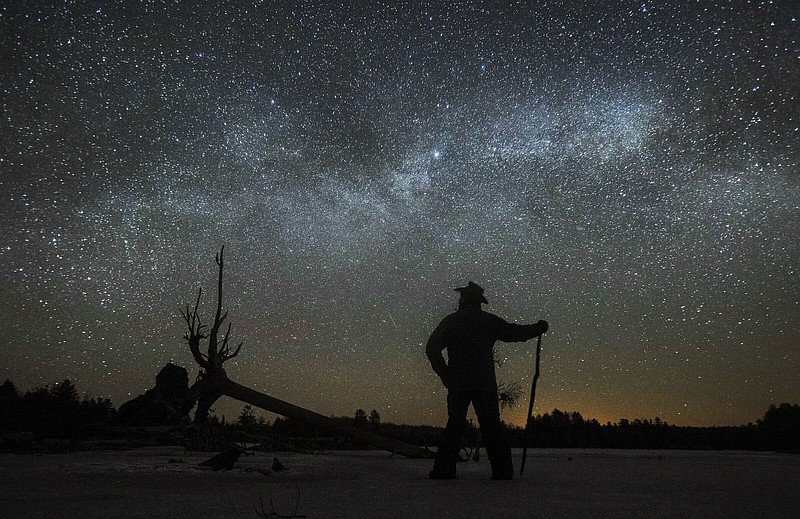 WASHINGTON -- Every year, the night sky grows brighter and the stars look dimmer.

A new study that analyzes data from more than 50,000 amateur stargazers finds that artificial lighting is making the night sky about 10% brighter each year.

That's a much faster rate of change than scientists had previously estimated looking at satellite data. The research, which includes data from 2011-22, was published Thursday in the journal Science.

"We are losing, year by year, the possibility to see the stars," said Fabio Falchi, a physicist at the University of Santiago de Compostela, who was not involved in the study.

As cities expand and put up more lights, "skyglow" or "artificial twilight," as the study authors call it, becomes more intense.

The 10% annual change "is a lot bigger than I expected -- something you'll notice clearly within a lifetime," said Christopher Kyba, a study co-author and physicist at the German Research Centre for Geosciences in Potsdam.

Kyba and his colleagues gave this example: A child is born where 250 stars are visible on a clear night. By the time that child turns 18, only 100 stars are still visible.

"This is real pollution, affecting people and wildlife," said Kyba, who said he hoped policymakers would do more to curb light pollution. Some localities have set limits.

The study data from amateur stargazers in the nonprofit Globe at Night project was collected in a similar fashion. Volunteers look for the constellation Orion -- remember the three stars of his belt -- and match what they see in the night sky to a series of charts showing an increasing number of surrounding stars.

Prior studies of artificial lighting, which used satellite images of the Earth at night, had estimated the annual increase in sky brightness to be about 2% a year.

But the satellites used aren't able to detect light with wavelengths toward the blue end of the spectrum -- including the light emitted by energy-efficient LED bulbs.

More than half of the new outdoor lights installed in the United States in the past decade have been LED lights, according to the researchers.

Skyglow disrupts human circadian rhythms, as well as other forms of life, said Georgetown biologist Emily Williams, who was not part of the study.

"Migratory songbirds normally use starlight to orient where they are in the sky at night," she said. "And when sea turtle babies hatch, they use light to orient toward the ocean -- light pollution is a huge deal for them."

Part of what's being lost is a universal human experience, said Falchi, the physicist at the University of Santiago de Compostela.

"The night sky has been, for all the generations before ours, a source of inspiration for art, science, literature," he said.