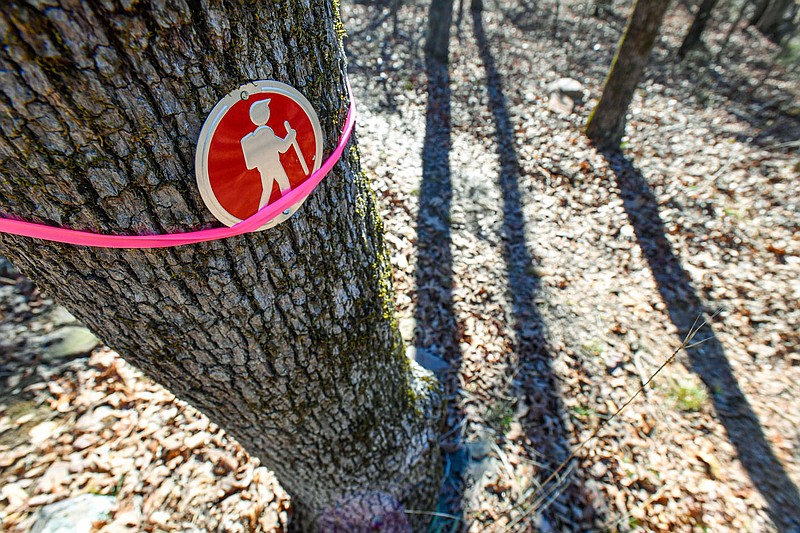 A hiking marker is seen on a tree, Thursday, Jan. 19, 2023, along the East Loop Trail around Greenwood Lake in Greenwood. At its meeting Tuesday, the Greenwood Parks Commission talked about possibly allocating money to have the trails in the cityâ€™s trail system mapped using a geographic information system. Visit nwaonline.com/photo for today's photo gallery. (NWA Democrat-Gazette/Hank Layton)

GREENWOOD -- People who want to use the city's trail system may be able to harness the power of technology to do so.

The city Parks Commission discussed spending money to have all the trails in the city mapped using a satellite-based geographic information system at its meeting Tuesday.

Casey Craig, parks director, said this would allow people to use their cellphones to access a map on the Parks Department website that would show the trails and where they are on the trails. The system would also be able to pinpoint all the Eagle and Girl Scout projects in the city.

"I think it would be very beneficial for us as a Parks Department, especially for our Trails Committee, to have mapped trails," Craig said. "It's awesome for people coming into the city to be able to see where the trails are, how they lead, where they're going."

Craig added the system could help the Parks Department apply for grants.

"Having those trails mapped at our fingertips, instead of having to make special exceptions or ask someone to map trails for us in a one-off type of situation, would be very convenient," Craig said.

Craig said the system would be done through a contract with the Western Arkansas Planning and Development District in Fort Smith. The city has already contracted the district for mapping out its entire water and sewer system.

Tina Thompson, geographic information systems/911 administrator for the Planning and Development District, wrote in a Jan. 9 email Craig provided the initial set-up for such a system for the Parks Department would cost an estimated $2,900. There would also be a $200 monthly maintenance fee.

Craig said maintenance would include incorporating changes to the system, such as new trail sections or scout projects built.

Ralph Meeker, Ward 3, Position 2 alderman on the City Council, suggested the system include locations for "places of historical significance" as well. He said there are applications that could track someone who downloaded the map to their phone and notify them when they come to certain locations while walking on the trails.

Tom Marsh, city finance director, asked if the Parks Department could pay for maintenance on the system only when it's needed, as opposed to at a fixed $200 per month.

"You go 11 months and you don't need them, then you're paying a lot of money," Marsh said.

Craig said he didn't ask the Planning and Development District that question, but he could after the meeting. He said he would get back with the commission after discussing the maintenance fee with the district at the commission's meeting Feb. 21.

The commission also briefly talked about putting together a list of park projects Tuesday. However, it and Craig decided the best course of action would be to have a study session dedicated to the matter later this year. Craig suggested this take place in either April or May.

The Parks Department has amassed 23 proposed projects over time either never completed or started, according to Craig. The commission will use the project list to plan when the projects will be undertaken and how each of them will be funded between 2024 and 2026. 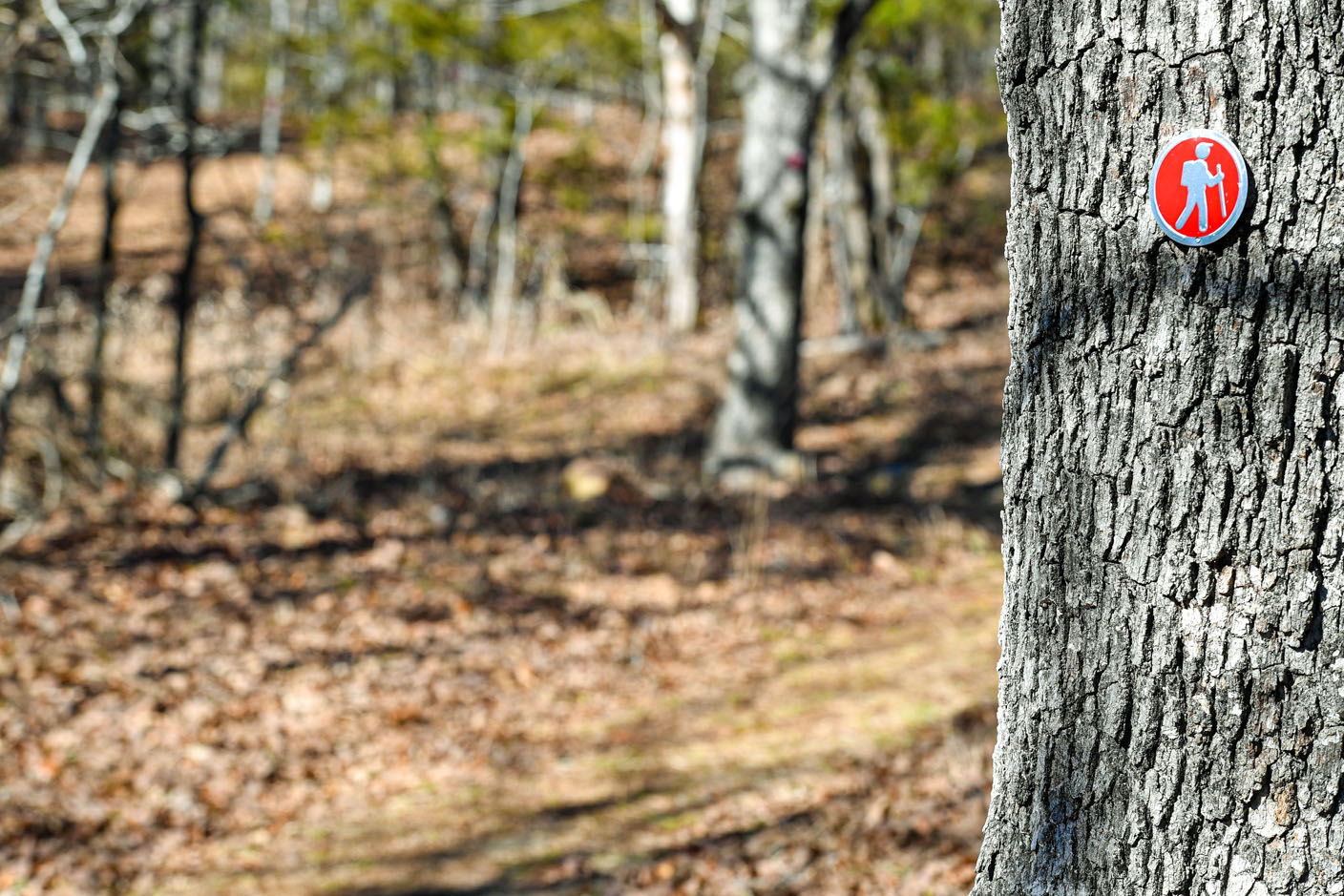 A hiking marker is seen on a tree, Thursday, Jan. 19, 2023, along the East Loop Trail around Greenwood Lake in Greenwood. At its meeting Tuesday, the Greenwood Parks Commission talked about possibly allocating money to have the trails in the cityâ€™s trail system mapped using a geographic information system. Visit nwaonline.com/photo for today's photo gallery. (NWA Democrat-Gazette/Hank Layton)