RIGHT TIME RIGHT PLACE: He dodged her rocks, then he caught her heart 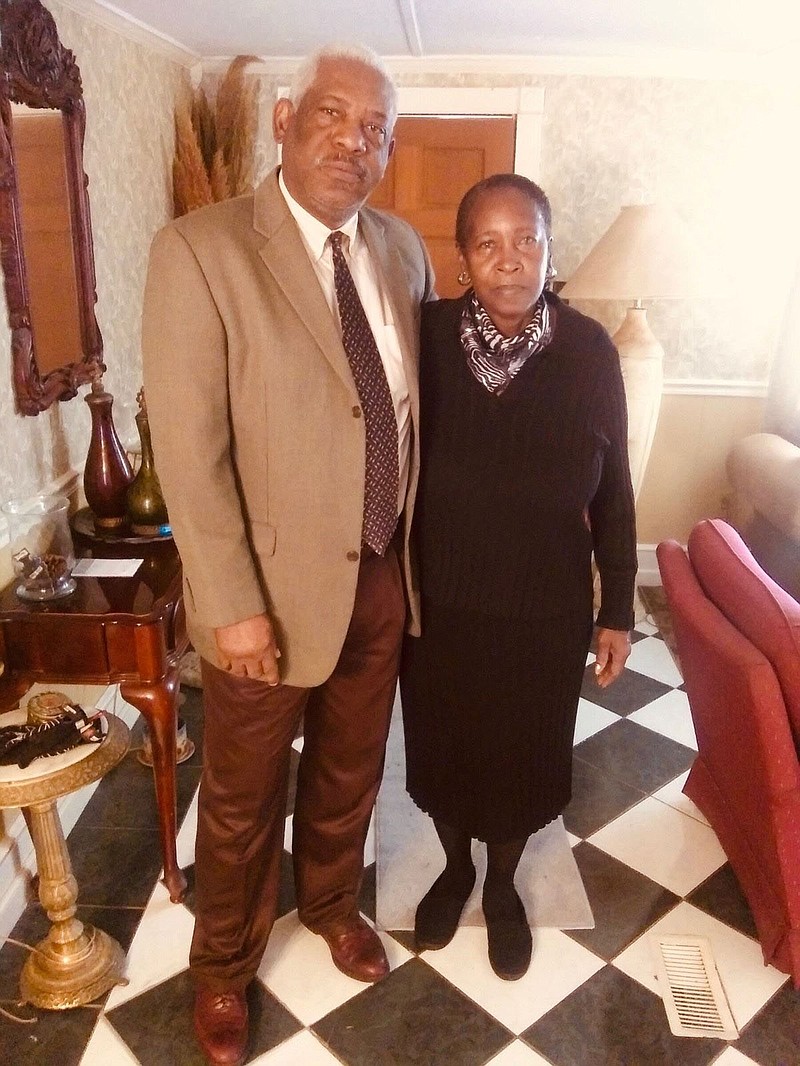 Royal and Gloria Doss of Alexander celebrated their 50th anniversary Saturday. Royal was 8 years old when he moved into a house next to Gloria’s. She was 6. “I knew, even then, that he was going to be the one for me someday,” she says. “It was just a feeling.” (Special to the Democrat-Gazette)

Gloria Fowler lobbed rocks at Royal Doss as he walked by her house when they were children. When they got older, he chose a stone just for her -- set in a ring he slid onto her finger.

Gloria was 6 when Royal, then 8, moved into her neighborhood, in the Ragland Plantation area near Hughes in St. Francis County.

"She was a pest," Royal says of Gloria. "I used to pass her house going to the store and she used to throw rocks at me and one of my brothers, and then she would duck and hide as we were coming around the house. We caught her."

Royal thinks she was probably flirting. Gloria insists it had more to do with boredom.

"I had to find something to do and I guess that was the best thing, so I just threw rocks at him," she says.

So close in age, Gloria and Royal became playmates.

"We used to sneak and pick up pecans on the hill there in front of our house," Gloria says. "Across the street from our house, there was a grove of woods and it had a lake and there were pecan trees."

There were other kids around -- Royal had 17 siblings -- but it was generally just the two of them out looking for adventures.

Royal and Gloria rode the bus to and from school each day, but they were in different grades and did not see each other much while they were there.

"We would get there and split ways," she says. "He would go to his room and I would go to mine, because he was in a higher grade than I was."

After school and on weekends and holidays, though, they were in and out of each other's homes, and hanging out in each other's yards. The teasing continued.

"I would play basketball and I would get thirsty and she would go inside and get me a glass of water," he says. "I knew if I didn't drink it all she would throw it on me."

Life wasn't all fun and games for Gloria and Royal, but they enjoyed being in each other's company, even when they were chopping cotton in the fields.

"We were pretty much always together," she says.

Gloria was about 15 when she and Royal asked her grandmother if she could ride home with him.

"On Friday nights and Saturday nights, they always went uptown. They had a little hangout place where the parents used to hang out, or grandparents, and I knew that so I came around," Royal says. "And she asked me to ask her grandmother if she could ride home with me."

Gloria's grandmother was not surprised by the request. Gloria is pretty sure her grandmother knew from the beginning that it was a date they were asking permission to have, even though they didn't say that outright.

"She said yes, told me to take care of her, and I brought her home early, about 10:30 or 11 o'clock," he says. "Every weekend, every Friday and Saturday night, after that, when they went uptown, she got to ride with me."

Their relationship had morphed by then from childhood friendship to something more, almost without their realizing it had ever been otherwise.

"We just started riding together in my old car, and sitting in the car in her yard or in my house," he says.

Royal left for Little Rock, where he got a job with a car dealership.

Gloria had moved to Little Rock briefly before he did, and she had worked as a babysitter, but she returned home before she found out he had gotten a job there, too. She decided to move back to Little Rock then, too, to be near Royal.

"We had a real simple wedding at her grandmother's house," Royal says. "Everybody from church came and we had a wedding in the yard."

She wore a long-sleeved turquoise mini dress with two pockets on the front for the ceremony, and Royal wore a suit.

The newlyweds lived with Royal's brother in Little Rock for about six months, until they could afford to buy a house. They lived in that first house for a couple of years, and then they sold it and moved into the Alexander house they live in now.

Royal and Gloria owned a restaurant, Boardwalk Family Restaurant, in Alexander for several years. He also owned a lawn care and construction service.

They have three children -- Melissa Garrett, Patrick Doss and Christopher Doss, all of Alexander.

"We see each other and hug and love on each other every day," Royal says.

Gloria and Royal, who also have 10 grandchildren, will celebrate their 5oth anniversary during a family dinner, and they are planning a later trip to Memphis.

"We'll maybe have dinner or see a movie or something old people like to do," Royal says.

Royal says he knew early-on that he and Gloria would be together.

"I felt like she was trying to get some of my attention," he says. "I just got tired of running."

She says: “I had this sort of feeling that someday he would be mine. It was just a feeling I had, that I knew he would be the one.”

He says: “In the beginning I thought she was a pest. But the more time we spent together the more I developed strong feelings for her.”

She says: “It was nice and pretty outside and sunny, and I was happy. My heart was rejoicing.”

He says: “It was the first time I kissed her in public — in front of her grandma and granddaddy.”

She says: “You need to be truthful. No lying is allowed in marriage.”

He says: “Communicate. You can’t figure things out by yourself. You have to talk about things, and I don’t care how bad it is or how much it hurts. And don’t let family and friends in your marriage.” 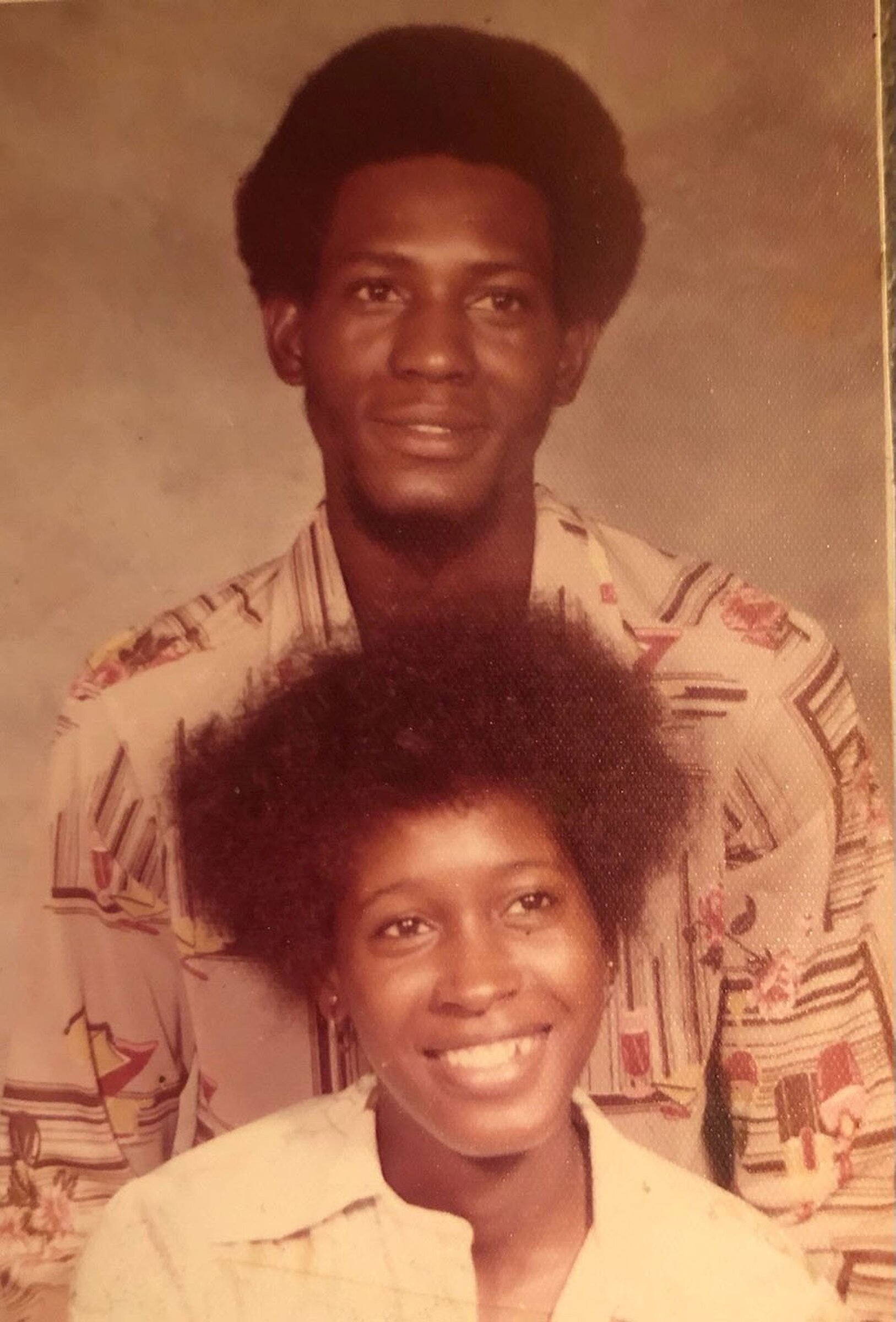 Royal Doss and Gloria Fowler were 17 and 19 years old when they married on Jan. 21, 1973. They had already known each other most of their lives. “I can remember things before the day that we moved in, but I was just 8 years old,” Royal says. (Special to the Democrat-Gazette)

Print Headline: He dodged her rocks, then he caught her heart