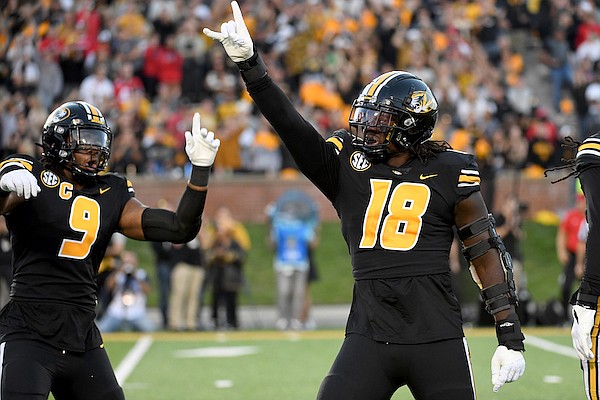 Jeffcoat, 6-4, 269 pounds, made an official visit to Arkansas over the weekend.

He started 10 of 12 games last season for the Tigers and recorded 21 tackles, 2.5 tackles for loss and 1 sack. As a redshirt junior, he started all 13 games and had 34 tackles, 10 tackles for loss, 3.5 sacks and 4 quarterback hurries.

As a redshirt sophomore, Jeffcoat had 23 tackles, 6 tackles for loss, 6 sacks, 7 quarterback hurries and 1 forced fumble while being a first-team All-SEC selection.

Jeffcoat played in 13 games as a true freshman in 2018 and recorded 7 tackles and 1 sack, which came against Arkansas.

He was an ESPN 3-star recruit and the No. 111 defensive end in the nation as a senior at Irmo High School in Columbia, S.C. He chose Missouri over Indiana, Colorado State and other schools.

Jeffcoat is the 10th scholarship mid-term transfer to commit to Arkansas. He is the second transfer defensive lineman to pledge to the Razorbacks and the fifth defensive transfer to join the program for next season.

He's expected to enroll on Monday.