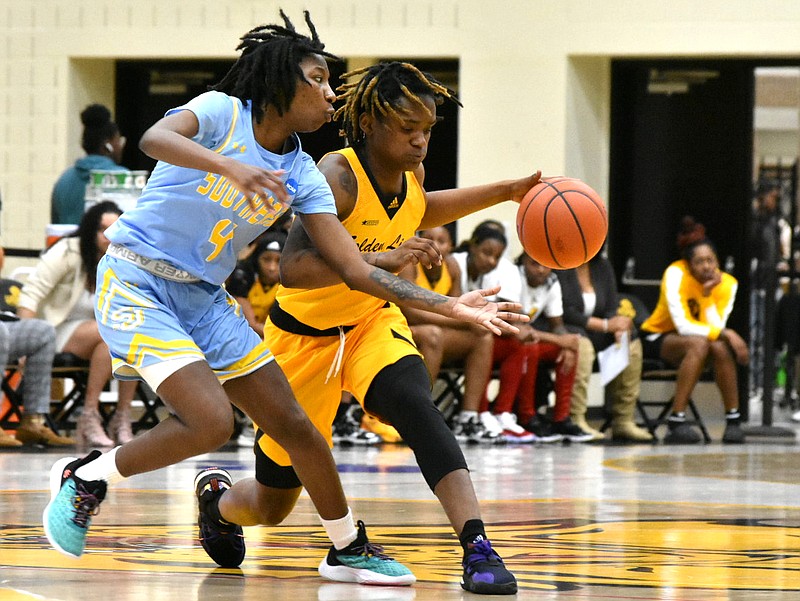 The tag team between Maya Peat and Maori Davenport on the low blocks has paid off handsomely for the University of Arkansas at Pine Bluff.

Davenport added 10 points and 5 blocks with her points off the bench, and starter Peat scored a game-high 15 points to go with 6 rebounds to help the Lady Lions take a 70-53 win over Southern University on Saturday at H.O. Clemmons Arena.

"I think my game and Maya's game complements each other well," Davenport said after regularly substituting in and out for Peat. "Maya is a powerful post player. She's going to post you up and get the and-1 [draw a foul and earn a free throw as she makes a basket] or just make the layup.

"I love her game. It influences me to do my job because I see her going so hard, finishing around the basket and getting rebounds. I just love playing with her."

Davenport, a junior transfer from the University of Georgia, scored in double figures for the first time in six games and had her first double-double since Nov. 27 against North Carolina A&T. She had missed several games before Christmas with an injury, allowing third-year letterwoman Peat to move into the starting role.

"The one thing they do really well is play together," UAPB Coach Dawn Thornton said. "Even in practice, we try to get them a lot of reps in and given them opportunities to be on the floor together. I think they complement each other. They make the passes at the right time, and we're just excited about their performance from today."

Demetria Shephard scored 12 points for UAPB, which has won 2 of its last 3 and beat a team that was tied for second place with three other teams in the conference.

Preseason SWAC Player of the Year Zaay Green, who's been dealing with an unspecified injury, sat on the bench for Saturday's game but was not dressed out. Waiting to play her first game of the season, Green was expected to be cleared earlier in the week.

UAPB will host Grambling State at 5:30 p.m. Monday, and a win then will give the Lady Lions a winning streak for the first time this season.

"Our confidence level has always been high," Davenport said. "It's our focus. We need to be focused at all times." 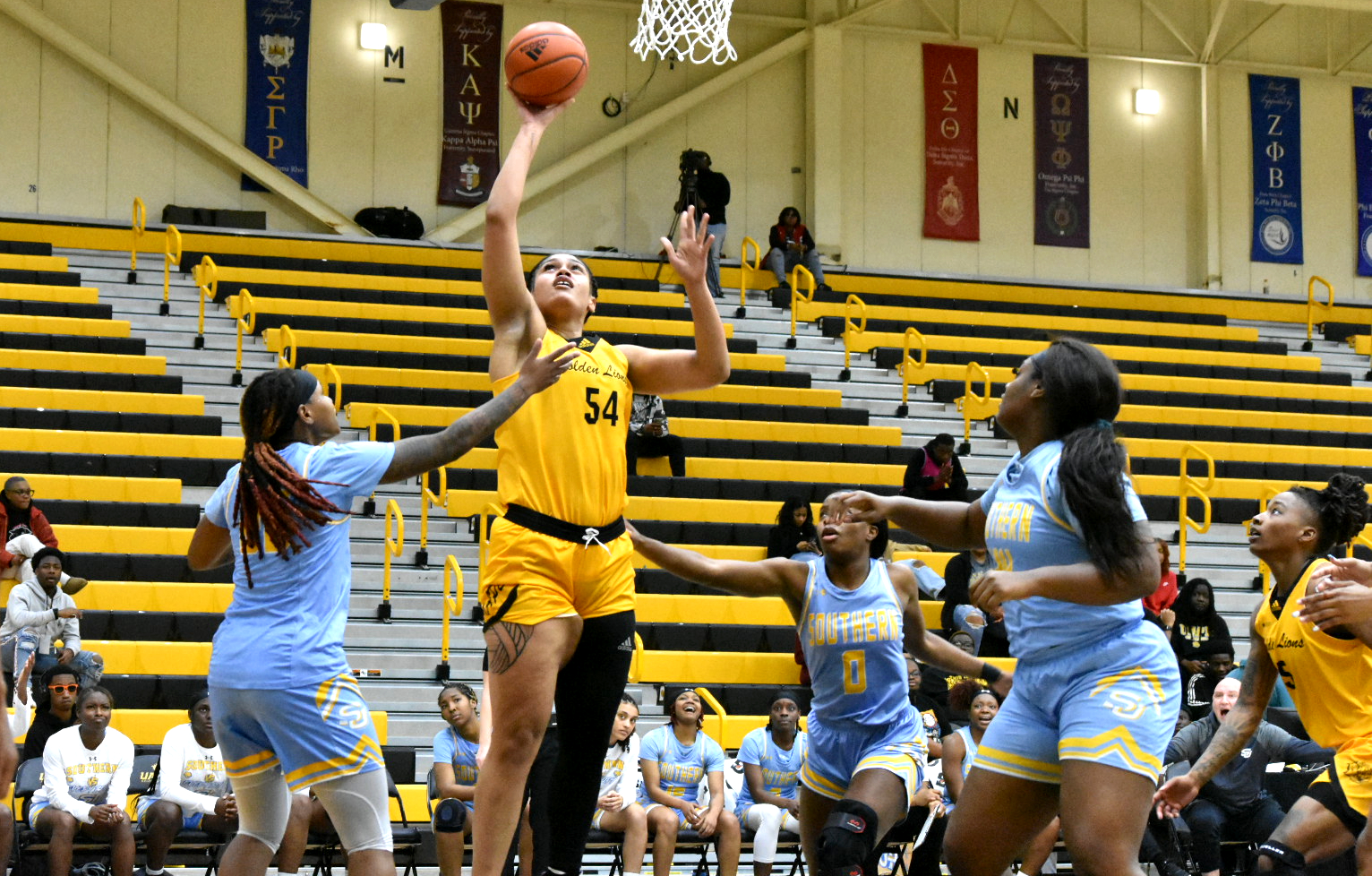 Maya Peat of UAPB lays up a made basket while surrounded by Southern players in the second quarter Saturday at H.O. Clemmons Arena. (Pine Bluff Commercial/I.C. Murrell)