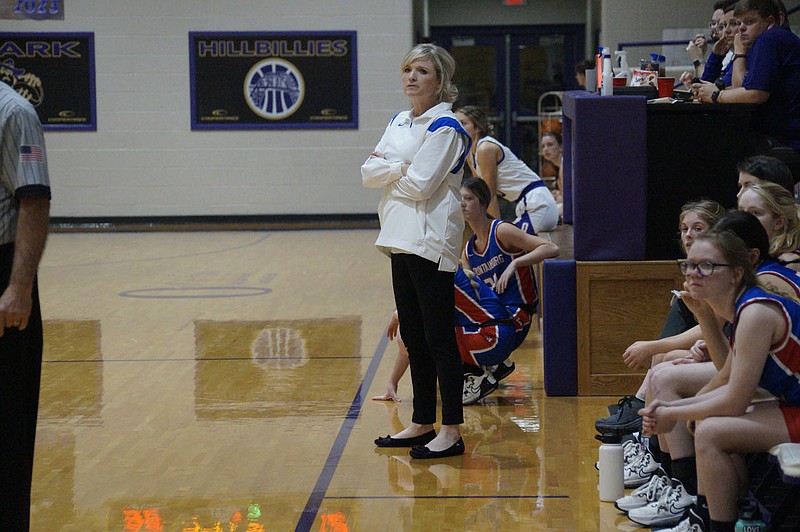 MOUNTAINBURG -- Paige Jones first had plans to be a journalist when she went to college at the University of the Ozarks in Clarksville.

She just couldn't shake her love for basketball, though.

"I was going into journalism," Jones said. "I took a couple of journalism courses, but I couldn't stand the thought of not being around it the rest of my life. I've always loved basketball."

So, in her second semester, she switched from the Journalism Department to the Physical Education Department.

"I graduated in 4½ years and had fun in the process playing basketball and tennis," she said.

Jones is in her first year as the head basketball coach for the Mountainburg Lady Dragons after 24 years as an assistant coach mostly at Alma, her alma mater.

The transition was certainly helped with eight wins in her team's first 10 games this season.

"It was a pleasant surprise," Jones said. "I knew we'd run into some good teams. We've got Hector and Mansfield in our conference, so that's a rough stretch."

Jones, the former Paige Dean, played for Donnie Smith at Alma, then went to UofO to play sports. She performed her student teaching at Van Buren and had a coaching job waiting on her.

When Codey Mann took over after Flenor, he promoted Jones to assistant coach for the Lady Airedales.

Jones adopted her coaching style from Flenor, who guided the Lady Airedales to the state championship in 2005, and from Mann, who came to Alma after coaching boys at Russellville.

"I would say more Madelyn, her being my junior high coach and then being under her for so long," Jones said. "I will say I learned a lot from Codey. He had a unique way of looking at it. I learned a lot about relationships from him with kids, just how to connect and how times were changing, and how basketball was changing and evolving. He brought a newness in. I would say the core of my philosophy comes from Madelyn and what she taught me."

Jones took the job at Mountainburg last year as a girls' assistant under her brother, Zach Dean, who was set to take over the football program from Tom Harrell. That allowed Jones to move up as the head girls coach. It also opened the door for Jones' husband, Chop Jones, to take over Mountainburg's boys program after Michael McDonald left to become a high school assistant at Van Buren on Brad Autry's staff.

Jones and Chop have been married since 1998, and as longtime coaches, the conversation is always about sports in some fashion.

"All of it," Jones said. "We'll be on a road trip, and if we're not talking about basketball or our teams, we'll be talking about schools. It's great. It's been really good."

Last year, however, was the first time for the two to actually work at the same school.

"I was worried," Jones said. "We had gone 20-something years and never worked in the same school before. So last year was the first year we worked together. I wondered how it would go, but it's been really good. We always have something to talk about. It's usually basketball or the kids."

As an assistant for so long, and most of it at her alma mater, Jones was maybe a little content to remain as an assistant, but the opportunity at Mountainburg was just too good to pass up.

"This was my chance, and I jumped at it," Jones said. "I think I would have regretted it if I hadn't given it a shot."

Having played at Alma, Jones knew all about Mountainburg's passion for sports. The five schools in Crawford County used to play every year in the junior high and high school Crawford County Tournaments, which is always a highlight of the school year. It gave the smaller schools of Mulberry, Mountainburg and Cedarville a chance to compete against the bigger schools of Alma and Van Buren.

"My grandparents lived in Mountainburg forever," Jones said. "We loved to go get a Mountainburger and go to the dinosaur park; that was a big deal when I was little."

The Dean name is synonymous with sports in Crawford County, and when they get together sports is a main topic.

"We have pizza night at the Dean house at my mom and dad's, who live in Mountainburg," Jones said. "Conversation completely revolves around Mountainburg athletics and what's going on. There'll be a game on TV; the Cardinals, the Razorbacks, it will be somebody. If you're in our family, you have no choice but to know something about basketball."

Going from coaching at larger schools her entire coaching career to a small school has its drawbacks but also has its advantages.

"I've learned that," Jones said. "I'm having to coach seventh grade, junior high and senior high coming from a big school where you only worry about one team. In the same thing, I'm getting to teach them what I want from seventh grade on up, and that's been good."

The passion about sports is very unique at a small school.

"There's a lot of teaching that has to go on," Jones said. "Even on the high school level, you can't just assume that they know. At the same time, these kids will run through a brick wall if they know that you're going to be there and you're going to coach them and love them. They'll play their butts off. It is a sports school, absolutely. There's lots of school spirit, and that's a lot of fun." 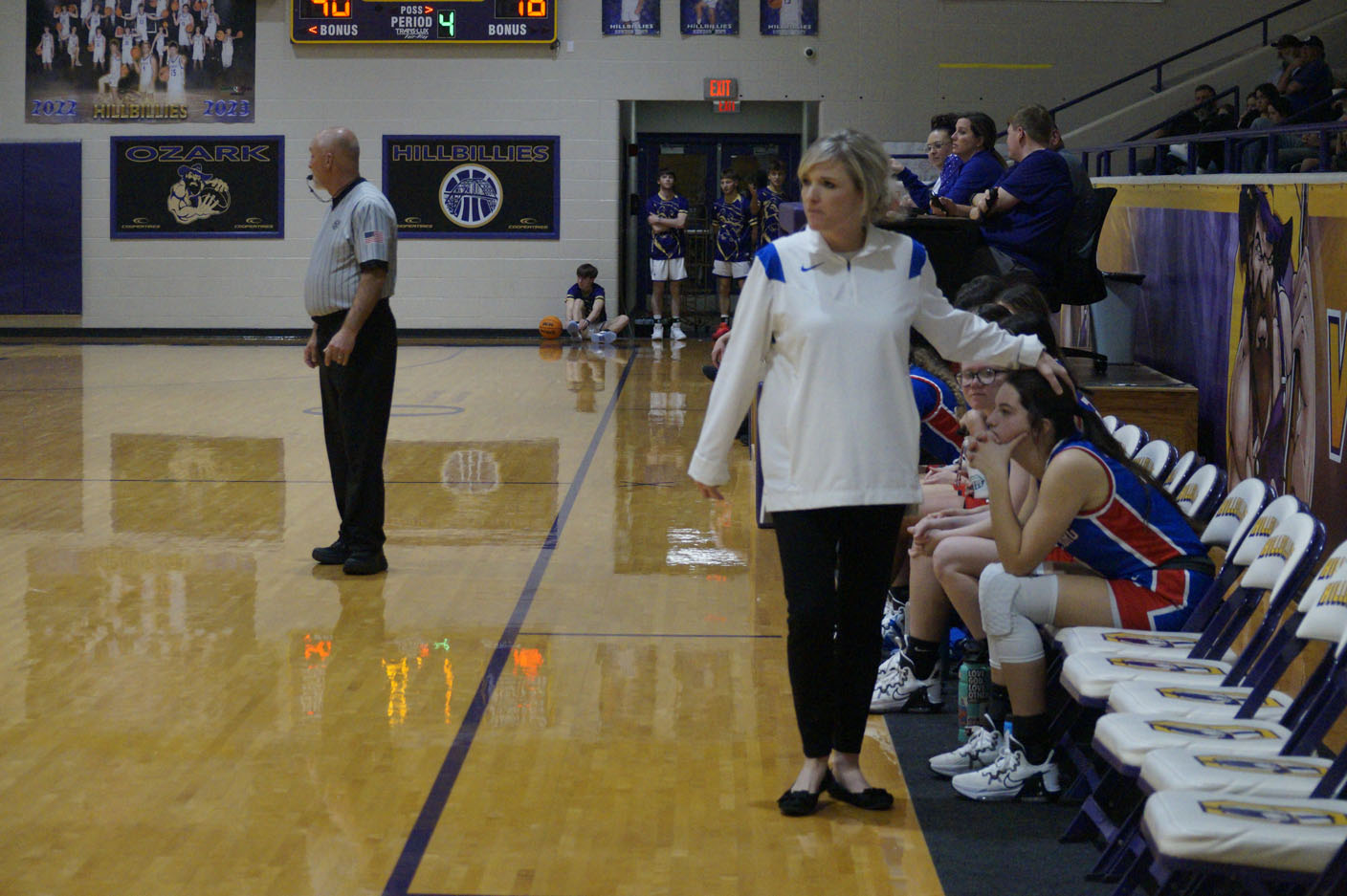