Time to end the obscenity 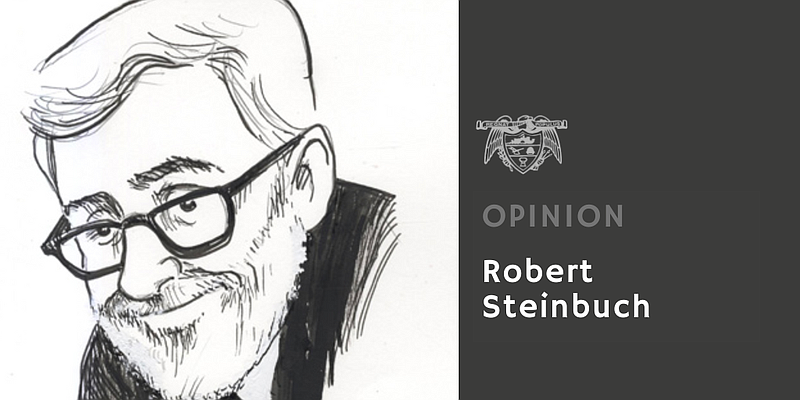 Under current law, no Arkansas school or library employee acting within the scope of his or her employment is liable for disseminating obscene material to children and others that would rightly land any ordinary individual in jail.

I can hear the leftist defenders of degeneracy mustering up a justification: A student might be investigating the topic, they'd say. But we don't let schools and libraries hand out heroin if someone wants to "research" it. It's illegal.

Then they will falsely lament that obscenity is inherently indefinable and, therefore, public employees never will know whether they've crossed that invisible indicator of illegality. But obscenity law applies to virtually all other Arkansans now. And for the vast majority of regular folk, this standard doesn't pose a problem, because if you don't come close to the line, then you certainly won't cross it.

Potential-limited imprecision in the law, or not knowing when it applies, doesn't make it unenforceable. If you grab an extra chalice of cheer at this year's office party and drive drunk, you'll be guilty of operating a vehicle under the influence, difficulty in determining the titer of blood-alcohol levels notwithstanding.

Similarly, contractors understand that if they use dynamite to excavate rather than a backhoe, they're liable for any damages irrespective of precautions, because TNT is inherently dangerous. They either take enormous precautions, or don't use dynamite.

Teachers and librarians shouldn't play with dynamite around our children. They don't need to be walking anywhere near the line of distributing obscenity.

The debasers of decency will claim that various forms of literature can be viewed as obscene. Nice try. That's not how law works.

The standard for illegal obscenity is whether an ordinary person, applying contemporary-community standards, would find that the work, taken as a whole, portrays sexual conduct in a patently offensive way that does not have any serious literary, artistic, political, or scientific value.

That's the law that we currently must comply with. Yet government bureaucrats and their paid lobbyists seek special dispensation by channeling Phil Hartman's caveman lawyer, falsely bemoaning the terrible confusion that is any proposal that challenges their institutional fiefdoms, special privileges, or set-asides.

And sure enough, enshrined in law, teachers and librarians are given a pass on obscenity. Why do those closest to our children garner greater leeway in peddling pornography than purely plebeian parents?

On one level, the already-alluded- to answer is easy: politics. At some point, lobbyists from the association of counties, the municipal league, the teachers unions, and the like convinced unwitting legislators that these able public servants need extra protection from bogeymen/runaway prosecutors looking to falsely label them as lascivious.

And on first blush, that concern with government overreach is appealing. But dig deeper, and the problem is patent.

First, teachers and librarians don't need extra protection from the legal landscape of criminal obscenity laws, because these folks shouldn't be anywhere in that neighborhood.

Second, granting greater license to librarians and teachers bolsters the leftist agenda of vesting in the state greater control of our children's lives than we do in parents. In many circumstances, the left wants to eliminate presumed parental involvement in children having access to abortion, deciding their gender classification within school, and receiving sex education and birth control.

This is where the transition from teaching to preaching becomes so facile. As government employees gain control over the family unit, leftist indoctrination blooms.

In this morass of moral relativism, modern-progressive race grievance was born. Race replaced class as the new lens through which leftists view everything. No longer are only individuals or specific groups racist, according to the left. We are now all unconsciously biased. We can't help ourselves!

Moreover, the law itself is systemically racist, say the progressive propagandists. There's no fixing it, just its exploitation by the contemporary proletariat--race hucksters--during their interminable pseudo-transitional dictatorship, all for the common good of the animal farm. Just don't order the bacon, because the pigs are a little more equal than the remainder of the menagerie.

All power, to the latest pigment-and-plumbing-prioritizing Leninists, must be wrestled free from the guarded grip of privileged white men and handed over to persons of color who somehow have the inherent ability to rise above race and use the unfixable kleptocracy that is the law to redistribute wealth and power to preferred minority groups.

And so birthed the so-called Diversity, Equity, and Inclusion (DEI) orthodoxy of today. Shocking how easily large corporations capitulated to racist and anti-capitalist tenets of race hucksterism by parroting DEI dogma in a transparent attempt to ride the wave's crest rather than get swept into the undertow. Good luck with that Molotov-Ribbentrop Pact. That cocktail is bound to explode.

But the primary preachers at the pulpit in the DEI church aren't corporations, they're academics--the very teachers and librarians given special privilege to share obscene material with our children. And the entirety of their underlying progressive agenda infecting the three Rs is morally obscene, not only the licentious portion.

As long as the Arkansas Legislature leaves on the books dangerous laws--like granting license for obscenity to teachers and librarians and fostering institutionalized racism under pigment-and-plumbing prioritizing, merit-eschewing, set-aside-demanding, emetically euphemized affirmative action (which is already banned in eight states)--we fail in our seraphic effort to pursue justice, promote the general welfare, establish a more perfect union, and secure the blessings of liberty for ourselves and our posterity.

Call your state legislators and tell them to eliminate legalized-government racism and obscenity, because, as Dee Snyder aptly proclaimed, we're not gonna take it any more!

This is your right to know.

Robert Steinbuch, professor of law at the Bowen Law School, is a Fulbright Scholar and author of the treatise "The Arkansas Freedom of Information Act." His views do not necessarily reflect those of his employer.