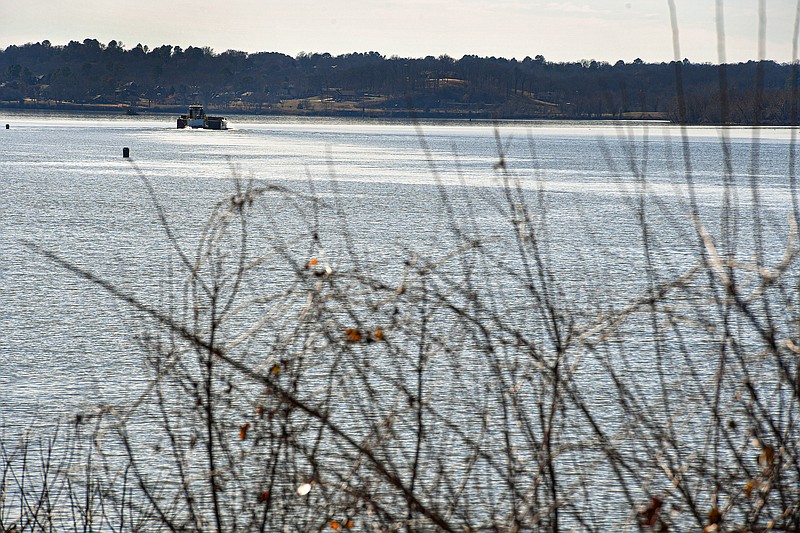 A vessel traverses the Arkansas River, Friday, Jan. 20, 2023, near Van Buren. At its meeting Wednesday, the Board of Directors for the Western Arkansas Intermodal Authority, an organization that plans and develops initiatives for transportation improvements benefiting western Arkansas, discussed traffic along the river. Visit nwaonline.com/photo for today's photo gallery. (NWA Democrat-Gazette/Hank Layton)

FORT SMITH -- The Western Arkansas Intermodal Authority is looking to the future after its executive director resigned earlier this month.

Sasha Grist, executive director of the Western Arkansas Planning and Development District, said Mat Pitsch left his position Jan. 6 to take a job with the Arkansas Secretary of State's Office. She and the authority's directors talked Wednesday about what steps to take next at the board's meeting.

The authority plans and develops initiatives for transportation improvements benefiting western Arkansas, according to the Planning and Development District website. It coordinates efforts with units of government and pursues public and private investments to achieve such improvements.

The authority is vital to the region, Grist said.

"If we don't have a group like this focusing on our transportation projects -- highway, rail, water -- then so many details, so many projects, I fear, would fall through the cracks," Grist said. "We need someone thinking about our region transportation infrastructure."

Grist said Pitsch provided the authority contractual consulting services on the district's behalf. He worked with the authority for about 14 years.

Pitsch declined to comment on the authority's future Thursday. His LinkedIn profile lists his current occupation as the secretary of state's director of government affairs.

Pitsch previously represented District 8, which included part of Sebastian County, in the Arkansas Senate from 2019 through 2022. He was in the state House of Representatives from 2015-19.

Pitsch ran for state treasurer last year, but lost to then-State Rep. Mark Lowery in the Republican primary in May. Lowery then defeated Democrat Pam Whitaker in the November general election.

Grist said Wednesday she believed the authority could continue moving forward with existing transportation-related infrastructure in the region, including companies and service-providers, as well as by looking at future grant opportunities, projects and growth. She proposed developing a committee to determine the best direction for the organization to proceed at this point, rather than a search committee to find a replacement for Pitsch.

Grist, in response to a question from board member Steve Vicary, said the authority needs to revamp its five-year plan by seeing what is still viable and incorporating both small and big picture goals.

The authority published four goals in 2016 with objectives through which to meet them. These included continuing to support a regional intermodal port along the Arkansas River, finding additional funding and supporting all modes of transportation, as well as promoting the development of a planned extension of Interstate 49 between Barling and Alma by the Arkansas Department of Transportation.

"I believe that we can take the goals and objectives that we had recently -- some of them have been accomplished -- keep the ones on there that we want to continue, but definitely be more specific with those," Grist said.

Jay White, authority board chairman, said he felt Grist gave the board a solid direction on what to do next.

"Definitely, I think we're all in agreement with an advisory board," White said.

Multiple board members expressed interest in serving on this committee Wednesday.

The authority's board also approved an updated services agreement between the authority and the Planning and Development District. Grist said the previous agreement had been ongoing since 2011. The updated agreement will last five years.

The agreement states the district will provide the authority board administrative and personnel support to pursue and achieve its "goals, objectives and directed activities" as dictated in the board's upcoming five-year plan. In exchange, the authority will pay the district $3,600 per month for these services and reimburse it for other related expenditures.

The authority board will have its next meeting April 5 at the Van Buren Public Library. 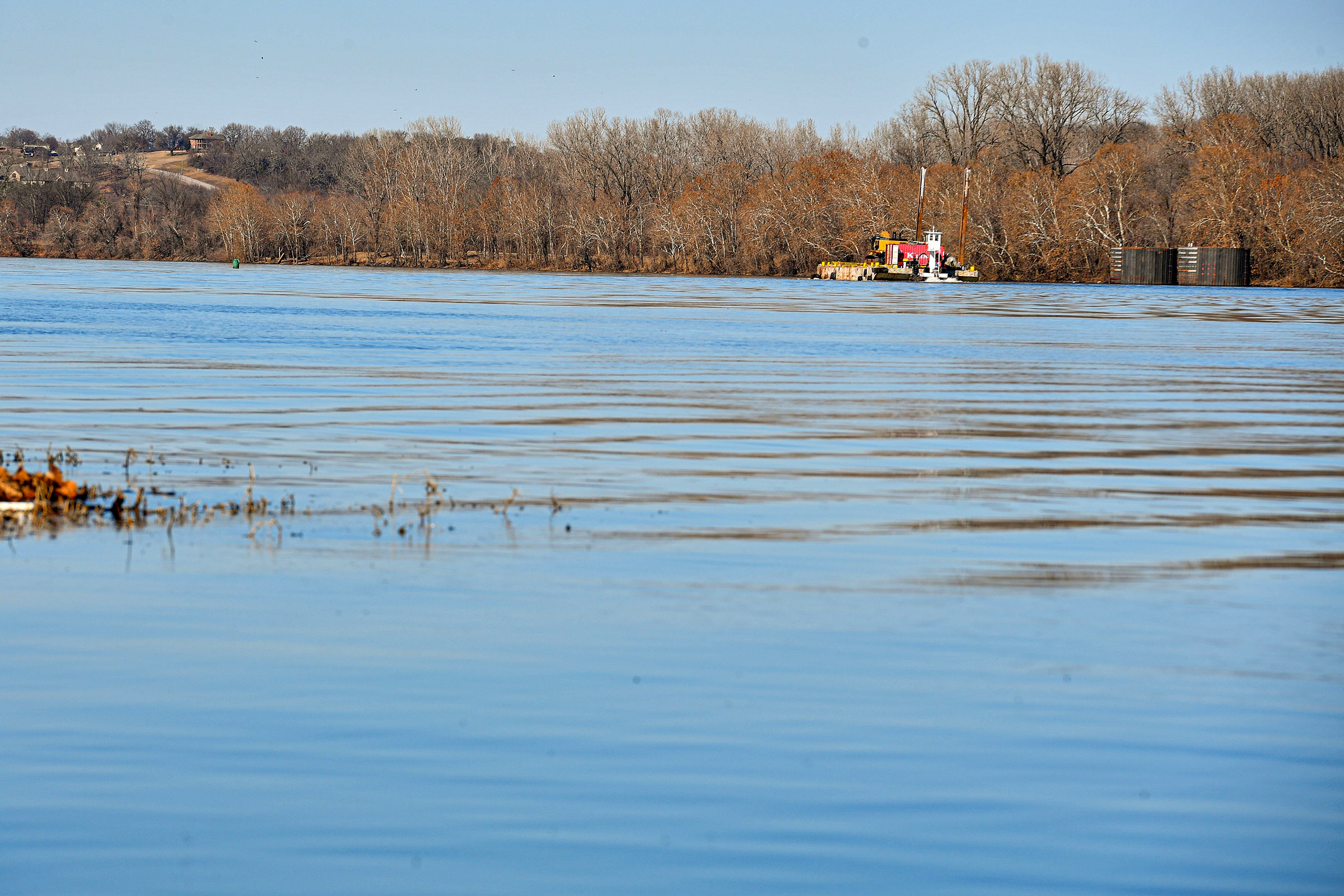 A vessel traverses the Arkansas River, Friday, Jan. 20, 2023, near Van Buren. At its meeting Wednesday, the Board of Directors for the Western Arkansas Intermodal Authority, an organization that plans and develops initiatives for transportation improvements benefiting western Arkansas, discussed traffic along the river. Visit nwaonline.com/photo for today's photo gallery. (NWA Democrat-Gazette/Hank Layton)
Western Arkansas Planning and Development District