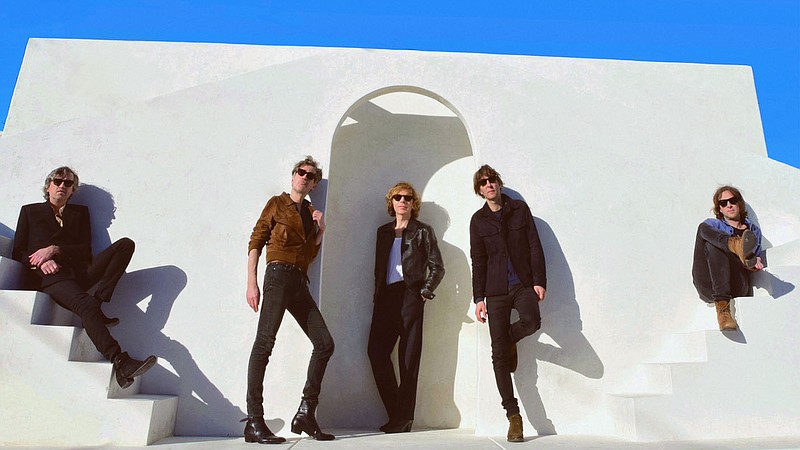 Beck (center) with Phoenix will bring their Summer Odyssey Tour to the AMP in Rogers on Aug. 18. Weyes Blood and Sir Chloe will join the tour stop. (Courtesy Photo)

"There's a destination a little up the road/From the habitations and the towns we know ..."

Along with those French-pop "listo-"maniacs Phoenix, the AMP just announced that on Aug. 18 eight-time Grammy winner Beck will perform in Rogers. The "Summer Odyssey Tour" will also include Weyes Blood and Sir Chloe. Gates open at 4:30 pm. Music starts at 5:45 p.m.

Breaking through the music scene of the mid-'90s with a sound that was neither part of the Seattle grunge sound or the R&B music that ruled the airwaves at the time, Beck straddled the line between both by employing hip-hop beats, spoken-word lyrics and a very '90s mindset with his 1994 "Loser" hit from his breakout album "Mellow Gold." He followed up with a similar in tone, yet multi-platinum "Odelay," which contained "Where It's At" and "Devil's Haircut," from 1996-97. After 1999's "Midnight Vultures," his sound shifted to a mature and more introspective sound with "Sea Change" in 2002, and he seemed to find a common ground between sarcasm and introspection with 2005's "Guero." Since then he's continued to fine-tune his sound, defy genres and create a sonic sound exploring all facets of being. His subsequent albums "The Information" (2006), "Modern Guilt" (2008) and "Morning Phase" (2014), detail a prolific and thoughtful songwriter who would rather reinvent himself rather than let his music get stale.

Beck will be supported by Phoenix, who recently wooed crowds at Format Festival in Bentonville and will join Beck on this tour. Phoenix has been nominated twice for Grammy awards, winning best alternative album in 2010 for their record "Wolfgang Amadeus Phoenix," which included hit singles "1901" and "Lisztomania." They also won best rock album in 2014 for "Bankrupt! at the French Victoires de La Musique," according to a press release from the AMP.