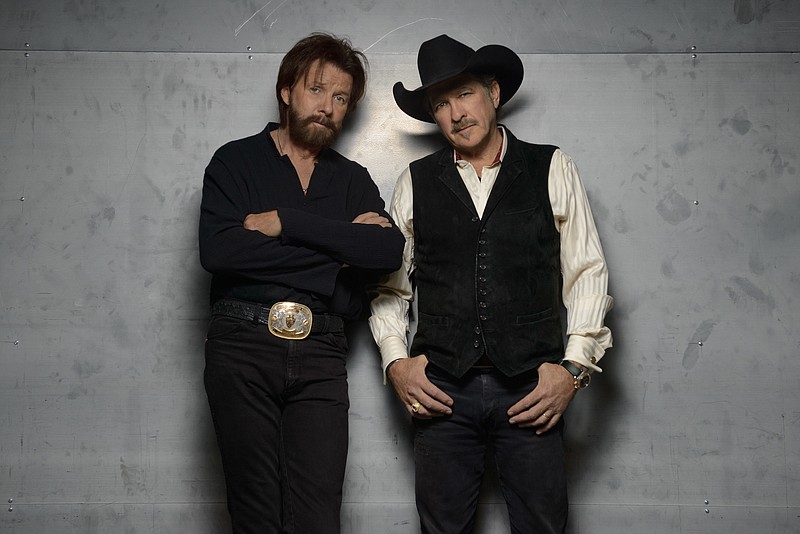 Brooks & Dunn (Special to the Democrat-Gazette)

Country duo Brooks & Dunn, on their Reboot 2023 Tour, are set to headline a concert at 7 p.m. on May 20 at North Little Rock's Simmons Bank Arena.

Scotty McCreery will be their opening act.

Tickets — $29.75-$169.75 (plus service charges, with a limit of eight tickets per household) — go on sale at 10 a.m. Friday at the arena box office, ticketmaster.com, brooks-dunn.com and livenation.com.

VIP packages may include premium tickets, an invitation to the Neon Lounge, an exclusive poster signed by Kix Brooks and Ronnie Dunn and a VIP merchandise gift. Visit vipnation.com for more information.