Fayetteville lines up proposed trail projects for the year 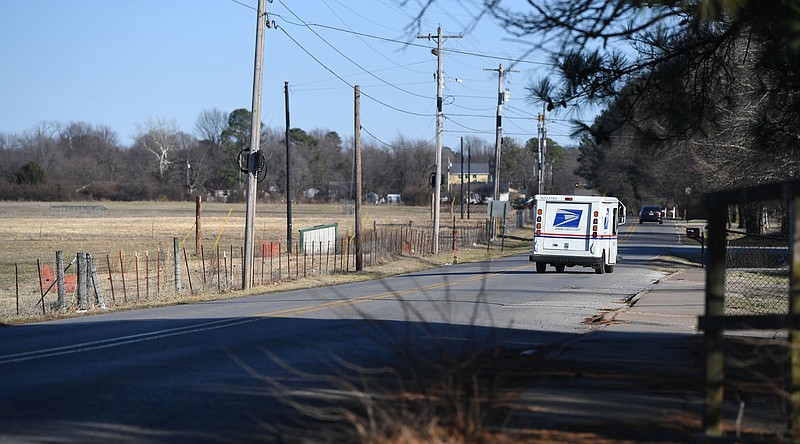 Traffic passes Friday, Jan. 20, 2023, along Deane Street in Fayetteville. The city has five trail projects on its list for this year, including the more than 2-mile Midtown Corridor Trail that will run along Deane, Sycamore and Poplar streets.Visit nwaonline.com/photo for today's photo gallery. (NWA Democrat-Gazette/Andy Shupe)

FAYETTEVILLE -- The city of Fayetteville has five trail projects on its list this year that would total nearly 6 miles if completed.

The largest project on this list is the more than 2-mile-long Midtown Corridor trail along Deane, Sycamore and Poplar streets. The next-largest is a 1½-mile-long trail on Arkansas 112 from Howard Nickell Road to Truckers Drive that would connect to Clabber Creek trail. However, the state says that project may happen in 2024.

Lastly, the city hopes to move the Razorback Greenway through what will become the civic plaza of the arts corridor downtown once construction begins at the Walton Arts Center parking lot.

Four of the five projects would be done by contractors or the Arkansas Department of Transportation. City crews will do the Mission Boulevard project.

The city hired a construction manager, Crossland Heavy Contractors, to oversee the Midtown Corridor trail project, and hopes to get a company hired soon to do the construction work in the next month or so, said Matt Casey, engineering design manager with the city. Construction could start in late spring or early summer, he said.

The trail would start at Stephen Carr Memorial Boulevard near Interstate 49, run along Deane Street, have a piece running south on Garland Avenue and connect to Sycamore Street. From there, the trail will run north along the Razorback Greenway, head east on Poplar Street and connect to College Avenue. A tail piece will connect from Poplar Street south to Gregory Park.

Plans have been underway for the Midtown Corridor since 2019. The Walton Family Foundation gave the city a $410,000 grant for design. The city would use a combination of trail and transportation bond money for construction. Estimated budget on the entire project, including street, drainage and traffic light improvements, is $14,297,765. Estimate on the trail portion is $3 million.

About 1½ miles of trail would go along Arkansas 112 from Howard Nickell Road east to where the highway turns south to Truckers Drive. The city initially anticipated the project would happen this year, but scheduling for the project is up to the state, said Matt Mihalevich, the city's active transportation manager.

A contractor also would build a 4,707-foot-long trail on Garland Avenue from Melmar Drive north to Drake Street. The plan is to use transportation bond money, capital budget money and help from the state to complete the project. The city still has to acquire right of way for the project and work out an arrangement with the state, Mihalevich said. Garland Avenue is Arkansas 112 along that stretch.

The city has been working with the state on the project to address questions and concerns about it, Mihalevich said. The Transportation Department needs to issue a permit for the city to do the work because Mission Boulevard doubles as Arkansas 45.

The permit for the work has been going back and forth between reviews and resubmittals, but should be ready by spring at latest, Parker said.

It's possible city crews could work this year on a project scheduled for 2024. During its December meeting, Active Transportation Advisory Committee members discussed the possibility of building a 986-foot-long paved trail along a gravel pathway between Dinsmore Trail and Old Farmington Road, south of Centennial Park. There's already a power line easement between the two roads and the land is vacant.

Arnold Smith, a member of the committee, suggested the idea.

Putting a paved trail from Dinsmore Trail to Old Farmington Road would provide a simple route for nearby neighborhoods to use, creating a loop around the park that would avoid heavy car traffic to the south, Smith said.

The final project scheduled for the year is to move the Razorback Greenway running through what is now the Walton Arts Center parking lot downtown. Work on the trail would have to wait until construction begins on the civic plaza of the arts corridor, known as the Ramble.

The plan is to start construction of the civic plaza in August or September, said Peter Nierengarten, the city's environmental director. The city and the contractor for the Ramble work, Nabholz Construction, have been working with Brian Reindl and his development team on the route for the trail. Reindl owns the land immediately to the south and plans to build a hotel at the southern end of the civic plaza, which the trail would go around. 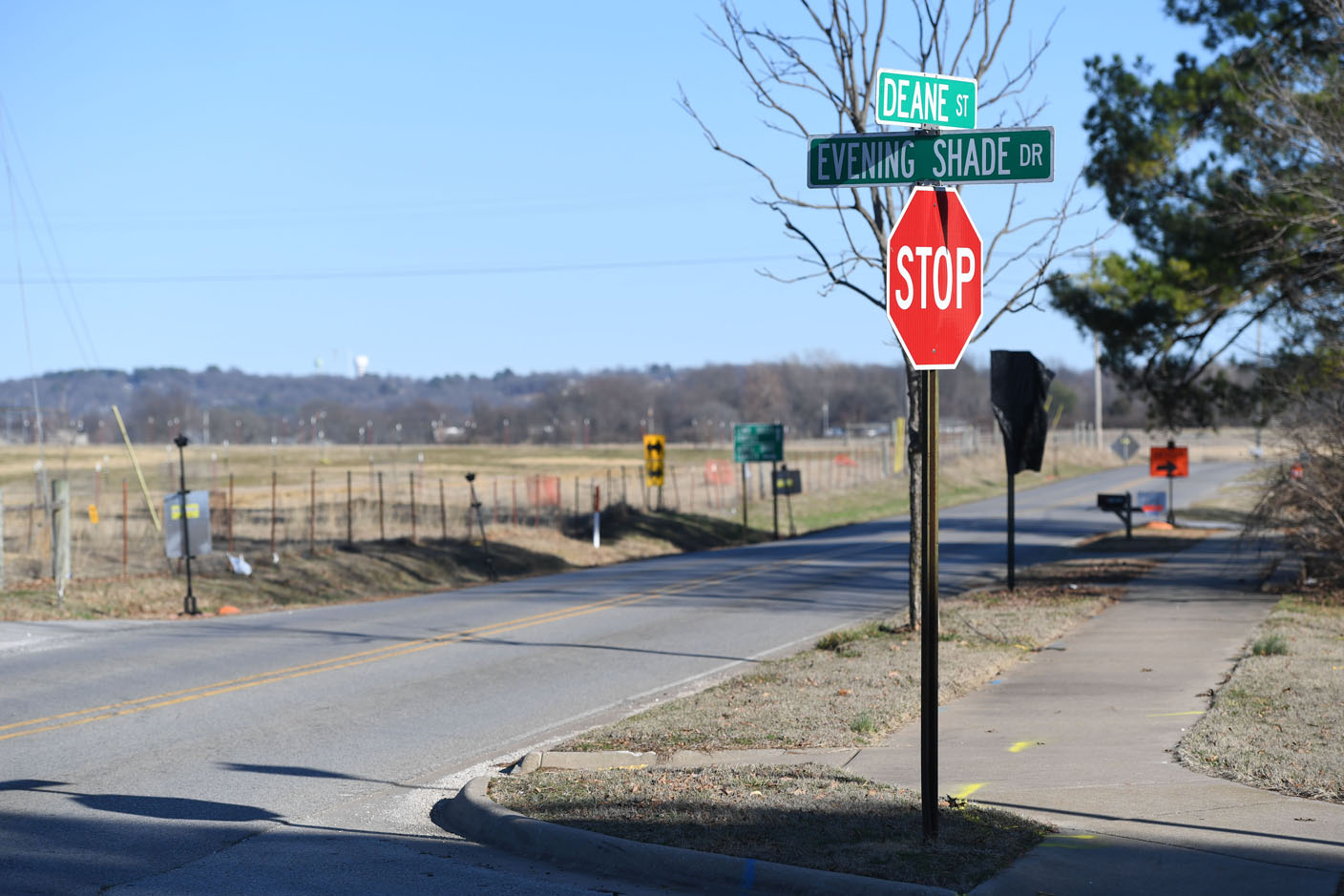 Traffic passes Friday, Jan. 20, 2023, along Deane Street in Fayetteville. The city has five trail projects on its list for this year, including the more than 2-mile Midtown Corridor Trail that will run along Deane, Sycamore and Poplar streets.Visit nwaonline.com/photo for today's photo gallery. (NWA Democrat-Gazette/Andy Shupe)
2023 trails plan
The following list breaks down the proposed trail projects in Fayetteville for the year:

Print Headline: City lines up trail projects for the year