Barnett found guilty on all charges for role in Jan. 6 Capitol riot 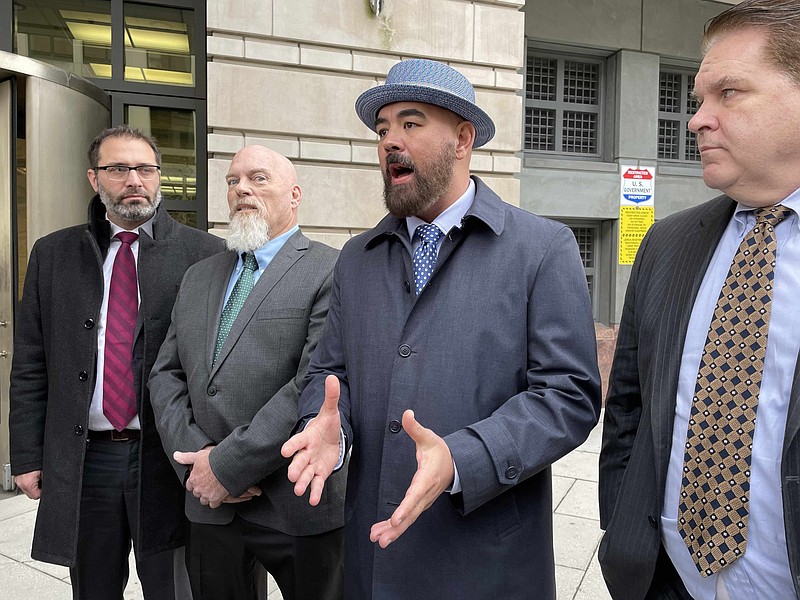 WASHINGTON — The Arkansas man photographed with his foot on a desk in House Speaker Nancy Pelosi’s office was found guilty on Monday of all eight charges filed against him in connection with the Jan. 6, 2021, riot at the U.S. Capitol.

Richard “Bigo” Barnett, 62, of Gravette, will be sentenced on May 3.

Barnett’s attorney, Joseph McBride, said his client could spend the rest of his life in prison if sentenced to the maximum on each charge.

After an eight-day trial with 16 witnesses, the jury deliberated a little over two hours before reaching a verdict in federal court in the District of Columbia.

“When a jury comes back that quickly, it’s usually because they have bought hook, line and sinker what the government has said, and their minds were made up long ago,” McBride told reporters outside the courthouse after the verdict Monday.

The jury consisted of six men and six woman. Six of the jurors were Black.

Barnett’s attorneys had sought a change of venue to the Western District of Arkansas, saying he could get a trial by a jury of his peers there, but it was denied.

“The government is overstepping themselves on everything they say,” Barnett said. ” I totally disagree with them as far as the verdict, and we will move forward to correct this injustice.”

McBride said he will file an appeal with the District of Columbia Court of Appeals.

“I am going home for a few months to see my daughter and my dogs,” said Barnett. “I’m very happy about that. It’s been a nice visit to D.C. this time. Thank you very much.”

After serving about four months in the District of Columbia jail, Barnett was released on his own recognizance in April 2021 and has remained free since then, with some restrictions to his movement.

After the jury read the verdict on Monday, U.S. District Judge Christopher R. Cooper ruled that Barnett could remain free on the conditions of his release.

“It would not be wise or prudent for you to violate those conditions or not show up for your sentencing,” said Cooper.

Barnett faced enhanced charges because he entered the Capitol with a dangerous weapon — a Hike ‘n Strike Walking Staff stun gun that he bought a week earlier at the Bass Pro Shop in Rogers.

Barnett’s attorneys said the stun gun didn’t work on Jan. 6, 2021, apparently because Barnett had dropped it in the shower the previous night.

Barnett was found guilty of the following charges: 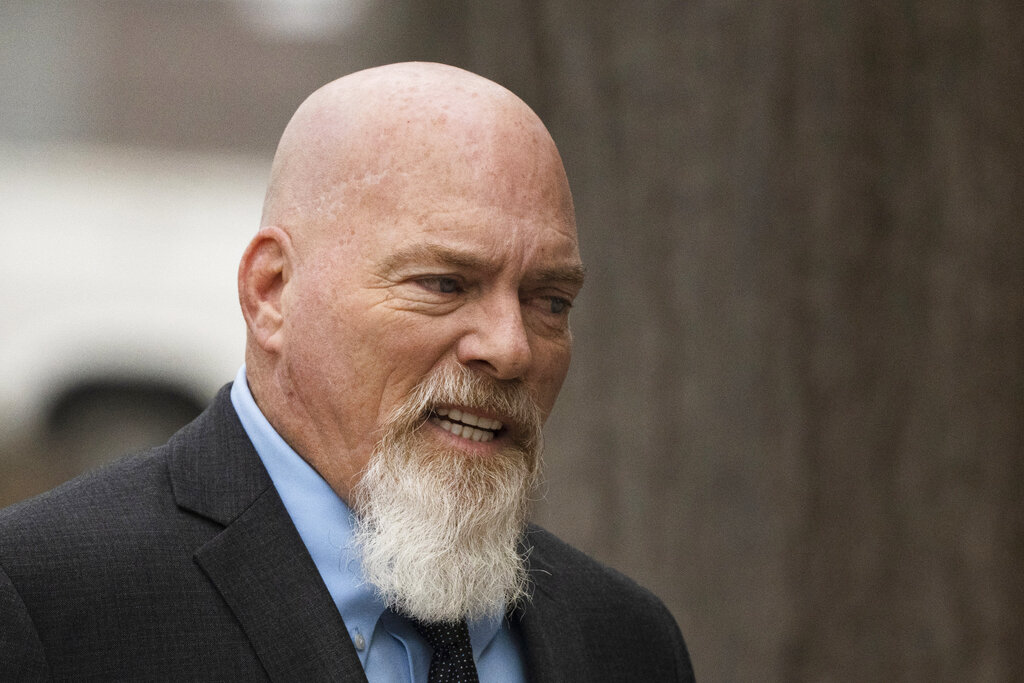 Richard Barnett, left, an Arkansas man who was photographed with his feet on a desk in former House Speaker Nancy Pelosi's office during the Jan. 6 U.S. Capitol riot, arrives for the jury selection at federal court in Washington, Tuesday, Jan. 10, 2023. (AP/Manuel Balce Ceneta)