Remember the contest where Arkansas architects and engineers played with cans of food? 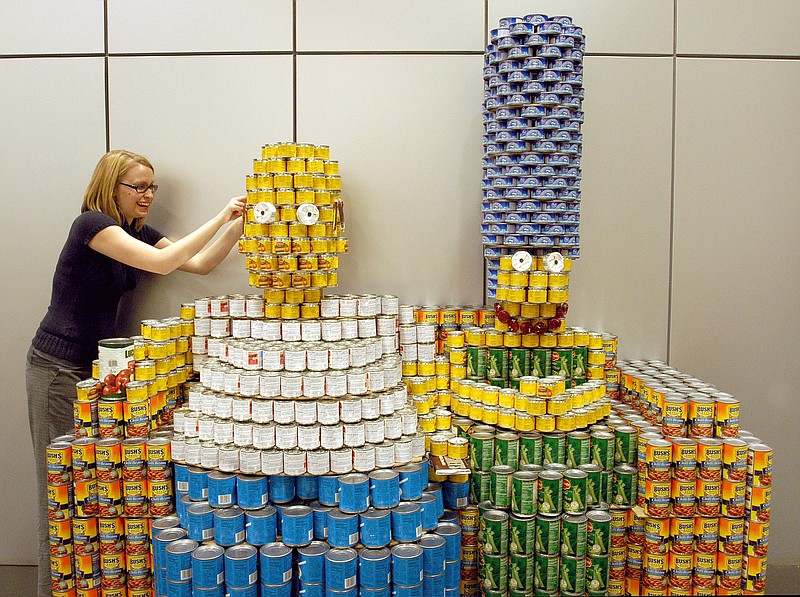 Engineers, architects and students at Little Rock and Fayetteville competed to build elaborate figures out of canned foods in CANstruction fundraisers for food banks.

In Little Rock, CANstruction events began in 2002, staged first at Park Plaza and then at the Statehouse Convention Center or the Clinton Presidential Center. Six Little Rock-based architecture, engineering and construction firms had 12 hours or two days to construct scenes using canned goods, boxes and bags.

Once the designs were taken apart, all the canned goods were donated to Arkansas Foodbank.

In similar contests at the University of Arkansas, Fayetteville, first-year architecture and landscape architecture students spent months coming up with designs, collecting materials from businesses and finally executing their design in under an hour in front of the Fulbright Peace Fountain and the Arkansas Union on campus.

The cans of food collected were donated to such causes as Cooperative Emergency Outreach, the university Full Circle Campus Food Pantry, LifeSource, Faith in Action and Community Meals at Central United Methodist Church in Fayetteville.