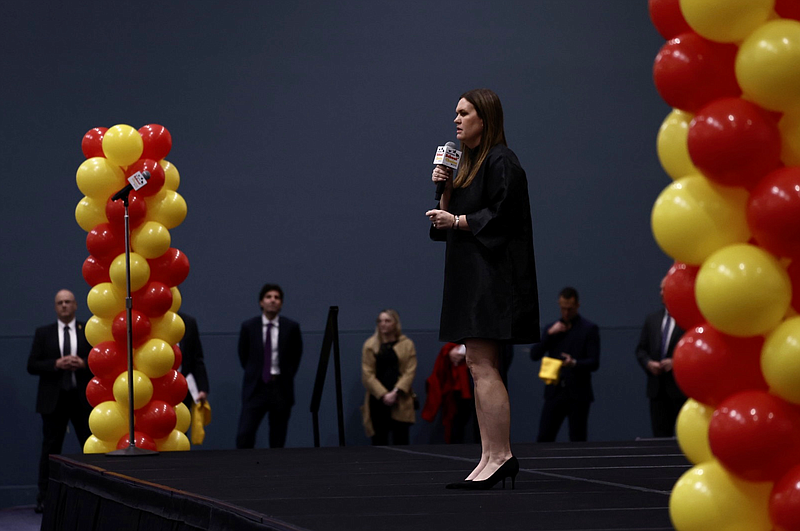 Gov. Sarah Huckabee Sanders doubled down on her push for school choice, but did not offer specifics, during a rally Monday at the Statehouse Convention Center.

“During the two years I spent on the campaign trail I spent a lot of time talking about education,” Sanders said. “To me, there is no greater place to lean into and do a much bigger and better job for the students of Arkansas, and that starts with empowering our parents. Our parents the cornerstone of a child’s success, and they must be a part of the conversation, not an afterthought.”

Before making her remarks, Sanders said she signed a proclamation declaring this week “Parental Choice Week” in Arkansas. Sanders also said an education reform package will be made public in the coming weeks that will address a wide range of issues, from school vouchers to increasing teacher pay.