OPINION | NATE ALLEN: Pinion has been lucky 13 for Hogs in SEC wins 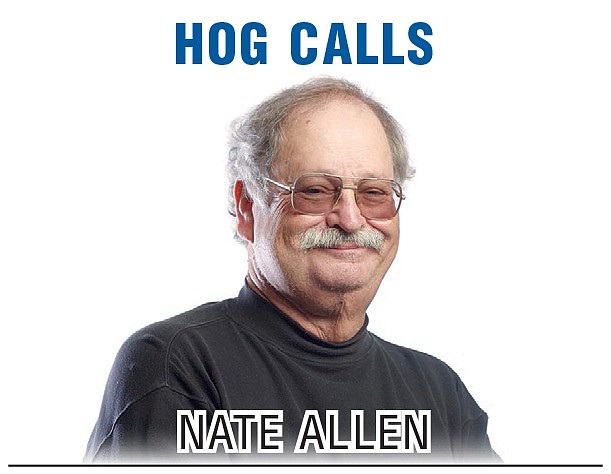 FAYETTEVILLE - Apparently for Arkansas to win a SEC game Joseph Pinion must score 13 points off the bench.

In 27 minutes Pinion rallied the Razorbacks to a 72-68 victory with his 13 points including 3 of 7 treys.

The next four, all SEC losses, Pinion first was stifled 14 minutes at Auburn. His playing time then decreased.

Musselman mused employing Pinion is all about matchups.

"We felt there were good matchups for him defensively," Musselman said. "Defensively he played well. He had four defensive rebounds. Defensive rebounding was a high, high priority. There's no doubt his 3-for-6 from the (3-point) field was extremely important to us."

"I feel like now we're seeing a pattern here," Walsh said. "Joseph, whenever he's having a big game, the team's better. The morale's up and we're winning."

"Anthony Black controlled the game when he needed to," Davis told postgame radio.

"It's like who's who in men's and women's track," Harter said.

Print Headline: Pinion has been lucky 13 for Hogs