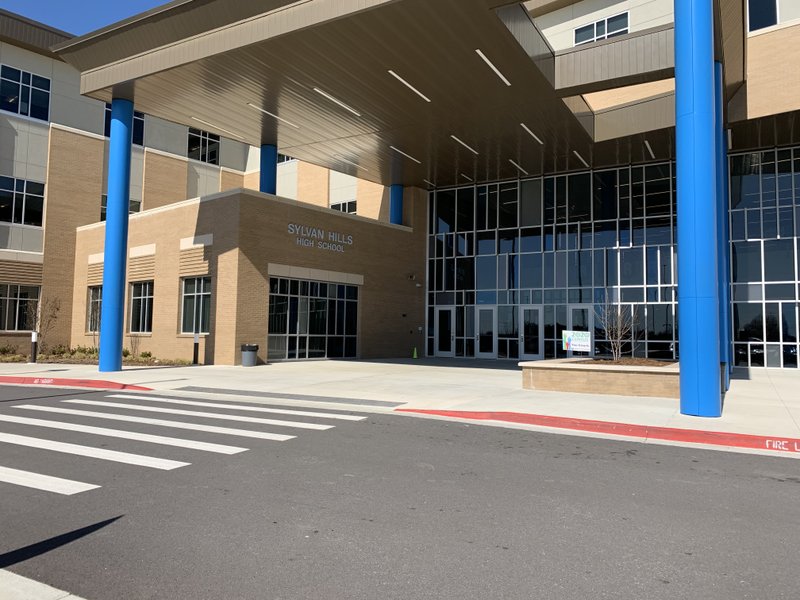 The exterior of Sylvan Hills High School is shown in this 2020 file photo.

Details have been released on the Wyoming multi-vehicle crash that killed five people from Arkansas over the weekend, all connected to Sylvan Hills High School in Sherwood.

The crash occurred Sunday evening and resulted in the arrest of one person on suspicion of impaired driving, according to the Wyoming Highway Patrol.

The incident claimed the lives of two current Sylvan Hills students and three former students, whose ages ranged from 18-23.

According to available data from the Wyoming Department of Transportation, the incident is the worst fatality crash in the state since 2019. No other crashes since then involved more than three fatalities.

In a post on the school’s Facebook page, the current students were identified as Susana “Suzy” Prime, 18, and Ava Luplow, 18. The three former students, all graduates, were identified as Andrea Prime, 23; Salomon Correa, 21; and Maggie Franco, 20.

A Pulaski County Special School District spokesperson said the group of five were on their way back to Arkansas after visiting Jackson Hole Bible College in Jackson Hole, Wyo.

According to the highway patrol, the multi-car car crash happened at mile marker 219 on Interstate 80 east of Rawlins, Wyo., which is roughly 280 miles southeast of Jackson Hole.

At 6:52 p.m Sunday, the Wyoming Highway Patrol was notified of a vehicle driving the wrong way on I-80. Six minutes later, they received a report of the ensuing crash.

Based on the highway patrol’s preliminary investigation, the vehicle that was traveling in the wrong direction was a Dodge Ram 3500. The Dodge collided with a commercial truck and a passenger car.

As the Dodge truck collided with the passenger car, the driver of a second commercial truck attempted to avoid the oncoming truck by swerving into the median.

That truck exited the median and entered the eastbound lanes. It was then that it collided head-on with a Ford F-150 occupied by the group from Arkansas.

According to the highway patrol, the second commercial truck and the Ford F-150 were immediately engulfed in flames, resulting in the deaths of the Arkansans.

Three motorists involved in the accident were taken to hospitals with critical injuries. Four others were not injured.

The highway patrol arrested the driver of the Dodge truck on suspicion of impaired driving. They could face future charges, pending an investigation.

Authorities did not identify the driver.