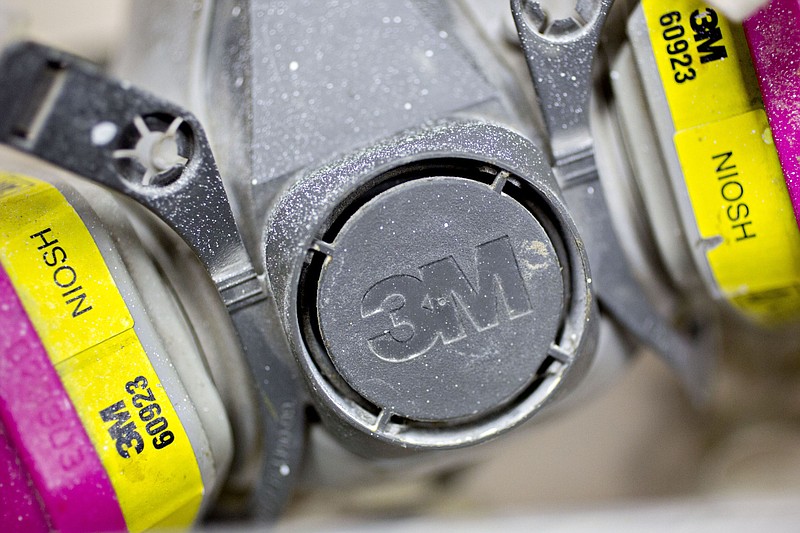 3M twice cut its full-year 2022 sales and profit outlook, most recently in October. MUST CREDIT: Bloomberg photo by Daniel Acker

"We expect macroeconomic challenges to persist in 2023," CEO Mike Roman said in a statement Tuesday. The planned job cuts are "a necessary decision to align with adjusted production volumes," Roman said.

The maker of Post-it notes, surgical supplies and touch-screen displays sees full-year adjusted earnings for 2023 in a range of $8.50 to $9.00 per share, excluding special items. That's below the average analyst estimate. Organic sales could fall as much as 3%, the industrial and consumer-goods conglomerate said.

Shares of 3M dropped nearly 5% early Tuesday after reports of the layoffs and profit forecast, before closing at $115 for a 6% overall loss on the day in New York.

The announcements follow a tumultuous year for the St. Paul, Minn.-based manufacturing giant and shows there's more turbulence on the horizon.

3M has battled softening demand in key segments, as well as mounting risks tied to litigation over allegedly defective combat ear plugs. 3M also faces liabilities over contamination caused by so-called forever chemicals, which the company plans to stop producing by the end of 2025.

The company twice cut its full-year 2022 sales and profit outlook, most recently in October, as a strong U.S. dollar and shaky demand added to pressure from inflation and supply chain turmoil. 3M had about 95,000 employees at the end of 2021, according to securities filings.