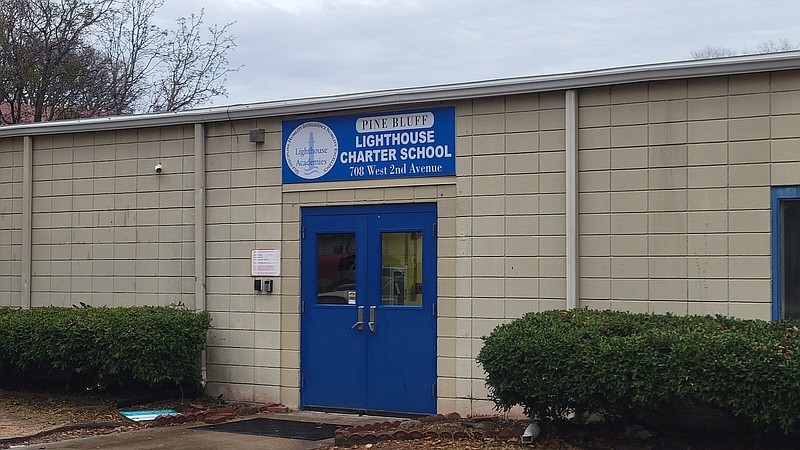 Two of Pine Bluff's charter schools -- on one campus -- could soon be operated under a different banner.

Joe Harris, CEO of the foundation behind the Friendship Aspire Academy schools in Pine Bluff, acknowledged that Friendship officials have been in communication with Arkansas Lighthouse Charter Schools concerning the transfer of three Lighthouse schools, the pre-kindergarten-through-sixth grade and seventh-and-eighth-grade schools in Pine Bluff, both at 708 W. Second Ave., and Capital City Lighthouse Charter School in North Little Rock, which serves kindergarten through fifth grade.

Friendship filed a formal petition to the Arkansas Department of Education's Charter Authorizing Panel to acquire the schools, Harris said. He confirmed Friendship officials will appear before the seven-person panel on Feb. 14 in Little Rock. That panel will either recommend to the state Board of Education to approve the transfer or vote against it.

"Nothing is etched in stone, but we have petitioned to make this transfer," Harris said, confirming the proposed move would not be a complete merger of the Friendship and Lighthouse systems. Lighthouse also operates campuses in Jacksonville.

"This is yet again an example of Friendship stepping in to help a failing school district," Harris said, although he did not clarify what challenges the Lighthouse schools are facing. Friendship has acquired the Southeast Arkansas Preparatory School in Pine Bluff, the Covenant Keepers Charter School in Little Rock and Hannah School for Dyslexia in Maumelle. Friendship is phasing out the former Southeast Arkansas Prep campus by graduating its final high school class this spring.

A message was left at the Arkansas Lighthouse Charter Schools' office in Little Rock seeking comment on why the transfer is sought.

Both Pine Bluff Lighthouse schools earned letter grades of F in the ADE Data Center's Report Card. The elementary school earned an Every Student Succeeds Act index score of 51.48, while the middle school posted a score of 51.32. The test scores in reading and mathematics well below the state average highlight the school's academic struggles.

Harris said the Arkansas Public School Resource Center is facilitating the potential transfer. The center offers support, technical assistance and training to charter schools and rural school districts across Arkansas, according to its website. The APSRC also assists with legal services, financial analysis and management, teaching and learning, technology and communications.

With the proposed merger, 324 kids will remain in their "charter seats," or stay enrolled at the schools to be acquired, Harris said. He also estimated 204 kids in the elementary and middle schools in Pine Bluff will be affected, with the others in North Little Rock.

The transfer is expected to help retain 30 Lighthouse teachers and 20 in North Little Rock.

"In the city of Pine Bluff, it will ensure people will have a choice in Pine Bluff," Harris said. "There will be one fewer option, but a state leader is stepping in to fill the gap. Parents will have a clear first choice on where to send their kids, an experienced charter operator that'll take on other schools."

Friendship has enjoyed growth in Pine Bluff with the addition of a K-1 campus at 700 S. Main St. that opened in December to accommodate an overflow of enrollees at the 3911 S. Hazel St. location, which houses grades K-4. Students who have siblings enrolled at Friendship attend the Hazel campus, with the fifth-graders at the Southeast campus at 1501 W. 73rd Ave.

The state Board of Education also renewed Friendship's charter without conditions for 10 years earlier this month, which Harris says speaks for the system's success. Friendship also operates elementary and middle schools in Little Rock.