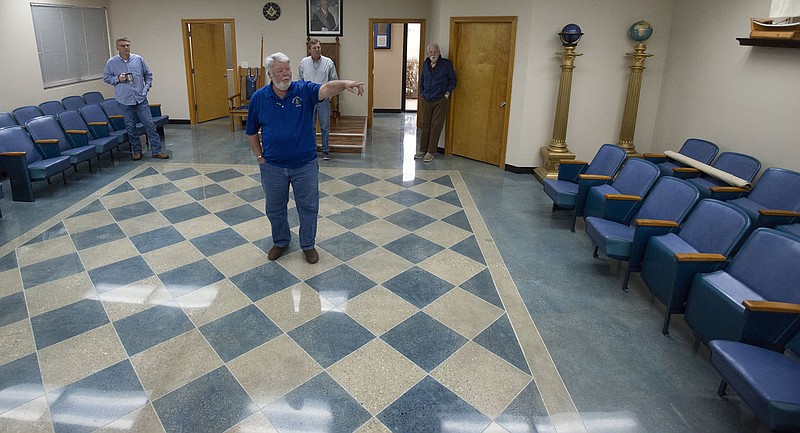 The agreement would settle a lawsuit in Washington County Circuit Court the city filed to obtain the property at 316 Spring St. by imminent domain. The law requires the city to pay market value for the property, said Ernest Cate, city attorney.

The Masons commissioned their own appraisal which put the building's value at $500,000, he added.

The city filed a condemnation lawsuit against the Lodge, and in April 2020, asked the court for and received an order of possession. The law allowed the city to take possession of the property even though the lawsuit was not settled, so the progress of the project would not stall, Cate explained.

The law also required the city to pay to court the value of the building. The $360,000 paid by the city was turned over to the Lodge in July 2020, Cate said.

The lawsuit will be settled with the city paying the Lodge in total the value of the building on the day the city took possession in 2020.

A second appraisal by the city set the value at $500,000. Cate noted the assessor originally missed about 1,800 square feet of unfinished basement.

"I think that's only fair because they have used the building rent-free for three years," said Jeff Gambill, secretary of the Lodge.

"I just wish this thing hadn't been so drawn out," he continued. "Why couldn't we have settled this three years ago?"

Cate noted the court procedures were delayed by the covid-19 pandemic.

The city will remove the building to make way for greenspace and parking as it completes the second phase of construction of a municipal complex. Colby Fulfer, the mayor's chief of staff, said the city staff expects to move into the new offices this spring.

Voters in 2018 approved $40.8 million in bond money to build the municipal complex.

The Springdale Masons are getting used to their new home, a building in an office complex on Plaza Place, members said Tuesday.

They said they miss the space they had on Spring Street. Members and their families shared many meals in the dining hall in the basement, outfitted with a full kitchen, said Kernie Campbell, Worshipful Master of the Lodge.

"Now we have a snack bar that's just big enough for a coffee pot and microwave," he said.

The Lodge members in unison said they appreciate their new building for its energy efficiency. An audit found they were paying about $4,000 a year in utility costs, Gayer said.

The former Lodge building was built in 1960 for $40,000. Harvey Jones, founder of Jones Truck Lines, paid the note, Gayer said.

The Springdale Lodge this year celebrates its 150th year of service in Springdale, Campbell noted. It was founded in October 1873.

The Lodge members have asked to keep the cornerstone of the older building, and the city has agreed.

The Lodge met for two years at the Fayetteville Masonic Lodge building before finding the current building. The Springdale Lodge members meet every other Thursday and were paying $130 rent for each meeting, Campbell said.

They incurred cost for storage of their ceremonial pieces while looking for a new building.

The membership also had to pay to renovate their current building to meet their needs. The members themselves tore down walls that previously broke the space into offices, Campbell said.

"The floor was probably our biggest expense," Gambill said.

A modern tile pattern, with pieces alternating in blue and stone, fills the floor of the new meeting room. In the older hall, it was black and white checked.

It's a Masonic tradition, representing the porch of the temple of Solomon, Gayer said. 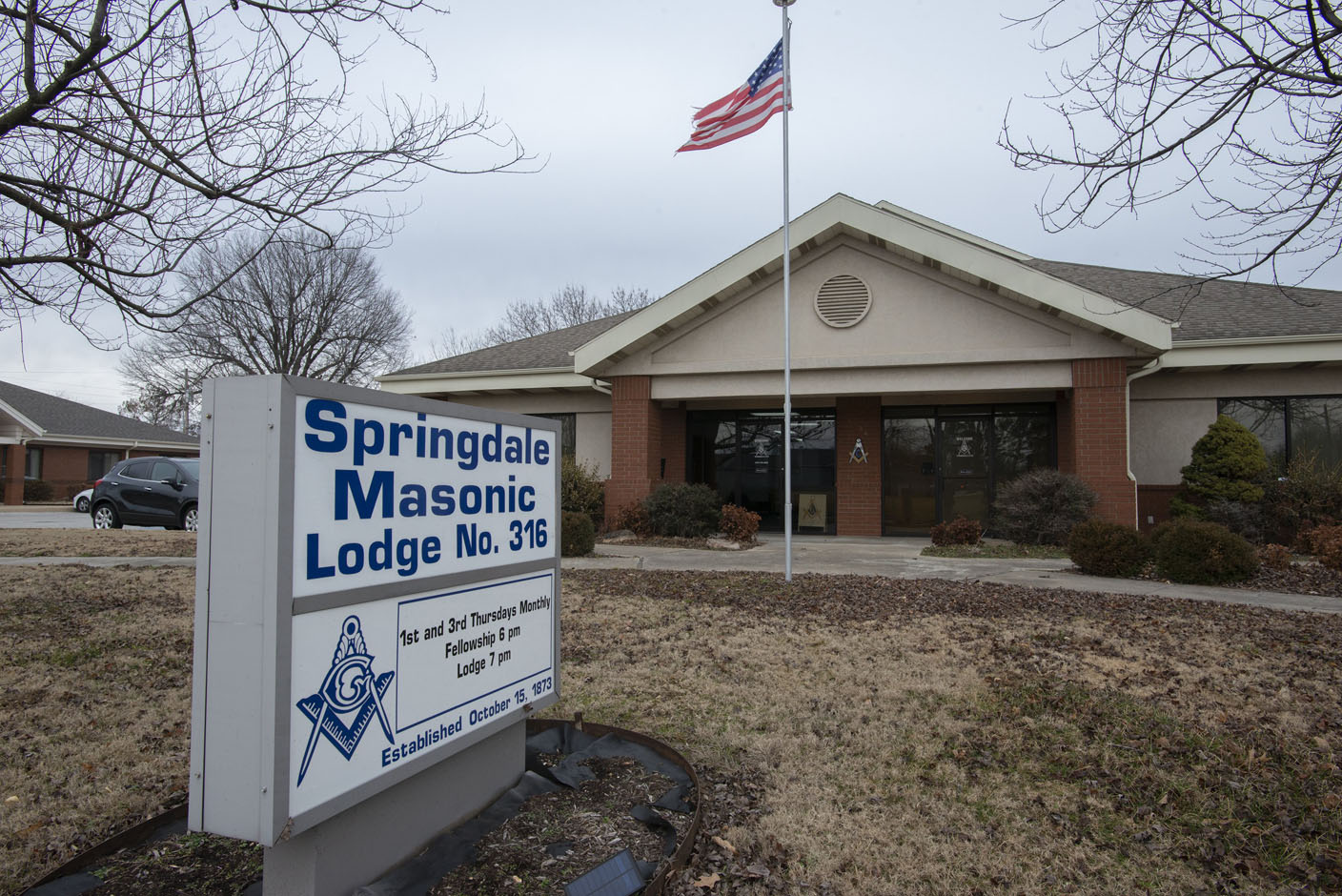