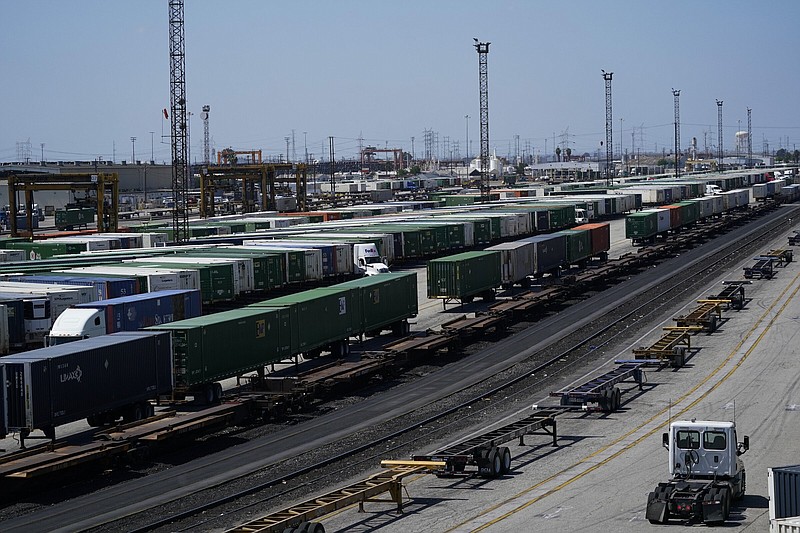 The company said its revenue grew 8% to $6.2 billion in the quarter as Union Pacific increased prices, charged more fuel surcharges and delivered 1% more freight. But its expenses were up 14% at $3.8 billion, the company said.

The results did not meet Wall Street expectations. The average estimate of seven analysts surveyed by Zacks Investment Research was for earnings of $2.75 per share.

Most of Union Pacific's key performance measures deteriorated during the quarter as the rail carrier continued struggling to hire in key locations. Its latest average head count is up 4% to 31,120 employees. The company has been hiring throughout the past year but still needs more crews and maintenance workers in certain locations. Executives said about 600 additional workers are currently in training.

Union Pacific said freight car velocity declined 3% to 191 daily miles per car, and locomotive productivity was down 5% during the quarter.

Edward Jones analyst Jeff Windau said he anticipated the ongoing hiring challenges, as well as pressure from fuel costs, which increased 43% in the quarter.

Navellier said he had hoped the rail majors would pick up additional grain volume because of low water levels last fall on the Mississippi River, which limited how much barges could transport. But, he said, it appears the railroads ultimately didn't have much available capacity to take on the extra business.

Fritz said he expects the rail carrier's performance to continue improving in 2023 as Union Pacific works to eliminate delayed deliveries and other service issues that its customers complained about last year.

Shares of Union Pacific Corp. fell more than 3% Tuesday after the results were released, closing at $203.18 on the day in New York.