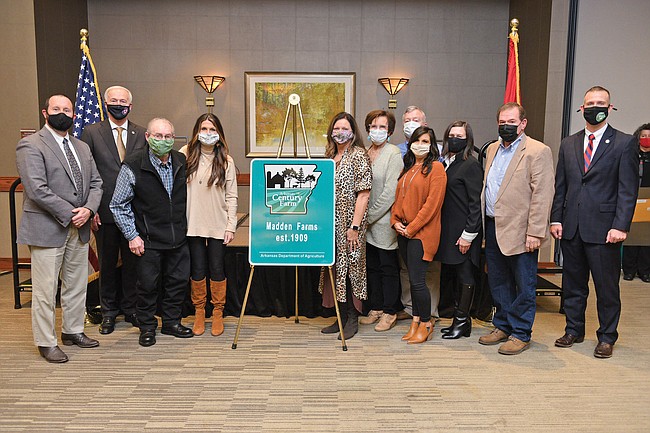 John Joseph Madden and his wife, Susan Etta Walker, moved to Jackson County, Arkansas, from Shelby County, Tennessee, in 1909. John Joseph purchased 40 acres near the community of Cow Lake and began a farming operation that still exists today. Madden Farms is one of 30 farms recognized in 2020 by the Arkansas Century Farm Program, administered by the Arkansas Department of Agriculture. The program honors farms with more than 10 acres owned by the same family for at least 100 years. During the ensuing years, the Madden family owned and operated more than 8,500 acres of far... READ MORE

CABOT — Jordan Asman of Cabot is the oldest of her four siblings and helps raise the chickens, goats and mini horses on her family’s property. It is her job to take care of the animals every day. So when she came up with the idea of celebrating her recent birthday by donating items to Cabot Animal Support Services, it wasn’t much of a surprise to her mom, Katie Asman.