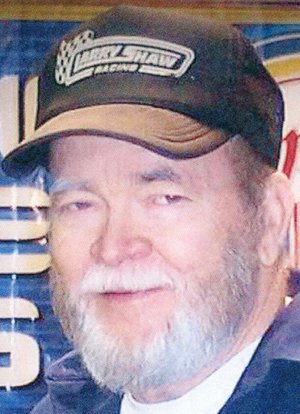 Lee Allen Forbush, age 70 of Little Rock, Arkansas passed away Tuesday, August 2, 2011 after fighting a long and courageous battle for 19 years with heart disease and diabetes. He was born the youngest of four sons and lived his entire life in Little Rock. Lee graduated from Little Rock Central High School in 1960 and worked several jobs before joining the Little Rock Police Department in 1973. He retired in October of 2005 after 31 years of service. He had a love for baseball and played Little League all the way through the Prep League after high school. He was a "wild" left-handed pitcher. He enjoyed fishing, camping, and hunting and especially loved traveling around the country with his wife watching sprint car races. For the past 19 years, almost every Saturday night you would find him at the race track watching his son Philip race. Lee liked country music with his favorites being Johnny Cash and Elvis.
He is survived by his wife of 46 years, Bobbie Gail Townsend Forbush; his son Philip Lee Forbush (wife Dee Jefferson Forbush) of Paron, Ark.; three brothers, Wally Forbush (Dolly) and Fred Forbush (Edna) all of Little Rock, Ark., and Carroll Forbush (Shirley) of Dillonville, Ohio; sisters-n-law, Betty Maxwell (Alan) of Ward, Ark., Judy Townsend and Sheila Townsend both of Little Rock, Ark., Donna Seavers (Gary) of Little Rock, Ark., and Vicky Townsend of Cabot, Ark.; one brother-in-law Stanley Townsend (Linda) of Little Rock, Ark. and his Grand Dog "TEX" and a very special friend "Snooper" his yellow lab and many nieces and nephews. He is preceded in death by his parents, William W. Forbush and Flossie B. Williams Forbush.
Funeral services will be 1 p.m. Saturday, August 6, 2011 at New Haven Missionary Baptist Church, 19824 Lawson Road, Little Rock, Arkansas (501) 821-2823 with Brother Ronnie Inman officiating. Burial will follow at Pinecrest Memorial Park. A visitation will be Friday, August 5, 2011 from 4 p.m. until 7 p.m. at Griffin Leggett Healey & Roth Funeral Home, 5800 West 12th Street, Little Rock, Ark. (501) 661-9111.
The family would like to thank all of his doctors for the excellent care he was given throughout the years, especially his cardiologist, Dr. David C. Hicks who fought the long battle with him. To sign the online guest book, please visit www.griffinleggetthealeyroth.com.