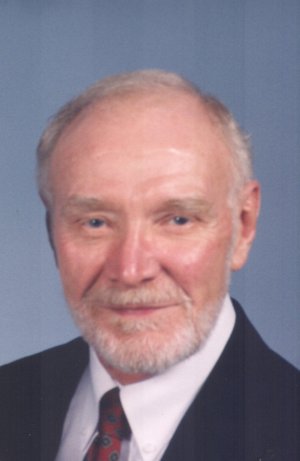 Dr. Donald Andrew Haefner, age 79, of Quitman, Ark., passed away Thursday, Dec. 22, 2011, at the Baptist Health Medical Center in Little Rock. Born in Cincinnati, Ohio, on July 27, 1932, he was the son of the late Andrew Ohm and Ella Jean (Hall) Haefner. Donald had a life-long focus on education, receiving a bachelors degree from Ohio State University, a master's degree from the University of Kentucky, and a doctorate in psychology from the University of Tennessee. He was the dean of students and vice president of student affairs for Southern Arkansas University in Magnolia, Ark., at the time of his retirement in 1997 after 30 years at SAU. During this time he was very active in international student recruitment and activities. He was a veteran of the United States Army serving a brief period in the late 1950s. Don enjoyed many outdoor activities including fishing, hiking and traveling internationally with his wife Mary Ellen, family and friends. His religious belief was Presbyterian. In addition to his parents, he was preceded in death by one sister, Marian Martin. Survivors include his wife, Mary Ellen Haefner of Quitman; one son, Christopher Andrew Haefner and his wife, Ruth, of Mansfield, Texas; one daughter, Susan Moore Haefner and her companion, Lauri, of Lubbock, Texas; and two grandchildren, Andrew and Lauren. Dr. Haefner is also survived by other relatives and his many friends. A memorial service will be held at 2 p.m. on Tuesday, Dec. 27 at the Kirk of the Hills Presbyterian Church in Fairfield Bay, Ark., with Rev. Robert Hadley officiating. A second memorial service will be held at 11 a.m. on Thursday, Dec. 29 at the First Presbyterian Church in Magnolia, Ark. In lieu of flowers, memorials may be made to the SAU Dr. Donald and Mary Ellen Haefner Scholarship Fund, SAU Foundation 870-235-4078. Arrangements: Olmstead Funeral Home, Heber Springs. www.olmstead.cc.