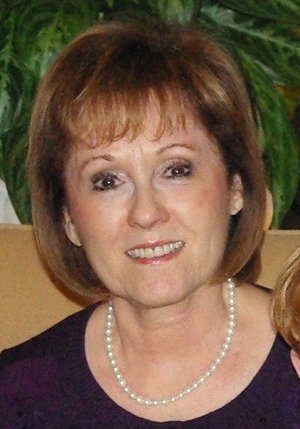 Sandra Burford Woodham, 70, of Baton Rouge, loving mother, grandmother, sister, aunt, niece and friend died unexpectedly at home Thursday morning. Funeral services officiated by Father Than Vu will be held at 5 p.m. Monday, Dec. 26, 2011 at St. Aloysius Catholic Church in Baton Rouge, La., with visitation beginning at 3 p.m. A reception will follow at the home of Troy and Karen McCullen. Burial will be at 2 p.m. on Tuesday, Dec. 27, 2011 at Mulhearn Memorial Park Cemetery in Monroe, La., followed by a gathering at the home of Chuck and Nell McCullen. Sandra is survived by her son and daughter-in-law, Troy and Karen McCullen; her son Breck McCullen; her grandchildren John Patrick, Katherine Claire, James Henry and Christopher Michael McCullen; her sister and brother-in-law Mickey and Al Sanders; and her brothers Tom and Clyde Burford. She is also survived by two aunts, an uncle, numerous cousins, nieces and nephews and many dear friends who will miss her very much. Sandra was preceded in death by her mother Nellie Odom Larche, step-father Lucien Napoleon Larche; son Kyle Jefferson McCullen; and many close family members including Emmett "Daddy" and Orma Foster, who played a special role in her life. Sandra graduated from Neville High School in 1959. She graduated from Northeast Louisiana University with a bachelor's degree in education in 1967 and a master's degree in education in 1972. She taught for many years and loved being in the classroom. John 12:24 says that "unless a grain of wheat falls into the earth and dies, it remains [just one grain; it never becomes more but lives] by itself alone. But if it dies, it produces many others and yields a rich harvest." That is the kind of "seed" she wanted to be, and that is the kind of "seed" she has become. Thanks be to God. In lieu of flowers, memorials can be sent to St. Aloysius Catholic School in Baton Rouge, La.